In transit to the first dive site 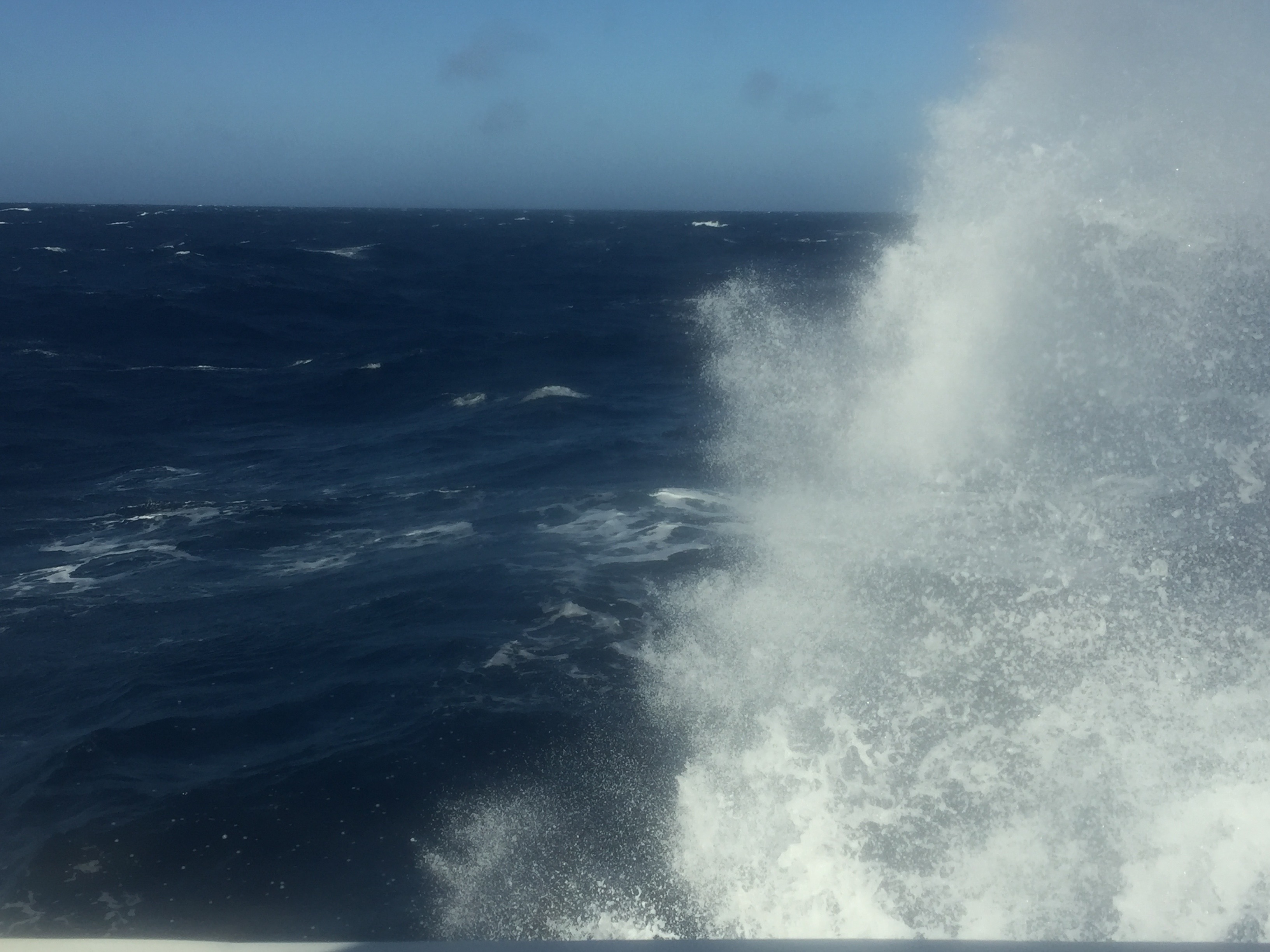 The view from the office.

Well, we are making progress! We will pass over the Blanco transform fault zone during the night and reach our first (fingers crossed) dive target in the morning. We have had to change our dive plans considerably because of the weather. We were unable to dive at either of the planned Gorda Ridge hydrothermal vent sites, and we have decided to try for a dive on vents on the South Cleft Segment of the Juan de Fuca Ridge tomorrow. It is basically en route to Axial and we will pass over it in time to do nearly a full day’s dive if Neptune, the mythical god of the seas, allows. There are hydrothermal vents there that have not been sampled in over a decade and, while for population genetic diversity purposes they are not as distant from the Axial Seamount vents as the Gorda Ridge sites would have been, they still will provide good data points. 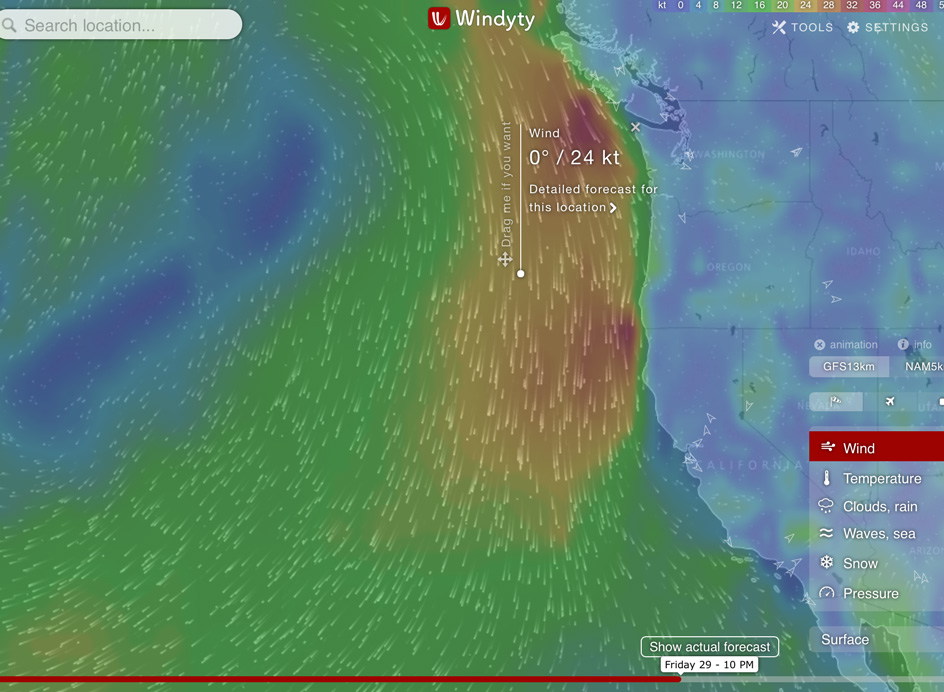 Wind map showing forecasted conditions in the NE Pacific this evening, with our location (white dot). Our experience this week is that the wind has been considerably higher than the forecast.

The wind continues to blow hard but the seas are not quite as bad as they were yesterday. The sun even came out for a while. We busied ourselves today preparing sampling equipment for the ROV.

Unfortunately we have not surveyed South Cleft to have high-resolution AUV bathymetry data for a base map in the real-time GIS we use to guide our ROV dives. The good folks on the R/V Rachel Carson ran surveys with the MBARI mapping AUV last week at Axial to collect bathymetry data that we will use for some of our dives later in our expedition. They are heading back out to Axial right now on their second leg of the Northern Expedition, and are unfortunately experiencing the same difficult sea conditions as we are.