Observations at the CASM vent site 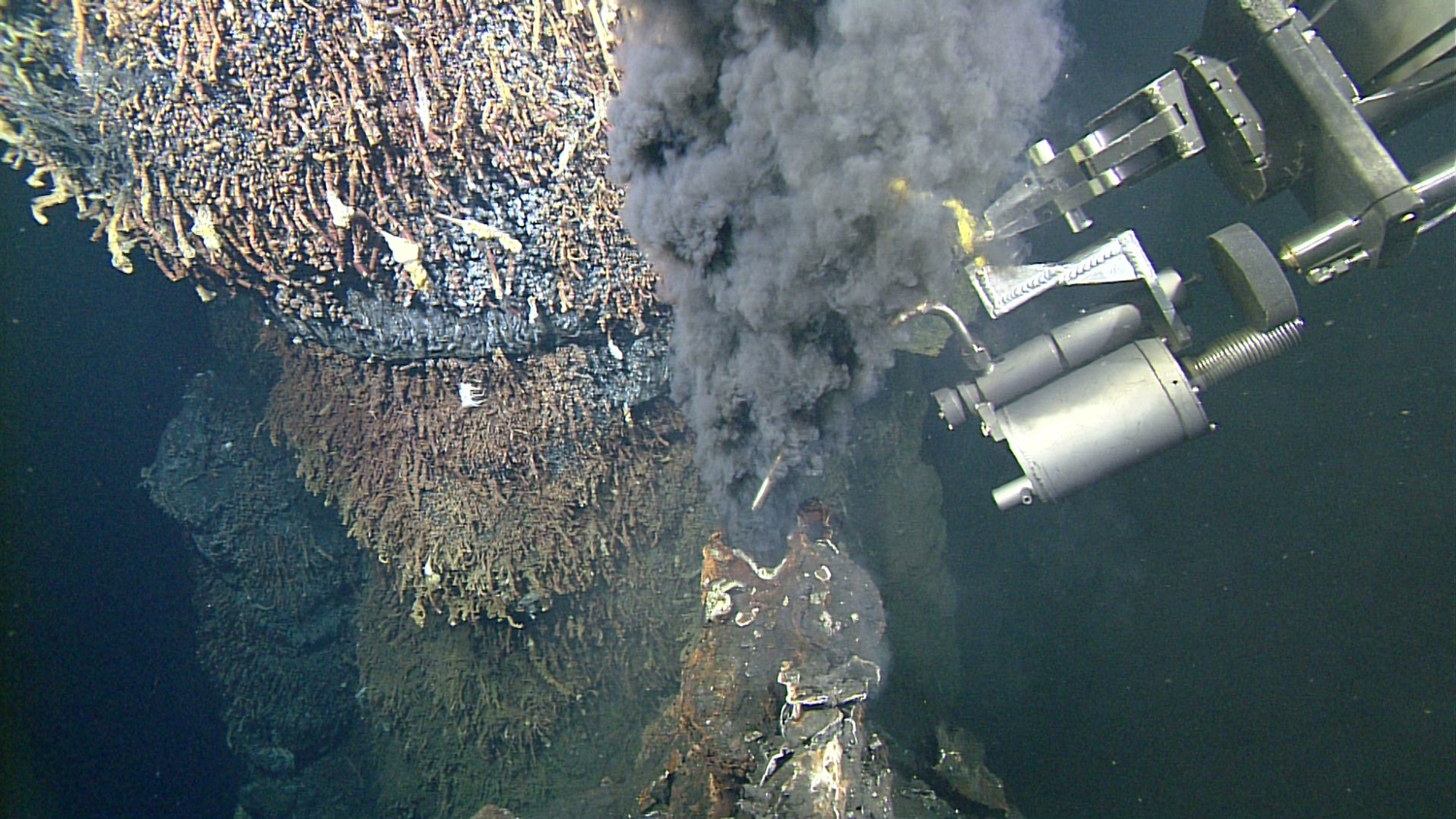 Our dive today started with biology collections at the CASM (an acronym for Canadian American Seamount) vent site on the northern caldera floor at Axial. Then we headed north up the caldera wall and crossed several old, heavily sedimented flows, and ended with geology collections on two flows that formed as part of the April 2015 eruption and that we discovered when we compared AUV bathymetry collected before and after the eruption. We found two areas of low-temperature venting with one measured at 32o Celsius and lots of orange mat there but no megafauna.

The vent field at CASM is very compact, and we were able to explore most of the chimneys in about 30 minutes. Working in the deep sea is incredibly expensive, and we try to pack as much into each dive as possible. Since CASM was a smaller site, we took the opportunity to stop and look around carefully. At sites with more diffuse venting, we saw an abundance of palm worms, Paralvinella, millions of limpets, Lepetodrilus fucensis, provannid snails, scale worms, and munidopsid crabs.

The margins of the 2015 flows are thin and have lots of lava lobes extending across the underlying sheet flows in complex patterns. The second flow has lovely channels, pillars, and lineated sheet flows—all quite spectacular. These are strange flows! There are hundreds of exploded pillows, including one that is probably a shatter ring that looks like a 15-meter-wide low cone in the bathymetry. The exploded pillows have very thin crusts, and many small pillows are hollow with thin rinds only. The lava samples have a lot of gas vesicles in them. It was a very gassy magma, and high gas content might help account for the fluidity of the flows.

At the CASM vent field we came across one large chimney absolutely covered by tubeworms, Ridgeia piscesae, of the “short and fat” morphotype. The short and fat morphotypes live in high-sulfide environments characterized by vigorous hydrothermal flows and higher temperatures. They have a high reproductive output compared to the “long and skinny” worms and tend to have shorter lifespans. The long and skinny worms reside in areas of lower sulfide and tend to live longer, but have much lower reproductive output. The red plumes of the two morphotypes are visibly different, and it was once thought that these were two different species.

Similarities in gene sequences have confirmed that the two morphotypes are, in fact, a single species that exhibit extreme morphological plasticity (variability within a species). Although population genetic data tell us that the morphotypes are a single species, studying how genes are programmed to be “on” or “off” between the morphotypes can help us to understand the genetic factors producing this extreme morphological plasticity. Epigenetics is what we call the study of the various mechanisms that control this genetic programming. We collected the different morphotypes from two locations using the temperature probe to record the temperature of the vent fluid around the collection sites. The pilots used the robotic manipulator arm to collect and place the tubeworms into the biobox.

Similar to the manner in which the tubeworms respond to the temperature gradients around hydrothermal vents, two sister species of palm worms, Paralvinella palmiformis and P. sulfincola, inhabit different thermal regimes. They exhibit differences in how they regulate the constellation of proteins involved in dealing with thermal stress. We, again, used the temperature probe to gather contextual data from the environment before we collected the worms. We used the suction sampler to collect the palm worms into one of several rotating canisters. 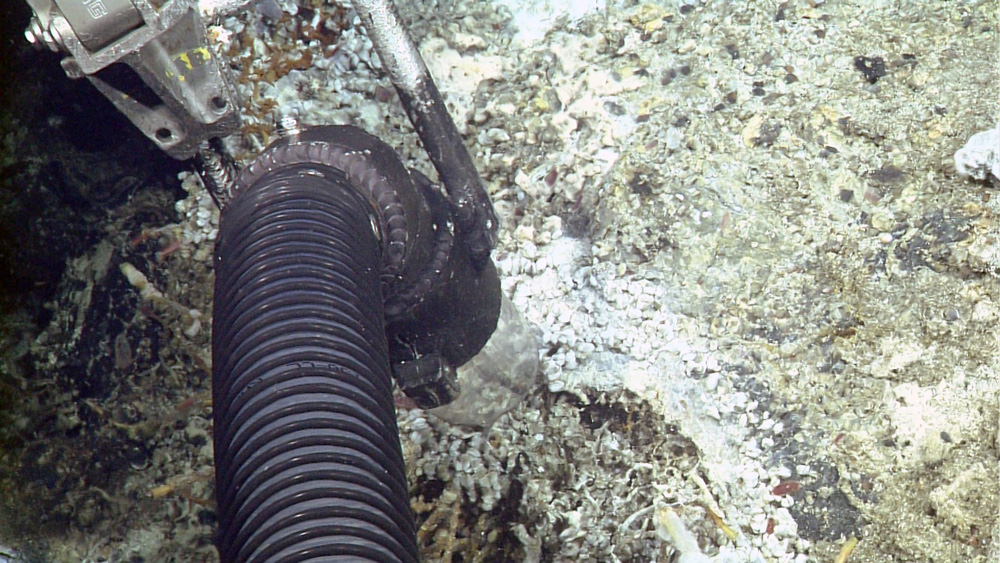 Using the same genetic methods that we use for R. piscesae, we will probe the two species of palm worms in an effort to understand whether similar genetic mechanisms are responsible for the extreme morphological plasticity within R. piscesae and the difference in the upper temperature limit between the two species of palm worms. Studying these worm taxa in extreme environments will help us to understand how genetic programming is encoded in the genome that produces morphological plasticity and how environmental niches contribute to the formation of species.