Our departure was timed with the high tide and we slipped from the sleepy, foggy, calm waters of the harbor into Monterey Bay right on schedule. We are eagerly anticipating exciting science on the ROV dives ahead, but we’re not at all excited about the windy weather predicted for our transit north. A high pressure system is centered near Axial Seamount, our destination later in the week. That makes for lovely weather there, but it means the winds are howling along the coast, which we must transit along to get there. The wind ahead of us is currently blowing 35 knots, which is gale force, and is predicted to build. The zone of greatest intensity is to broaden over the next few days. 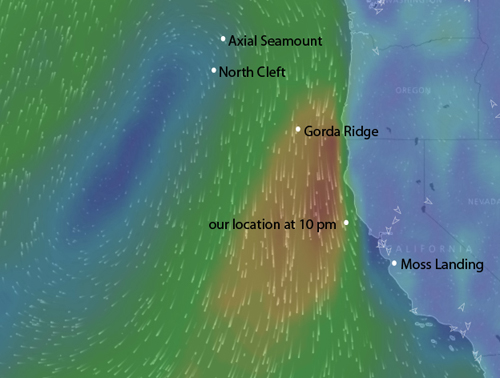 Wind vectors over the northeast Pacific at the time of our departure. Red area indicates wind exceeding 32 knots. Our planned dive sites and our approximate location at the end of the first day of transit are indicated.

It was clear from the weather forecast several days ago that our planned dives on the Gorda Ridge, en route to Axial but in the worst of the wind, were likely to be impossible. We must pass by Gorda anyway and can confirm that it’s bad there. Then we will cross to an alternative site on the North Cleft Segment of the Juan de Fuca Ridge where the wind, while not exactly calm, should not hamper our ability to dive. We can then continue up to Axial under better conditions. 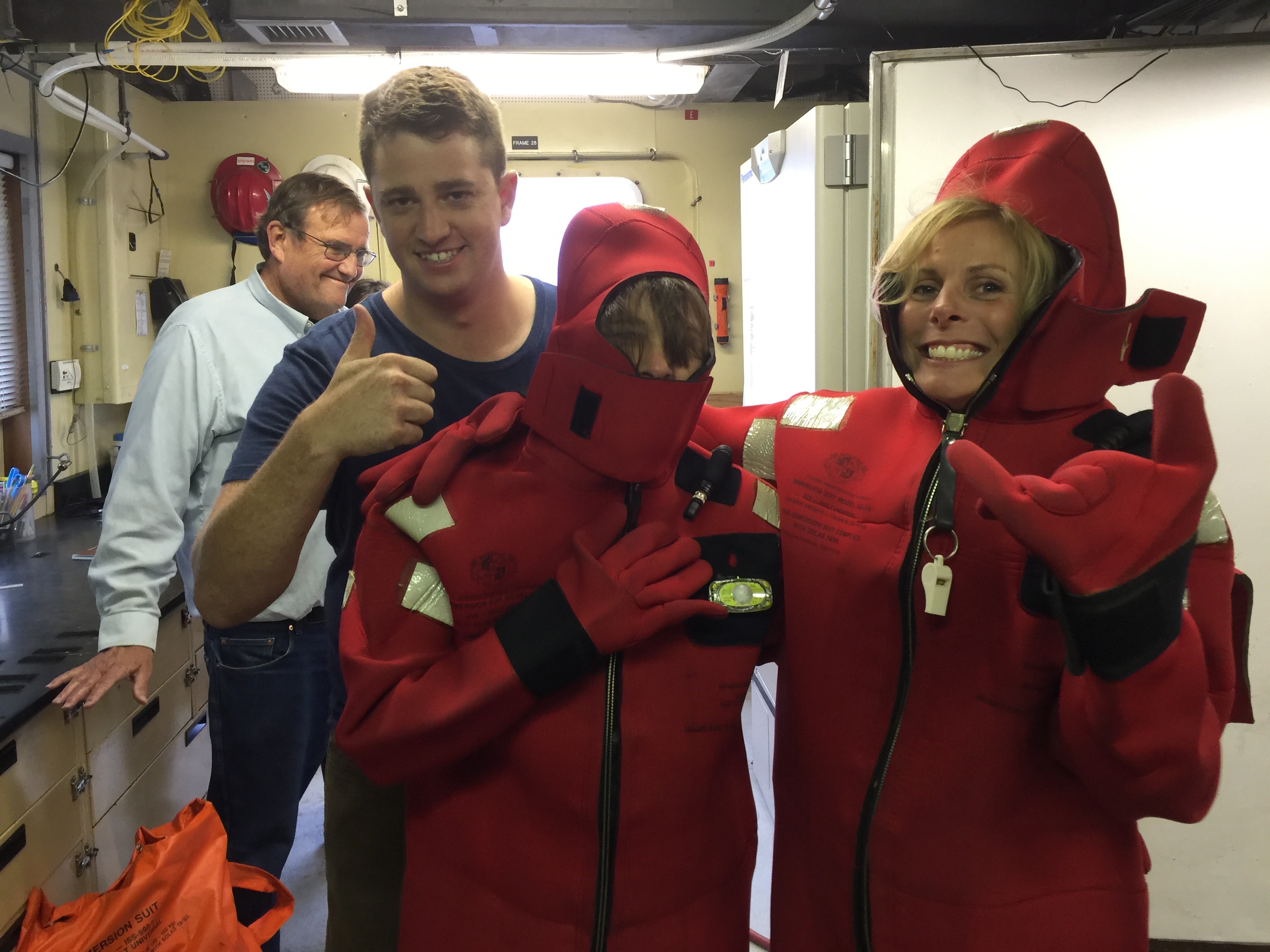 Second Mate Trevor Daviscourt giving Kris Walz and Shannon Johnson tips on how to get their immersion suits fully zipped up during our safety briefing. These suits provide essential protection from the elements should we be forced to abandon ship. Jim McClain is photobombing behind them.

Monterey Bay was glassy calm and we had our requisite safety briefing first thing. We steamed quickly past Santa Cruz and several humpback whales. The lumpiness began as we “turned the corner.” Through the day the wind blew harder and the swell steepened. Through the evening we still are making eight knots, so while it will be a rough night, we still are making progress toward our first dive.