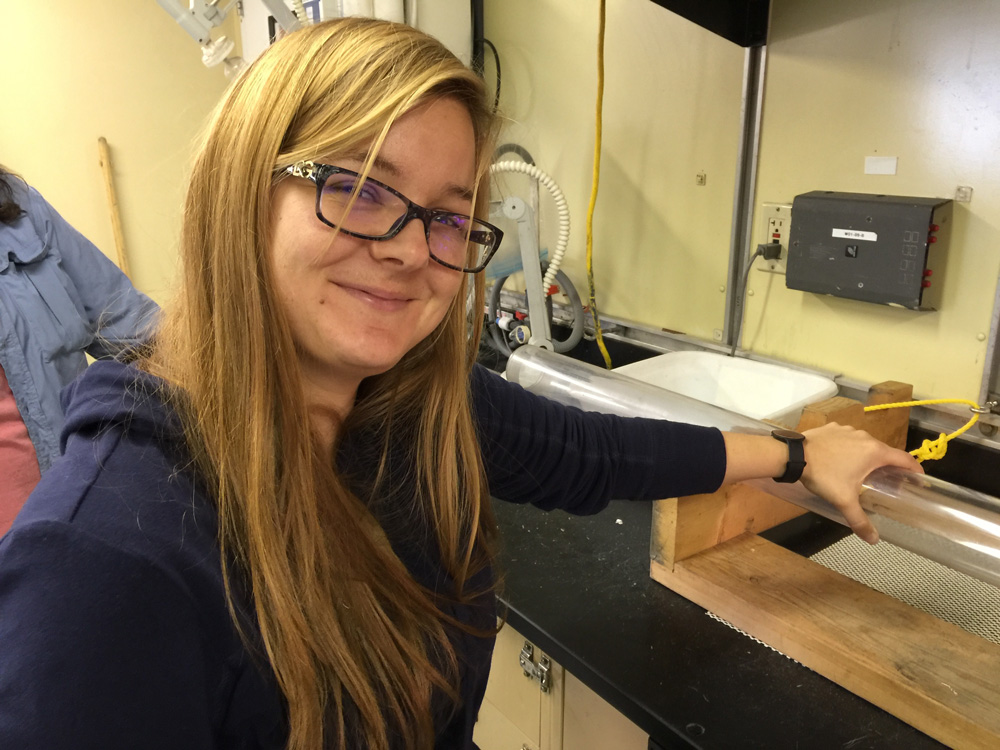 The goal of this dive was to sample the different flows from the valley of the eruptive axis of the Vance Segment toward the eastern flank of the South Rift of Axial Seamount. The Vance Segment is the next spreading ridge segment south of the one that Axial Seamount is on and overlaps with it in this area. Multibeam sonar bathymetry collected from ships suggests that enormous lava flows from Axial may have flowed many kilometers and partially filled the Vance valley with lava about 120 meters thick. Our mapping AUVs collected bathymetry of a portion of these flows just last week.

From east to west, the dive crossed large flows characterized by a high variation in sediment thickness. Push cores are used to collect sediment; radiocarbon dating of fossil shells from the base of the core after the cruise will give an age of those flows. This information is necessary for the reconstruction of the chronology of eruptions.

High variability of the sediment cover. Long push core of 110 centimeters on the oldest flow observed during the dive (left). Younger folded sheet flow with less than 20 centimeters of sediment accumulated between folds is the flow that initiated from the Axial rift zone (right). The light-colored patches mark burrows of animals living in the sediment. 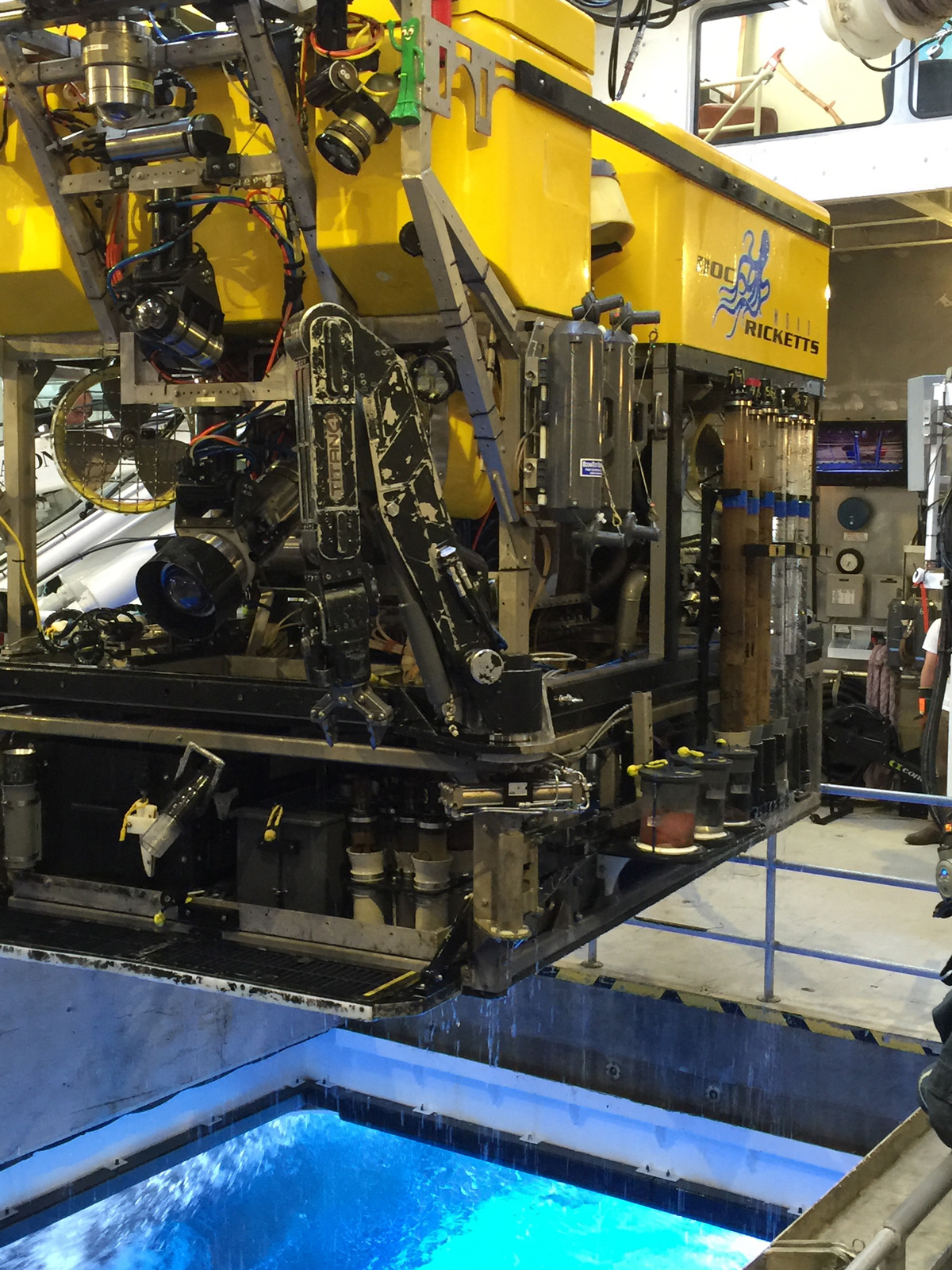 The ROV Doc Ricketts as it is being recovered through the moon pool in the center of the R/V Western Flyer. Long push cores are on a swing arm folded back along the side of the vehicle; two are full of sediment. Short push cores and rock samples are hidden in the hydraulic sample drawer that is retracted underneath the vehicle. The blue water of the open ocean and one pontoon of the ship (which is twin-hulled) are visible through the open moon pool doors. The doors close beneath the vehicle; once the ROV is secured atop the closed doors, we rush out and get our samples!

During the dive the thickness of the sediment provided an indication of the relative ages of the flows. Just to the west of the axis of the Vance Segment, a pillow lava flow was covered completely by sediment. A long push core on this flow revealed the sediments are about 110 centimeters thick. Flows with similar sediment thickness have been dated at about 40,000 years (we won’t have dates from these samples for many months). The western front of this flow is in direct contact with the voluminous flow the map shows initiated from the Axial rift zone farther west. It is a sheet flow covered by less than five centimeters of sediment, which suggests the flow may be younger than a thousand years. 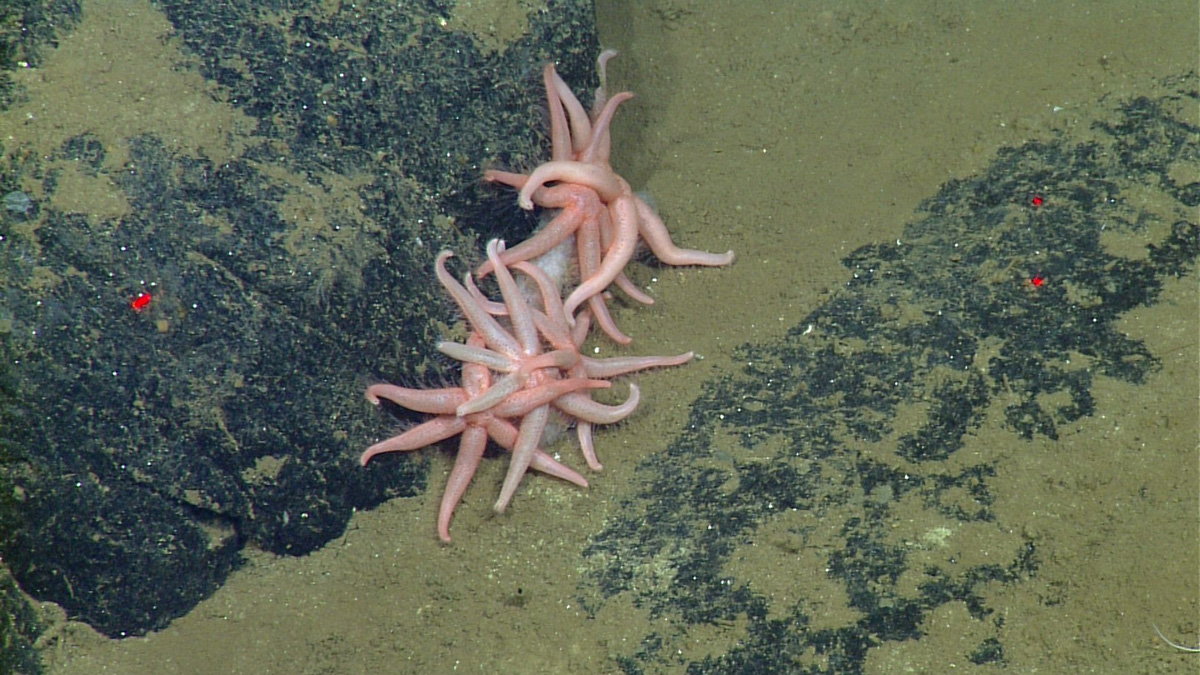 Sea stars clustered on, and presumably eating, a white sea cucumber. This species of star has six arms, which is unusual as most species have five. The red laser dots are 29 centimeters across for scale. 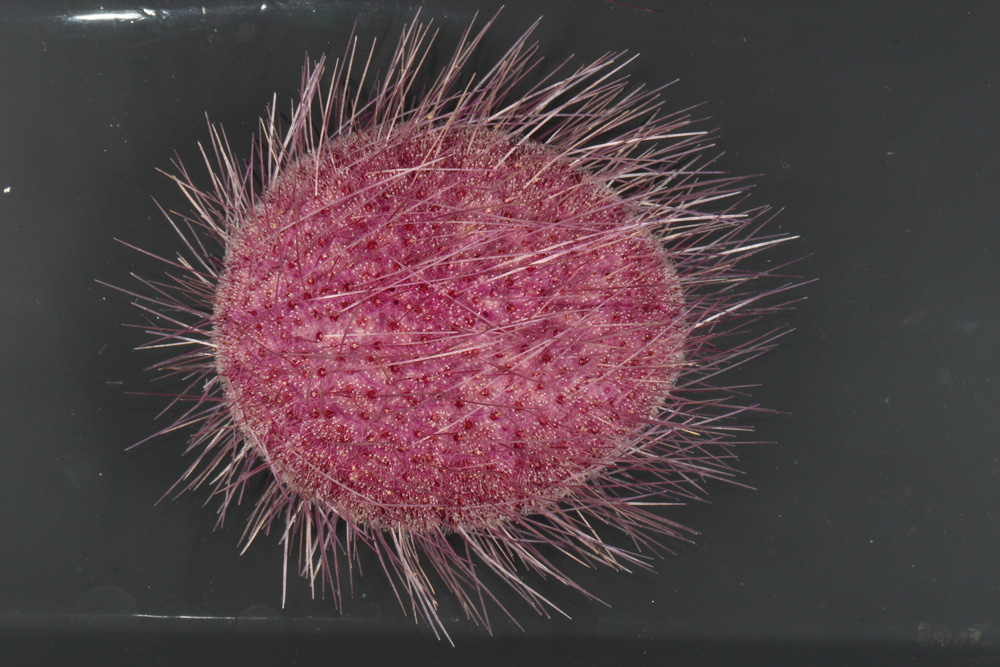 Microscopic view of a beautiful sea urchin we collected yesterday in a push core. It is likely a new species in the genus Pilematechinus and is about 10 centimeters long. 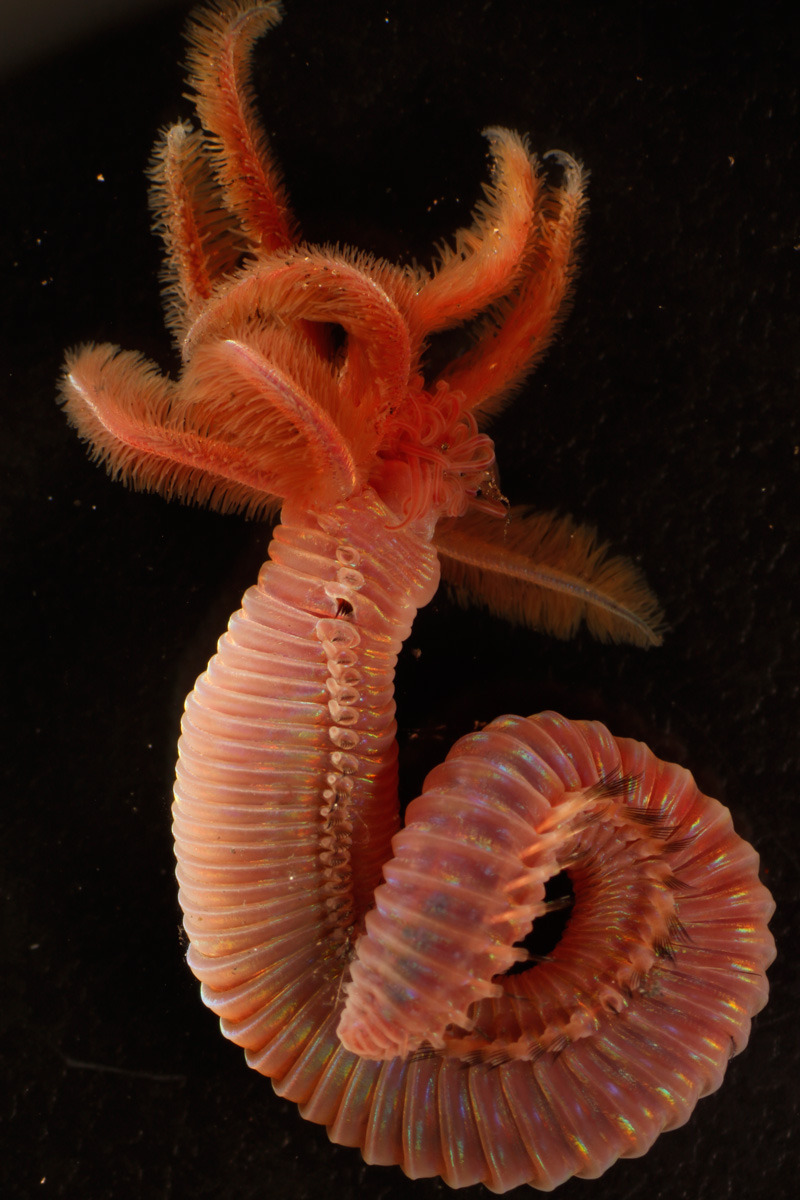 One of two species of palm worm (Paralvinella) we collected yesterday from the CASM hydrothermal vents, as seen under Greg Rouse’s microscope. It is about two centimeters long.