Simultaneous mapping with light and sound, at the scale of the biology 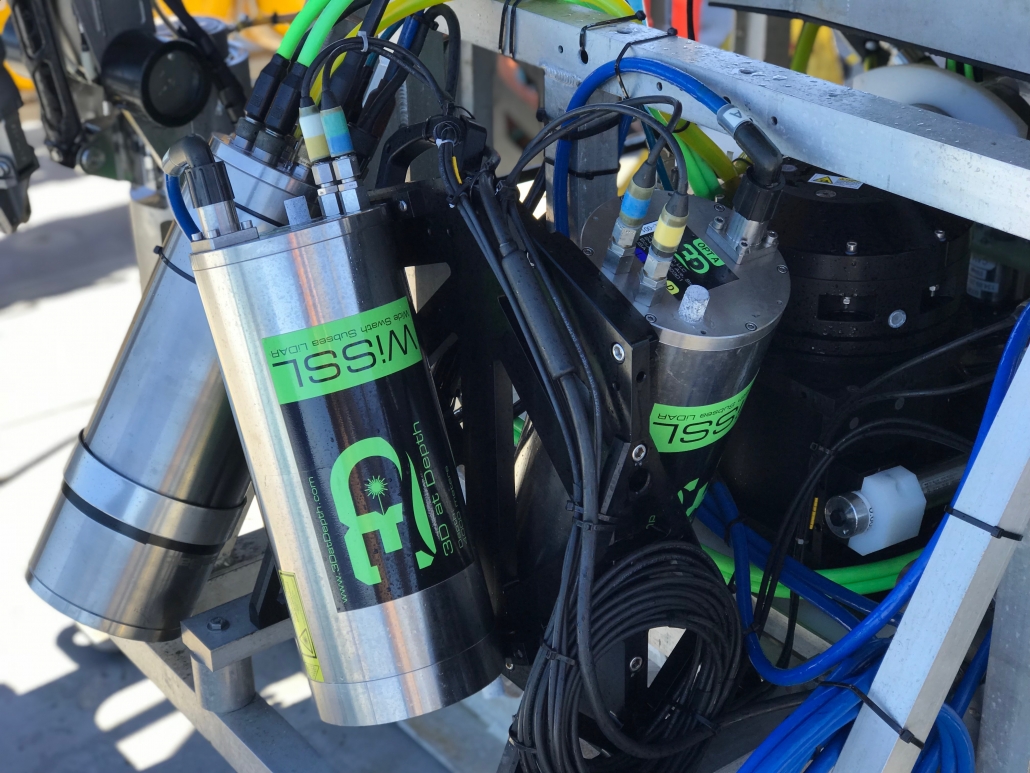 The Low Altitude Survey System is being developed by the Ocean Imaging Project of the Seafloor Mapping Lab. It includes lasers (wide-swath Lidar), multibeam sonar and stereo cameras, and is flown close to the seafloor, at just 3 meters (9.8 feet) altitude, to produce maps that image objects as small as one centimeter. When mounted to an MBARI ROV, the tool sled can articulate so that inclined surfaces, such as canyon walls or hydrothermal chimneys, can be mapped as well as horizontal surfaces. Navigation of the vehicle is precisely controlled by software, rather than by a pilot.

The lasers image animals with soft tissues while sonar passes through soft tissues, so the difference between those maps reveals animals such as sponges and corals. The photographs can show if the animals are living or dead, and with precision enough to quantify them. The photos are geo-referenced to the maps, so they can be draped on the bathymetry for a realistic image of the seafloor from which 3D measurements can be made. These surveys enable studies of geological, geochemical, and biological processes that modify the seafloor at fine scales, and also support ecological research through comprehensive mapping of seafloor habitats at the scales of the animals that live there.