Wrapping up our Canadian Arctic 2017 expedition 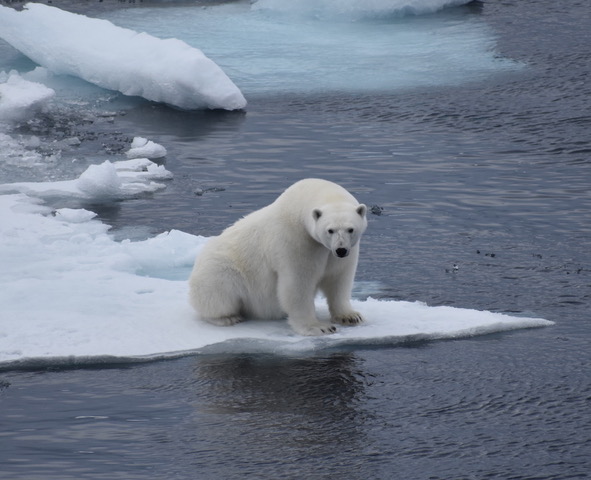 We completed science operations on the evening of September 12th after conducting a successful ROV dive and collecting several more gravity cores in the Western Mackenzie Trough and Yukon Shelf. Although this was a geosciences expedition, we made several observations of marine life as well. Topside, we have seen numerous species of birds, including snow geese, and marine mammals, such as ringed seals and, excitingly, we had an opportunity to observe a polar bear living on drifting Arctic sea ice. It was amazing to see firsthand the harsh environment in which this bear thrives and a testament to the fact that animals can evolve to fill remarkable ecological niches. Underwater, during our ROV dives, we have observed dense populations of soft corals. We’ve also seen many basket stars, crinoids, anemones, carnivorous sponges, shrimp, skates, and other fishes. 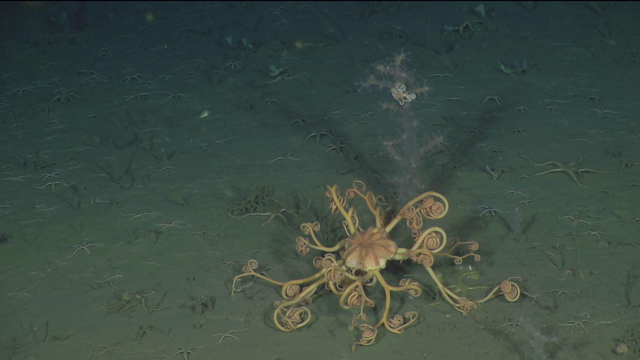 A soft coral and basket star. 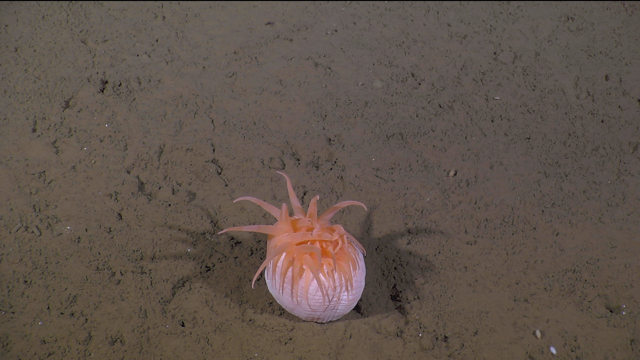 One of many species of anemones. 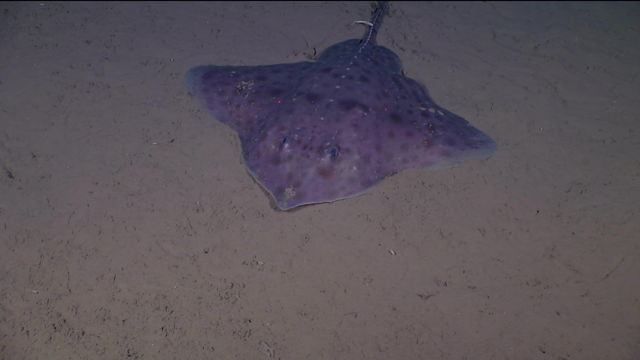 On September 15th, we passed by the rocky Diomede Islands in the Bering Strait. These two islands are separated by only three kilometers of water—one island belongs to Russia and the other to the United States. The Diomede Islands had to have drawn the attention of prehistoric humans as they entered North America from the Bering land bridge when sea level was much lower. It’s interesting to ponder early human explorations as we complete ours.

The Diomede Islands located in the middle of the Bering Strait. Little Diomede (United States) is on the left, and Big Diomede (Russia) is on the right. Photo: Lonny Lundsten.

We disembarked in Nome, Alaska, on September 16th and then the science teams began their travel back to their respective home institutes where they will start processing the incredible volume of data that has been collected. We have had a wonderful journey and greatly appreciate the hospitality of the Korea Polar Research Institute and the crew of the R/V Araon.