As development continues in the Canadian Arctic, it is crucial for scientists to understand the causes and effects of changes to the seabed and to identify areas of special concern, including ecologically sensitive habitats and geohazards. Mud volcanos in the upper slope area are of particular interest as they are thought to be very dynamic and have been found to support a unique habitat conditioned by groundwater flow from depth and an environment rich in dissolved methane.

Charlie Paull, Scott Dallimore, and Dave Caress spent a good deal of time discussing and planning AUV survey locations. One of the anticipated surveys aims to collect new bathymetric maps of a mud volcano with a 1.2-kilometer diameter and a circular mound rising 15 meters above the surrounding seafloor. These are dynamic features formed by pressurized fluid and gas flow from depth extruding sediment at the seafloor. Resurveying this location with MBARI’s high-resolution mapping AUV will allow us to determine if morphologic changes can be detected on the surface of the mud volcano since we last surveyed here in 2013. These bathymetric maps, in combination with the other research studies, will give us a better understanding of ongoing processes. 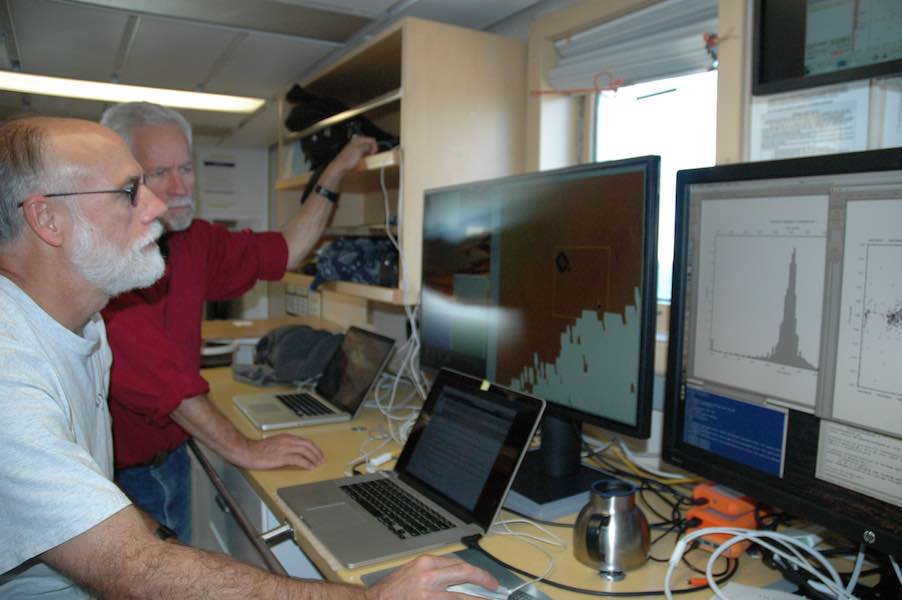 Michelle Côté spent the day preparing several MBARI-designed OsmoSamplers, which use a saline gradient pump to slowly, but continuously, collect water samples (for up to three years, if necessary) from mud volcanos where seafloor fluid flow has been observed. These OsmoSamplers are unique in that the density differential between salty and fresh water drives the pump, thus requiring no power supply for the duration of its deployment. Chemical analyses will be conducted by researchers at the University of Maryland and the University of Alaska. We plan to deploy two OsmoSamplers and collect them during a future expedition.

Combining data from the OsmoSamplers with repeat AUV bathymetry surveys will help us better understand how processes occurring below the seafloor, such as melting permafrost and methane hydrate formation and dissolution, may cause visible areas of seafloor instability. We can visually identify these areas within the AUV-derived, high-resolution seafloor maps as unusual bathymetric features as well as mounded and slumped topography. We then ground-truth the bathymetric surveys seafloor with video from the MiniROV. 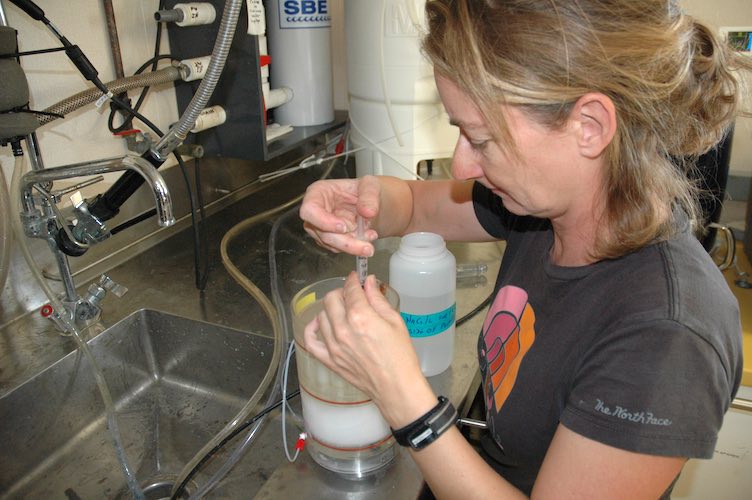 Michelle Côté prepares an OsmoSampler that will be used to collect water samples from mud volcanos where seafloor fluid flow has been observed. 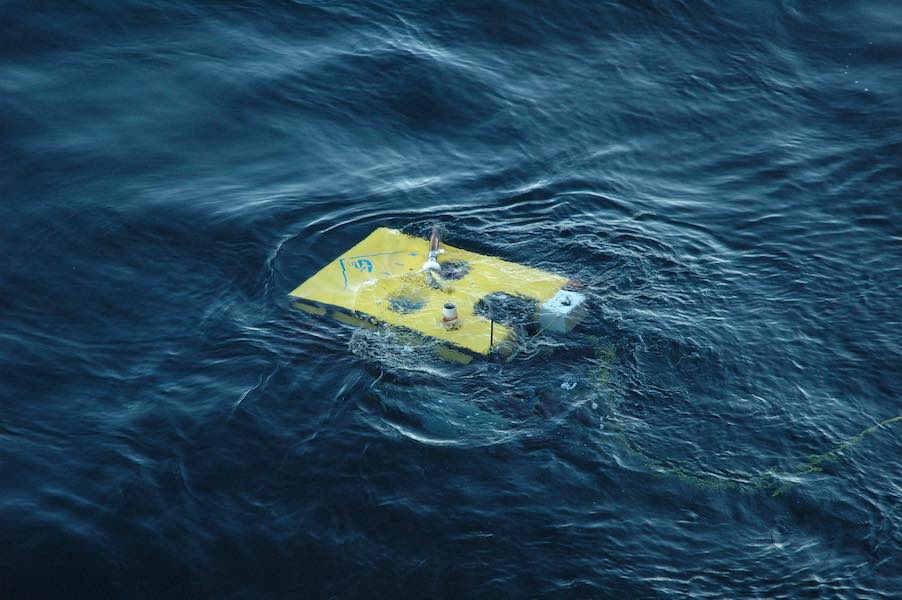 The MiniROV in Canadian Arctic waters.

In addition, ROV engineers Dale Graves, Ben Erwin, and Frank Flores readied the MiniROV for a brief test dive to 50 meters. All systems functioned properly, and many of the Canadian Coast Guard staff filed into the ROV control van for a brief glimpse of the high-definition images that were broadcast from below the icebreaker Sir Wilfrid Laurier. 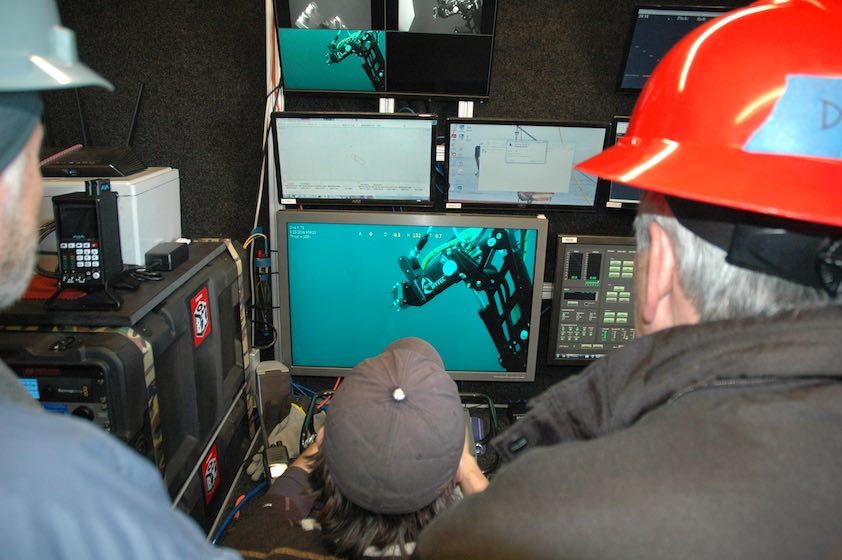 Researchers and Canadian Coast Guard staff catch a glimpse of the video stream from the MiniROV.