Yesterday we took a late-night flight from Yellowknife, Canada, to Cambridge Bay, Canada. Then we took a quick but cold ride, on a rigid-hulled inflatable boat (RHIB), out to the CCGS Sir Wilfrid Laurier and arrived onboard at around 10:00 p.m. In Yellowknife, we switched to a plane that could land on a gravel runway. 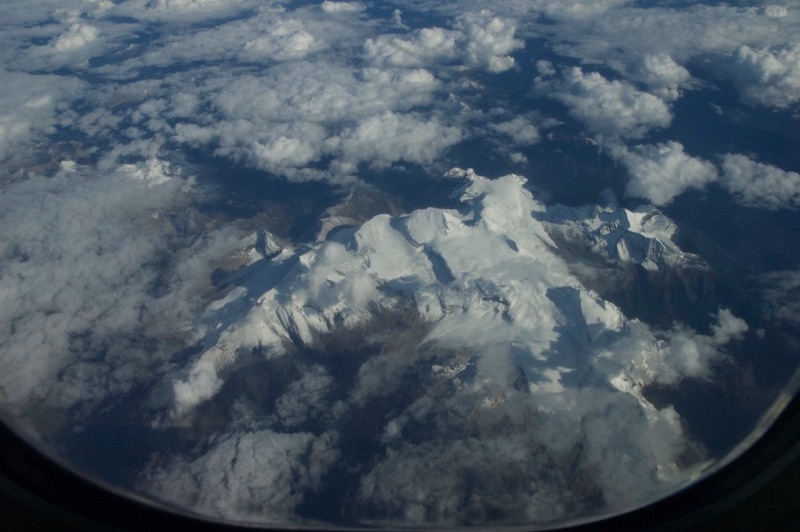 Beautiful mountain range seen out the window during the flight north to Yellowknife, Canada. 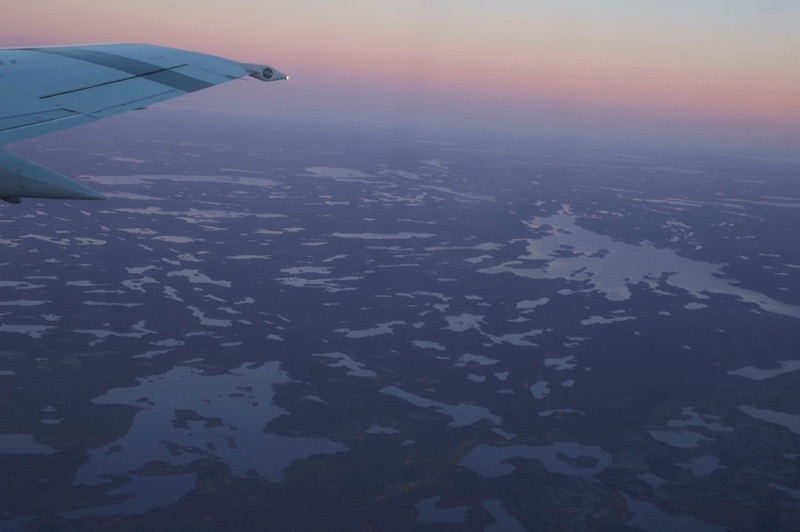 The scenery seen on the flight from Yellowknife to Cambridge Bay.

At the airport in Cambridge Bay, there was a taxidermy musk ox in the waiting area that inspired me to ask Erik Trauschke to snap photos of different angles of the ox so that I could try to create a three-dimensional (3D) model by stitching the images together. I use this technique for creating mosaics and models of the seafloor so I used this ox as practice. Surprising us all, the 3D model came out quite well. 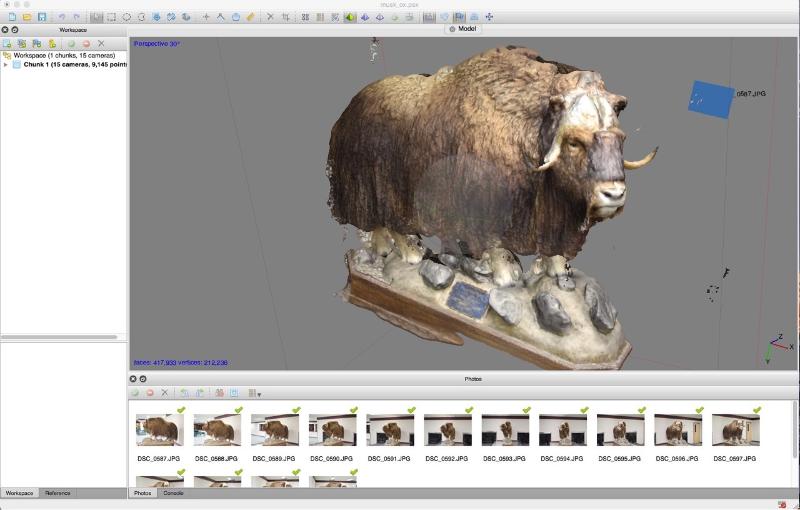 Using the same technique for creating mosaics and models of the seafloor, Lonny Lundsten created a 3D model of a taxidermy ox on display at the Cambridge Bay airport.

This morning the science party has been setting up equipment, including sounding editor workstations, and connecting our computer systems to the ship’s network. We’ve also been busy with familiarizing ourselves with the ship and participating in a safety orientation and emergency drills, which included donning immersion suits and life vests. 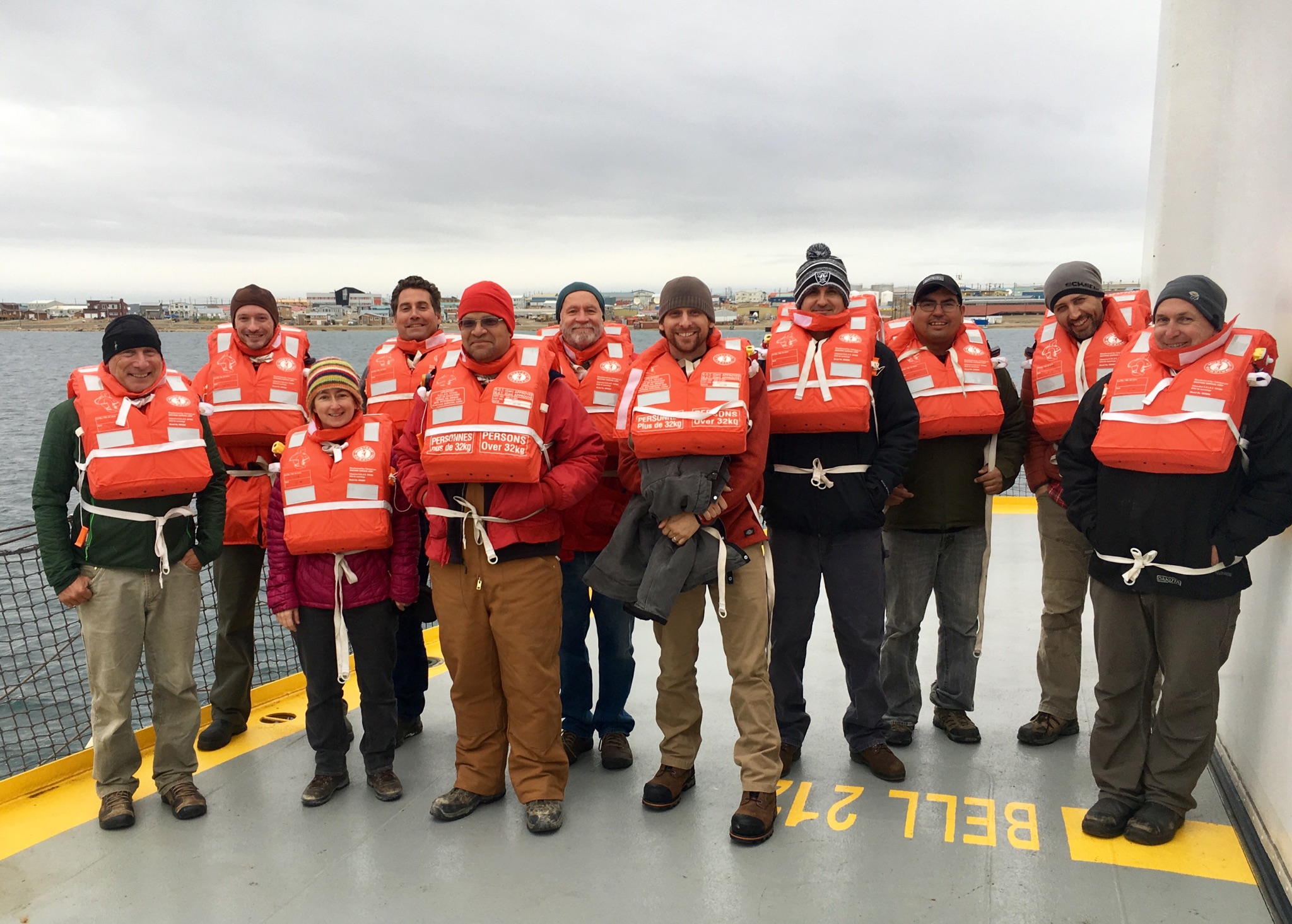 After donning our vests, the science party paused for a brief photo op on the aft deck of the Laurier. The town of Cambridge Bay is seen in the background. The white wall on the right is a retractable helicopter hanger, inside of which resides a glistening red Canadian Coast Guard helicopter.