The great majority of the Earth’s volcanism occurs at spreading centers, most of which are under the ocean, forming the mid-ocean ridge system where new ocean crust is being created. The Earth’s tectonic plates are slowly moving apart, and magma rises up to fill the gap, adding to the deep crust as sheeted dikes and sometimes flowing onto the seafloor as volcanic eruptions. The shallow magma provides a heat source that causes intense circulation of water within the shallow oceanic crust and the venting of the heated, mineral-laden water at the seafloor. These hot springs and spectacular hydrothermal vents transport heat and chemicals into the ocean and provide substrate for chemosynthetic biological communities.

A major focus of our work has been at Axial Seamount, which is a hot spot interacting with the Juan de Fuca Ridge and where eruptions occurred in 1998, 2011 and 2015. We have mapped with our AUV at high resolution the summit caldera, upper flanks, and a large portion of the south rift zone, and extensively sampled with the ROVs lavas and sediments to obtain a record of the eruptive and explosive history of the volcano. Our papers on Axial Seamount are profiled in this Mid-ocean ridge section’s Volcanic Processes, Magmatic Processes, and Explosive Eruptions pages. Our research expeditions are profiled in our cruise logs.

Note that off-axis, near-ridge seamounts are discussed in the Seamounts section of this website. 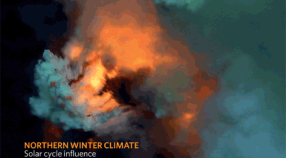 October 26, 2015
Behind the trench and volcanic arc of a subduction zone, the lithosphere may stretch and extend and volcanic spreading centers may develop. Such a back arc setting is found in the Lau Basin, behind the Tonga Trench in the South Pacific.

October 23, 2015
Hydrothermal vents are important for many reasons, including global fluxes of elements, deposits of economically-valuable minerals, and diverse assemblages of previously unknown animals and bacteria that are supported by the chemically-rich waters emanating from the vents. 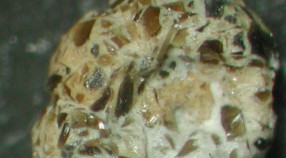 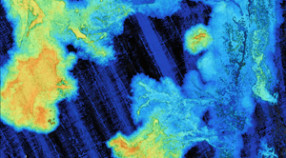 October 23, 2015
MBARI mapped the 2011 eruption at Axial Volcano with our AUV. Surprises included how most of the fissures had been pre-existing, and were reused (even widened and deepened) and fed lava into pre-existing channels. 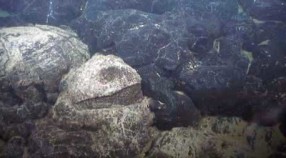 October 23, 2015
AUV maps allow us for the first time, to comprehensively map the thickness and extent of lava flows from a deep-ocean submarine eruption in high resolution.