The captain and crew of the R/V Rachel Carson, the AUV team, and the science party gather next to the AUVs on the aft deck of the Rachel Carson for a group photo.

Expedition goal: For this expedition we returned to Axial Seamount to conduct AUV mapping to repeat long survey lines over the summit as part of long-term monitoring of the volcano’s inflation toward its next eruption and to extend our coverage of the volcano and its rift zones, among other goals.

Map showing the location of Axial Seamount relative to our home port in Moss Landing. Between legs of the cruise we went to Newport, Oregon to resupply.

Twelve surveys were accomplished using MBARI’s two seafloor-mapping autonomous underwater vehicles (AUVs) in weather that was at times was challenging and other times glorious. We heartily thank Captain Aaron Gregg and the crew of the R/V Rachel Carson, AUV Supervisor Hans Thomas, and the entire AUV team, for a job well done.

Our departure was delayed by two days to avoid heading out into a gale. The 3.5-day transit from Moss Landing was still quite bouncy, but could have been worse. When we arrived at Axial, the tail end of a storm was blowing through and we launched the first AUV in upwards of 30-knot winds. Our first deployments of the second leg were similarly exciting. But we got the vehicles back and the data are beautiful!

Axial Seamount is an underwater volcano about 470 kilometers (290 miles) off the coast of Oregon, on the Juan de Fuca mid-ocean ridge, which is the spreading boundary between the Pacific and Juan de Fuca tectonic plates. The volcano erupted in 2015, 2011, 1998, and many times before that, as our research has shown. 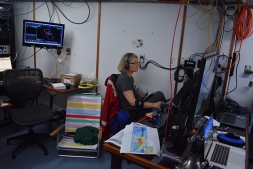 Because of its frequent volcanic eruptions and accessibility to west-coast ports, Axial Seamount is an ideal location to study the processes associated with the creation of the oceanic crust, which comprises two-thirds of the Earth’s surface. Over the last two decades, MBARI researchers have performed many remotely operated vehicle (ROV) dives and AUV mapping surveys on the seamount using MBARI’s ships, and as part of collaborators’ research cruises.

Many monitoring instruments have been installed in the caldera of Axial Seamount as part of the U.S. Ocean Observing Initiative (OOI) cabled observatory. MBARI’s MARS observatory in Monterey Bay served a testing platform for some of these instruments.

One intriguing discovery during this expedition was a lava flow with a texture that we and our collaborators had never seen before (see below). The unusual texture could indicate an unusual lava chemistry. Perhaps there will be time next summer for the ROV Jason to dive on this area and collect some lava samples. 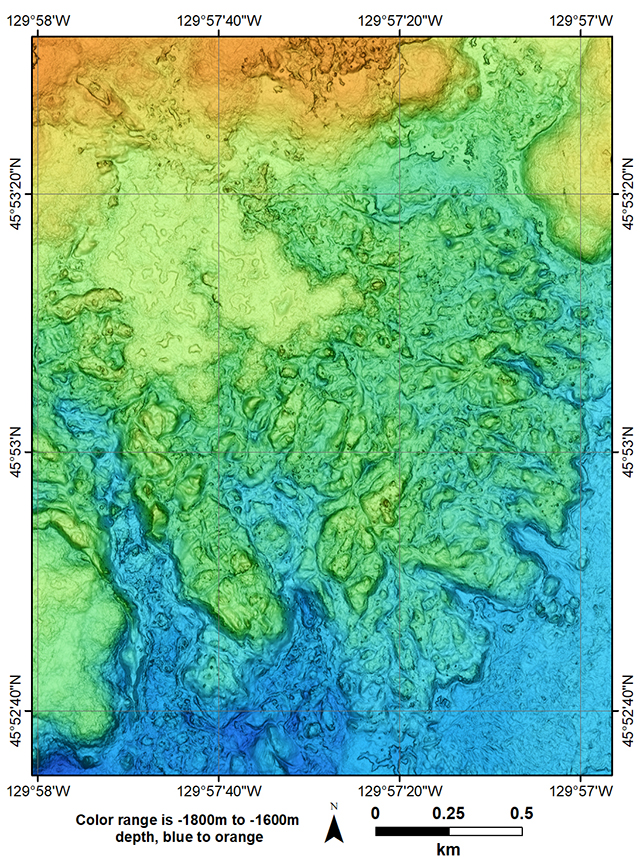 Unusual lava flow textures appear in a flow on the southeastern flank of the volcano (middle and lower right portion of image). Flow lobes consisting of the usual inflated sheet flow morphology from more recent eruptions have overtopped it from the northwest (upper left).

A “typical” day at sea in the Pacific Northwest 🌊⛴🤢

Our researchers just returned from a successful (but bumpy) expedition using an #AUV to map the seafloor of Axial Seamount. Check out their report: https://t.co/xiGi3bUGDE pic.twitter.com/Bpnn913u4o

We spent the expedition mapping different parts of Axial Seamount. We had a number of goals, all of which were met. These included: 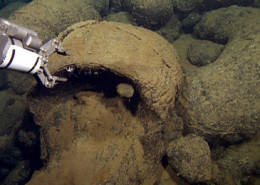 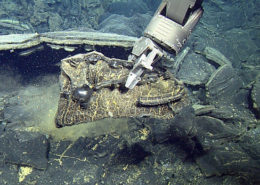 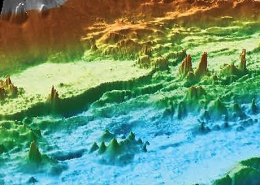