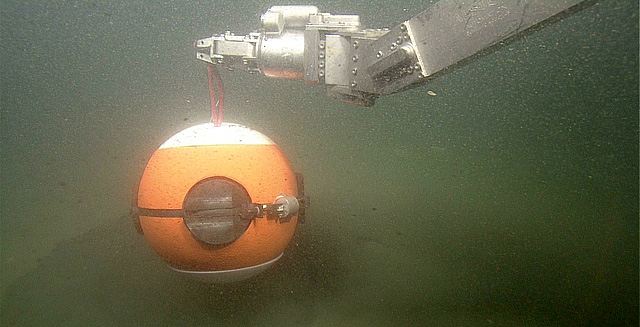 Turbidity currents have historically been described as fast-moving currents that sweep down submarine canyons, carrying sand and mud into the deep sea. But a new paper in Nature Communications shows that, rather than just consisting of sediment-laden seawater flowing over the seafloor, turbidity currents also involve large-scale movements of the seafloor itself. This dramatic discovery, the result of an 18-month-long, multi-institutional study of Monterey Canyon, could help ocean engineers avoid damage to pipelines, communications cables, and other seafloor structures.

Geologists have known about turbidity currents since at least 1929, when a large earthquake triggered a violent current that traveled several hundred kilometers and damaged 12 trans-Atlantic communications cables. Turbidity currents are still a threat today, as people place more and more cables, pipelines, and other structures on the seafloor. Turbidity currents are also important to petroleum geologists because they leave behind layers of sediment that comprise some of the world’s largest oil reserves.

Despite almost a century of research, geologists have struggled to come up with a conceptual model that describes in detail how turbidity currents form and evolve. The Coordinated Canyon Experiment was designed, in part, to resolve this debate. During this 18-month-long study, researchers from the Monterey Bay Aquarium Research Institute (MBARI), the U.S. Geological Survey, the University of Hull, the National Oceanography Centre, the University of Southampton, the University of Durham, and the Ocean University of China combined their expertise and equipment to monitor a 50-kilometer-long (31-mile) stretch of Monterey Canyon in unprecedented detail.

This extensive research program showed that turbidity currents in Monterey Canyon involve both movements of water-saturated sediment and of sediment-laden water. As described in the recent Nature Communications paper, the most important part of the process is a dense layer of water-saturated sediment that moves rapidly over the bottom and remobilizes the upper few meters of the preexisting seafloor.

This is very different from previous conceptual models of turbidity currents, which focused on flows of turbid, sediment-laden water traveling above the seafloor. The authors of the recent paper did observe plumes of sediment-laden water during turbidity events, but they suggest that these are secondary features that form when the pulse of saturated sediment mixes into the overlying seawater.

“This whole experiment was an attempt to learn what was going on at the bottom of the canyon,” said Charlie Paull, MBARI marine geologist and first author of the recent paper. “For years we have seen instruments on the bottom move in unexpected ways, and we suspected that the seafloor might be moving. Now we have real data that show when, where, and how this happens.”

Among the instruments used in the experiment were current meters mounted on seven moorings distributed along the canyon floor. Analyzing the data from these instruments and measuring the time it took for the flows to travel between the moorings, the researchers were surprised to find that the flows appeared to travel down the canyon at speeds greater than the actual measured water currents.

Although tilting and other movements of the current meters could explain some of these observations, the scientists eventually concluded that their instruments were not simply being moved by currents of turbid water flowing above the seafloor.

The researchers also placed beach-ball-sized sensors called benthic event detectors (BEDs) in the seafloor. The BEDs were designed to be transported by turbidity flows while carrying instruments that recorded their depth, horizontal and vertical movement, and rotation. Other motion sensors were mounted on large, steel frames weighing up to 800 kilograms (1,760 pounds). These were designed to remain stationary while the flows passed around them.

However, both the BEDs and the heavy frames were carried far down the canyon during strong turbidity events. In fact, the heavy, awkwardly-shaped instrument frames often traveled just as fast as the relatively light, streamlined BEDs.

The researchers also noticed large sand waves, up to two meters (6.5 feet) tall, on the floor of the canyon. Repeated bottom surveys showed that these sand waves shifted dramatically during turbidity events, remolding the upper two to three meters of the seafloor. But the researchers still weren’t sure exactly how this remolding occurred.

Data from the BEDs provided an important clue. During many events, the BEDs did not just move down the canyon into deeper water, but traveled as fast or faster than the overlying water. They also moved up and down within the flow as much as three meters at regular intervals.

The researchers concluded that, rather than being “dragged” along the bottom by a strong current, their instruments were being “rafted” by a dense, bottom-hugging layer of water-saturated sediment. They hypothesized that the up-and-down motions of the BEDs occurred as the instruments traveled over individual sand waves. As Paull noted, “The BEDs provided an essential kernel of new data that allowed us to understand the movement of the seafloor for the first time.”

“Textbooks and modelling efforts have traditionally focused on dilute flows of sediment-laden water over the bottom,” Paull added. “But we now know that dilute flows are just part of the equation. It turns out that they are the tail end of the process, which really begins at the seafloor. “ 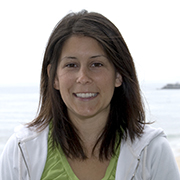 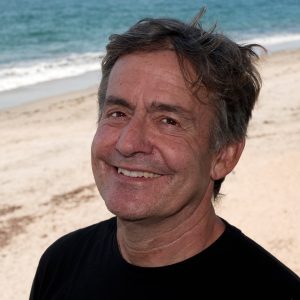