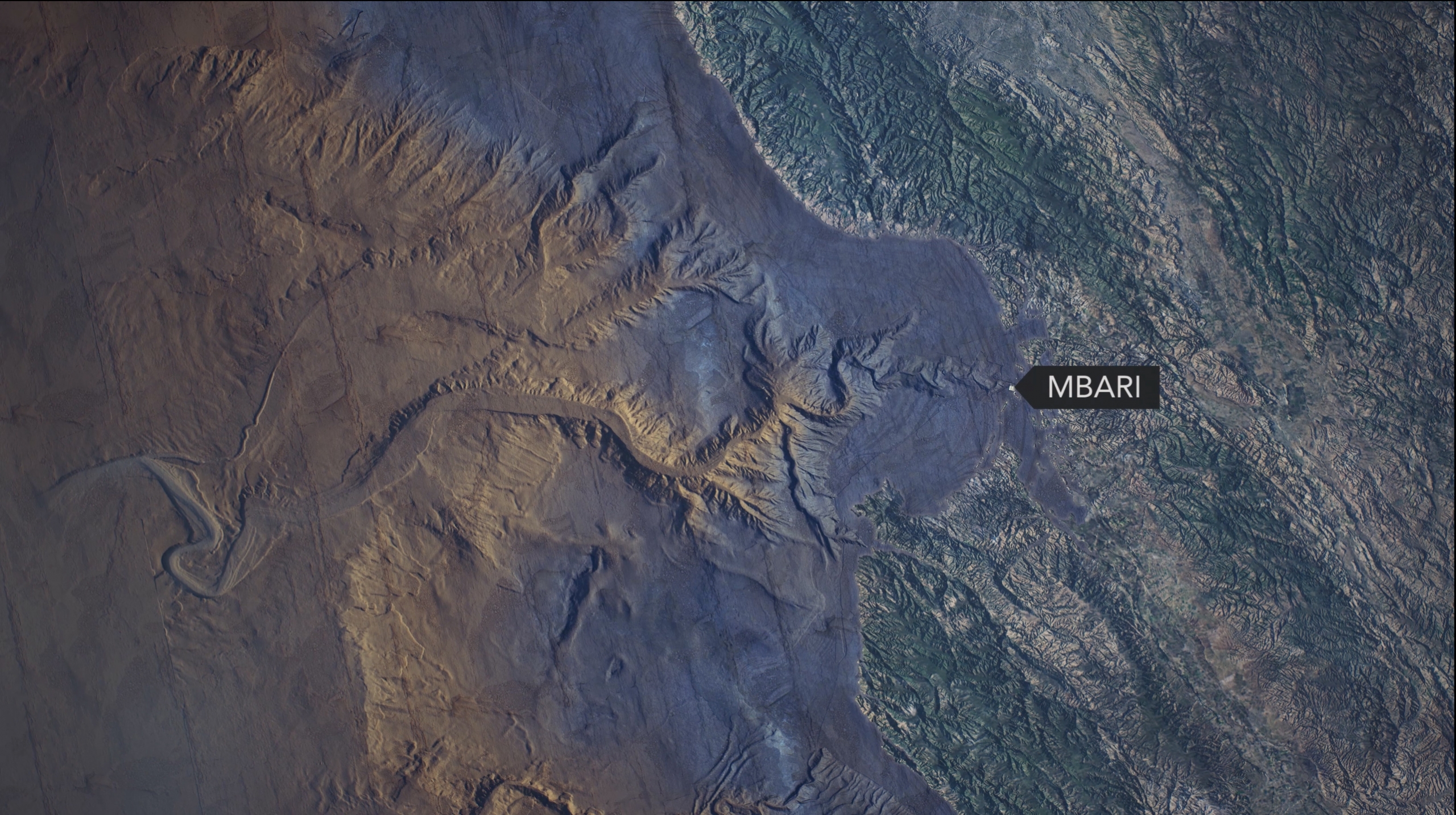 Monterey Canyon is a magnificent submarine geologic feature rivaling the Grand Canyon in both its size and beauty. But while anyone can visit the Grand Canyon—whether by flying over it in an airplane or descending into it on the back of a mule—exploring Monterey Canyon is far more challenging, requiring teams of scientists and engineers, a fully-staffed research vessel, and a variety of autonomous robots. As a result, most people have never had a chance to see the majesty of Monterey Canyon. Until now.

Scientists at MBARI have spent the past few months working with designers at Frame 48—a Los Angeles based post-production company that typically works in film and television—to bring the bathymetric data MBARI has painstakingly collected over the past 22 years to life. Marine geologist Charlie Paull oversaw the effort, working closely with the team at Frame 48. “I’ve spent much of my life studying this canyon and have always wanted to show people what lies beneath the waters of Monterey Bay,” said Paull.

But MBARI’s strength is the collection and analysis of the bathymetric data, not building out animations. The mapping team decided that if they wanted to accurately visualize the amazing geologic feature right here in MBARI’s backyard, they needed to bring in professional graphic designers. Paull, along with colleagues Dave Caress, Eve Lundsten, and Jenny Paduan, worked closely with the team at Frame 48 to gather and integrate the 25-meter resolution ship-based multibeam data and the one-meter mapping autonomous underwater vehicle (AUV) data into a stunning new visualization. Paull also provided guidance to ensure that the more qualitative details like the color of the sediment and the striations on the canyon walls were realistic. The end result weaves science and art together into the highest resolution animation of Monterey Canyon ever created.

Executive Producer Seth Josephson led the team at Frame 48 and collaborated with MBARI Principal Engineer Dave Caress to overcome the computational challenges of working with an extremely large data set. The first challenge was optimizing the raw data. The ship-based data are relatively low resolution, so most 3D software can easily handle large swaths of it. However, the mapping AUV data are much higher resolution, with each small swath converting into tens of millions of data points. Working with just one swath is no issue for most software, but distributing dozens of them into a 10,000-square-mile scene becomes overwhelming. To process these data, the team decided to use Unreal engine—a platform used to create video games. Not only was the team able to bring all of the data into Unreal, but they were able to see it rendered in real time, which made fixing textures, setting up camera movements, and patching geometry exponentially faster. “Seeing the data textured and rendered for the first time was incredible. It’s not often that you get to see two kilometers (1.2 miles) under the ocean with that much detail,” said Josephson. “Our primary concern was with how we respected the data while we built out the textures and laid the two data sets on top of one another. The difference between the two sets was astounding, so we put a significant amount of effort into making them look as seamless as possible.”

The map below shows the sections of the canyon highlighted in the animation. The main channel of Monterey Canyon meanders for over 470 kilometers (292 miles) and is roughly 12 kilometers (7.5 miles) at its widest point. The canyon walls reach a maximum height of  1,700 meters (5,577 feet). Monterey Canyon eventually ends at the abyssal plain at a depth of 4,000 meters (2.5 miles). It is one of the deepest submarine canyons on the west coast of the United States.

Ultimately, this animation is meant to help educators, scientists, and science communicators tell the story of Monterey Canyon and give it the close-up it deserves.

Learn more about Monterey Canyon, including theories about how it formed.