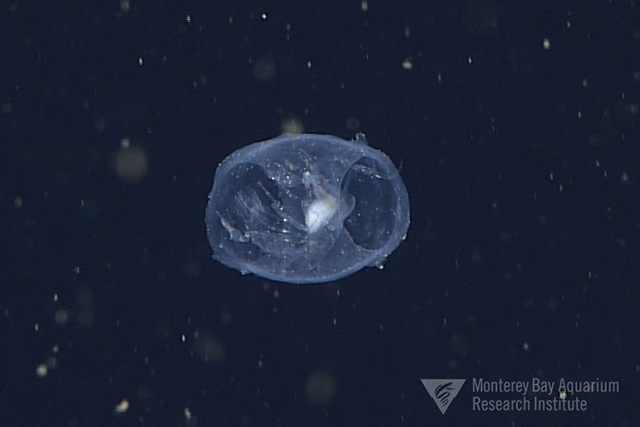 I have been invited along on this expedition as a guest with Kakani’s group, from my biophysics lab at Yale University. Kakani’s group is interested in mechanical bioinspiration—how do very small animals move through water? The answers are often very counterintuitive. In my case, I am interested in optical bioinspiration, where life’s solutions are often similarly surprising.

Midwater animals are covered in a spectacular array of lenses, mirrors, and fiber optics, which allow them to see in the very dim light in this environment, to hide against the background of this dim light, and to direct bioluminescent beams to hunt prey and scare away predators. Since these optical devices, in essence, “build themselves” out of proteins, this would be a spectacular thing to learn how to do in an engineering lab. Recently my lab discovered how squid proteins “know” how to build “graded refractive index”, or GRIN lenses. GRIN lenses for cameras and imaging systems are extremely expensive since they must often be built by hand. Squids make these optical components essentially for free out of a gram or so of fairly simple proteins.

On this expedition, I was most excited to find a midwater worm called Alciopa. They are related to the earthworms you find in your backyard, and in many respects are fairly similar: they have a segmented body, and bristles on each segment. The midwater version, however, is completely transparent and has two giant eyeballs that look like they belong to an anime character. The lenses in these eyes are also made of protein and have a graded refractive index like the squid lenses do. If we can figure out what proteins these worms are using, and if their self-assembly properties are similar to those of the squids, we’ll be able to learn general lessons about how self-assembly works in nature to make cheap, sophisticated optics.

Today, we got super lucky and found an Alciopa! Susan Von Thun, the midwater identification expert who came with us, spotted an Alciopa well before anyone else in the control room could tell it was on the screen. The animal was a few millimeters wide and about twenty centimeters long. We captured it in the ROV’s suction sampler and I was able to work with it in the lab this evening. Alciopa says hi!