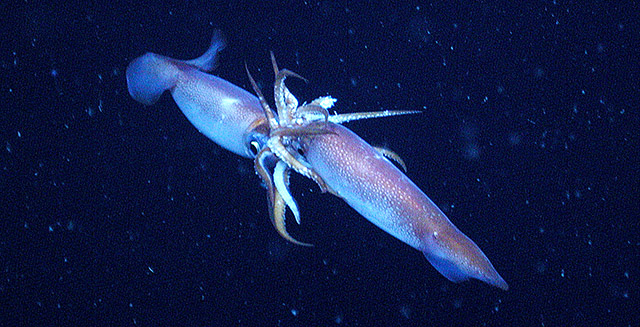 If you’ve ever seen the Monterey Bay Aquarium’s “Tentacles” exhibit, you know that cephalopods (squids, octopuses, and their kin) are awesome creatures. They can change the texture and color of their skin in the blink of an eye and “taste” things using suckers on their arms. They also have developed a variety of complex social and survival behaviors.

Given all this, it should come as no surprise that cephalopods’ sex lives are diverse and quirky. In a recent paper in Frontiers in Physiology Peter Morse from James Cook University and MBARI biologist Crissy Huffard summarize the variety of sexual and reproductive behaviors in cephalopods and discuss how these behaviors may help the animals survive.

In general, shallow-water cephalopods typically grow fast, live for only a year or two, and die soon after spawning. Deep-water cephalopods are more likely to spawn multiple times and live for at least several years. This may help them cope with limited food and the challenges of finding mates.

Here are a few of the surprising observations about cephalopod sex that Morse and Huffard describe in their article: 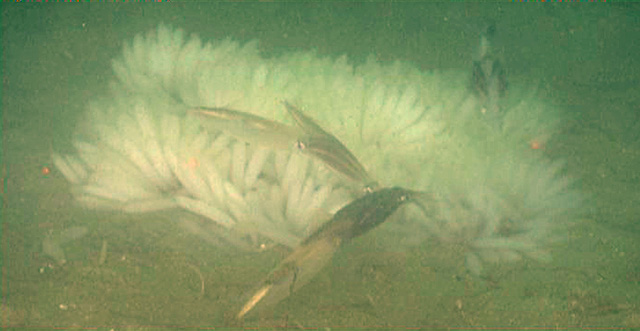 Doryteuthis opalescens squids mate in large swarms, with females laying their eggs on in masses on the sandy seafloor. Image: © 2005 MBARI 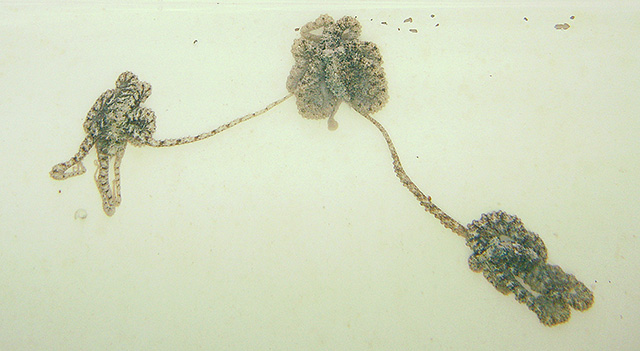 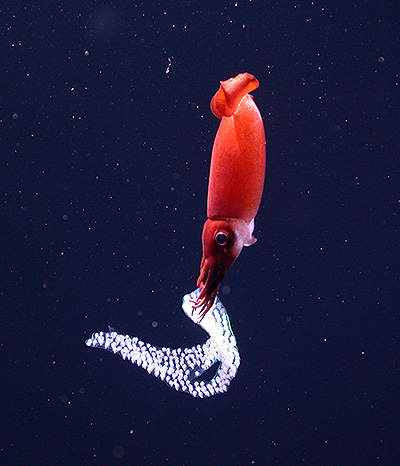 A Bathyteuthis berryi squid carries its eggs in the darkness of the deep sea. Image: © 2005 MBARI

September 12, 2019 – A new paper summarizes the quirky sexual and reproductive behaviors of octopuses, squids, and their relatives.
Jun 18, 2018 – For Cephalopod Week 2018, MBARI takes a look back at some of our most popular web stories featuring this amazing group of animals.
Jan 31, 2018 – A recent paper describes an unusual discovery: dead squid littered across the deep sea bottom.
Mar 27, 2017 - A new paper reveals the first observations of an elusive, giant pelagic octopus with a surprising choice of prey: jellyfish!