Signs of a turbidity event in Monterey Canyon 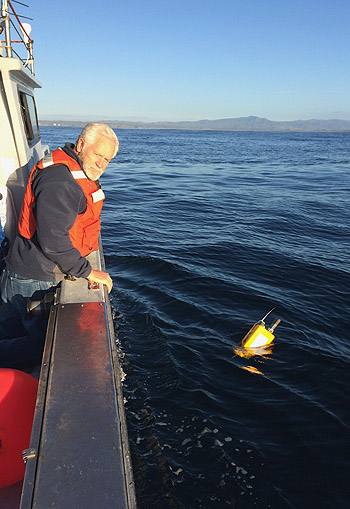 The last week has been busy for MBARI geologists and engineers working on the Coordinated Canyon Experiment. On Friday, January 15, an event on the floor of Monterey Canyon triggered two sediment transport event detectors (STEDs). The STEDs released floats that rose to the surface and sent signals to researchers on shore via a satellite link, letting them know that a strong current had flowed down the bottom of the canyon. MBARI researchers recovered one of the floats late on Friday. The other float drifted south toward the Monterey Peninsula and was recovered the following Wednesday.

On Tuesday, a benthic event detector (BED), originally deployed at a depth of 200 meters in the canyon, drifted ashore in Santa Cruz. Two beach-goers found the BED and phoned MBARI. They stayed with the instrument for an hour until MBARI staff came to recover it. Over the next few weeks, MBARI researchers hope to analyze data from the BED and use an autonomous underwater vehicle to map parts of the canyon to see if the event changed the shape of the canyon floor. 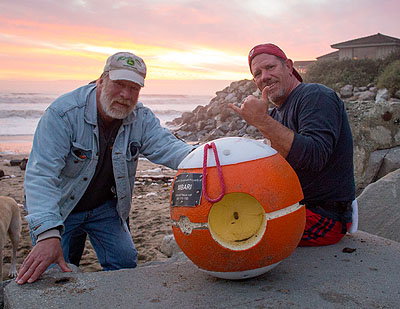 These two beach-goers found one of MBARI’s benthic event detectors on a beach in Santa Cruz. Image: Brian Kieft