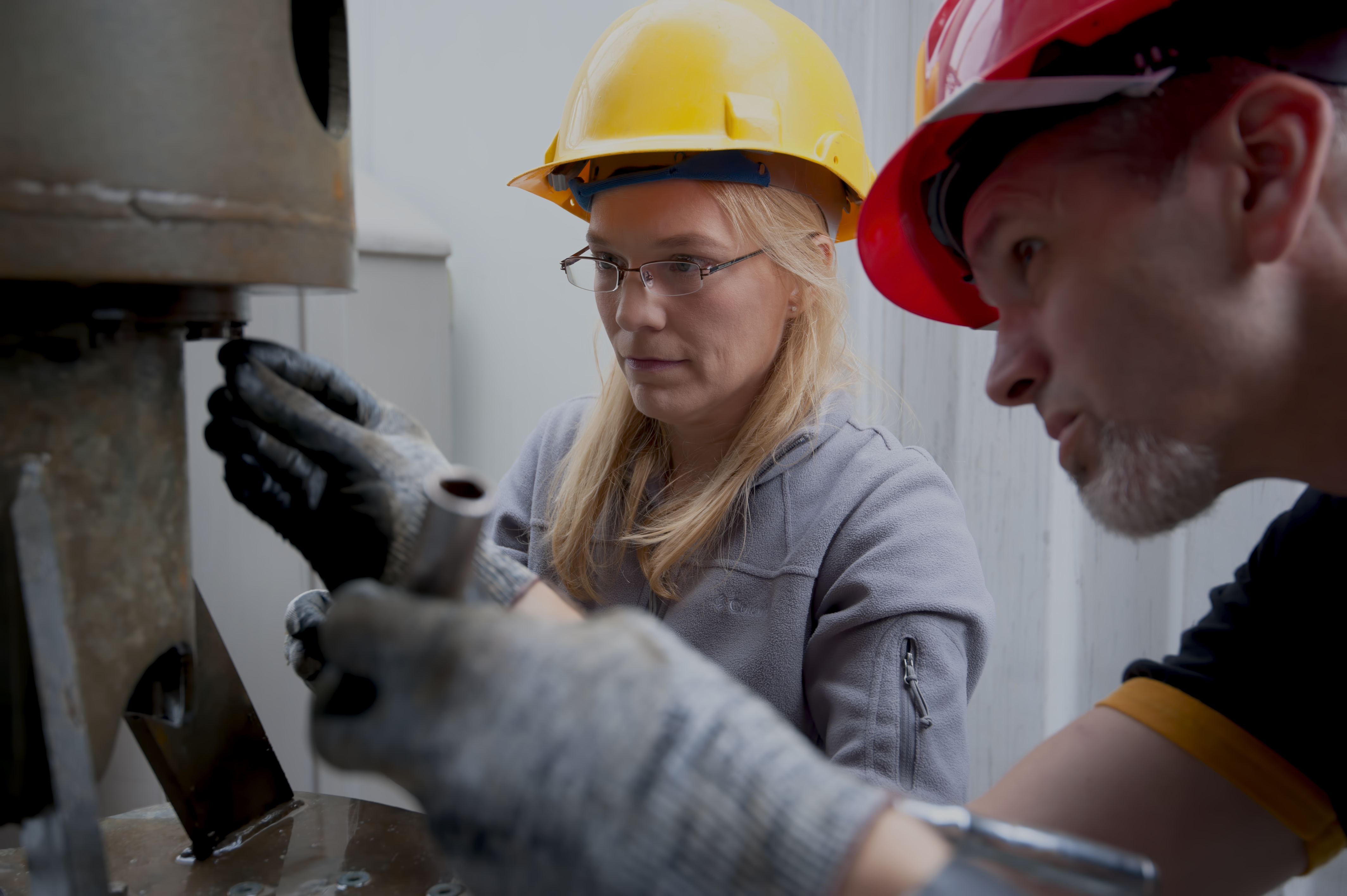 To see entire pelagic communities in the open sea, the Acoustical Ocean Ecology Group uses an instrument known as an echosounder. These instruments emit several sound frequencies from tens of kilohertz up to several megahertz from transducers, a device that serves as both an underwater speaker and a microphone. When these different frequencies reach organisms, they are either absorbed or reflected back to the transducer. Depending on how these sound waves are returned to us, we can determine the type of organisms present. The swim bladder of a fish, for example, reflects sound at a wide range of frequencies —therefore returning more of a signal to a transducer—than the chitinous body of krill which only reflects at relatively high frequencies. 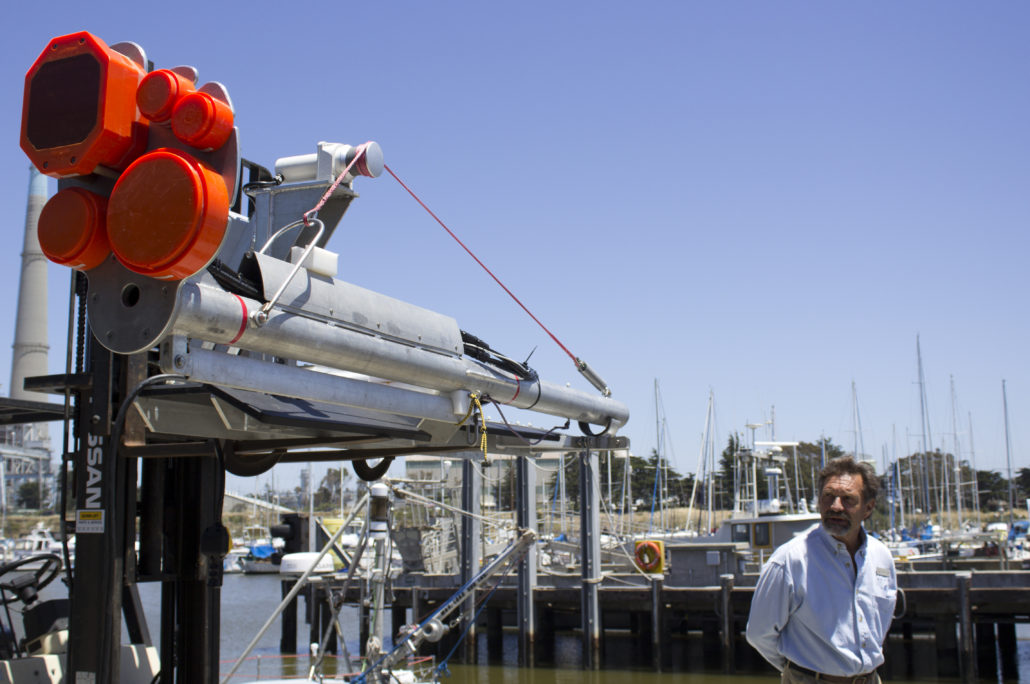 The R/V Paragon is the smallest vessel used by MBARI and is the least expensive to use for short trips studying Monterey Bay. The echosounder’s transducers point directly downward, enabling us to map the ocean vertically from the surface to approximately 1,000 meters depth. 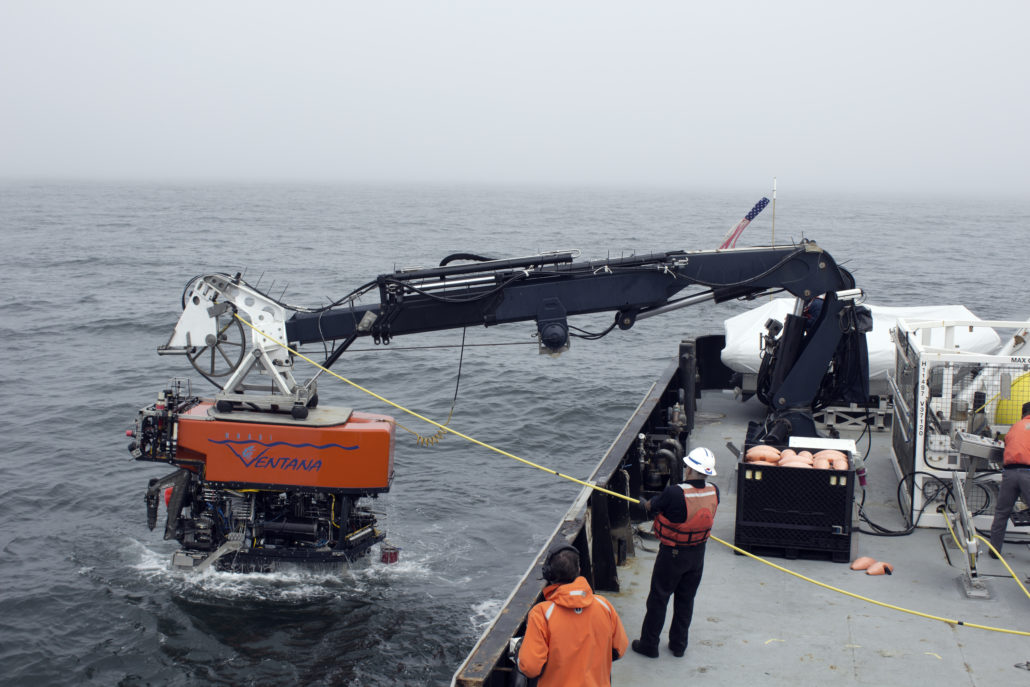 The remotely operated vehicle (ROV) Ventana is deployed off of the R/V Rachel Carson. We have integrated two echosounders with the vehicle’s science camera, allowing us to collect broadband acoustic data and video information simultaneously to a depth of 1,500 meters. These echosounders are pointed in the same direction as the camera, allowing us to get a clearer understanding of a specific layer in the ocean. Because of the rapid attenuation of light underwater, Ventana’s camera has a much shorter reach than our acoustic samples. However, we use the echosounder and the camera in conjunction because pelagic animals are not yet identifiable by their acoustic signatures alone. By comparing acoustic data to the animals that can be visually identified with Ventana’s camera, we are correlating acoustic responses to specific organisms. This allows us to work towards refining our ability to classify animals in natural settings. 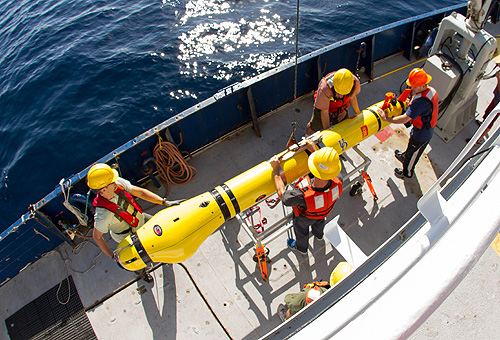 The Deep Ocean REMUS Echosounder (DOR-E) is an AUV with two split-beam echosounders at 38 kilohertz and 120 kilohertz. It is capable of traveling to depths up to 600 meters and has a battery life of approximately 20 hours, allowing the Acoustical Ocean Ecology lab to get almost an entire day’s cycle of acoustic information from animals living in the deep sea. This is useful for understanding the daily cycles and behaviors of pelagic organisms.

How does the presence of technology affect the behaviors of creatures?

Additionally, we are interested in how the presence of observational tools like ROVs impact the behaviors of pelagic organisms. On one field expedition, we identified an aggregation of animals approximately 60 meters ahead of the ROV—and out of the camera’s view. This large group of animals remained consistently 60 meters away until the lights of the ROV were turned off, which allowed us to approach. However, turning the lights back on caused the organisms to quickly swim away. The camera was only able to catch a glimpse of fins before the organisms, revealed as some sort of fish, were gone. With the ROV alone, the nearby school of fish would never have been discovered. 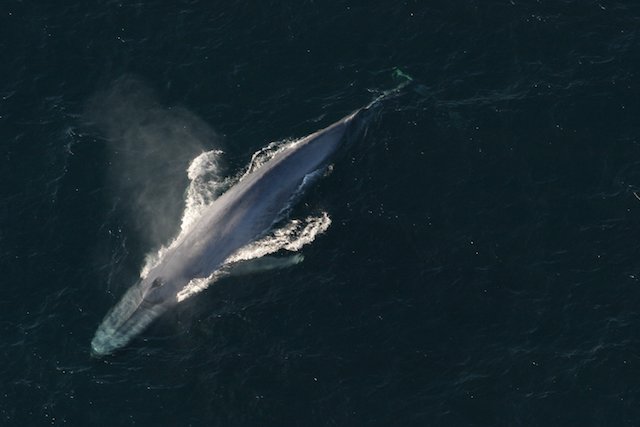 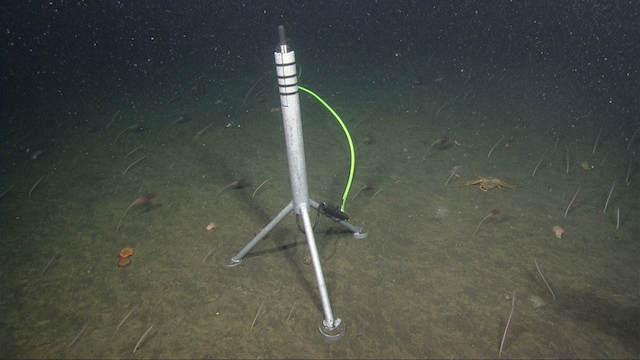 October 11, 2021 – MBARI makes its extensive archive of acoustic data accessible to researchers around the world via the Amazon Web Services cloud.
Scroll to top