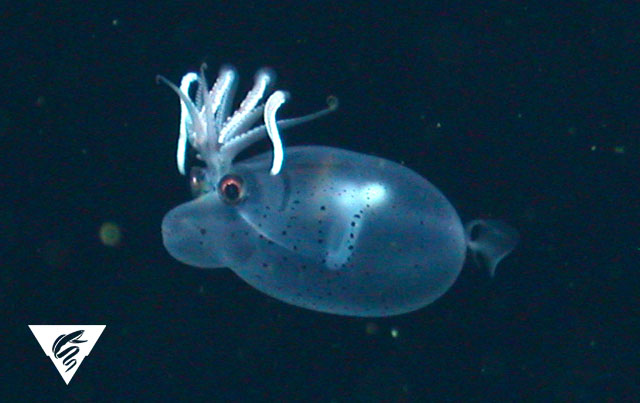 Sharks may get more screen (and scream) time, but cephalopods—squids, octopuses, and their relatives—are definitely creepier, and certainly more diverse. For the second year in a row, MBARI has partnered with the Monterey Bay Aquarium, Science Friday, the American Museum of Natural History, and other groups to present a wonderful array of cephalopod images and videos as part of “Cephalopod Week.” On this page, we’ve compiled just a few of the images and videos that these organizations have posted over the past week.

Here’s another Science Friday video in which MBARI researcher Crissy Huffard talks about octopus that “walk” on two legs.

In the photo below, a red octopus(Octopus rubescens) tries to catch a spot prawn while hiding among some pink sea urchins (Strongylocentrotus fragilis). Although the octopus has excellent eyesight, it uses touch and smell to find food. Thousands of chemical receptors and millions of texture receptors line the rims of its suckers. Red octopuses scour the sandy seafloor searching for small prey, or crawl in and out of rocky areas to hunt crabs and shrimp. 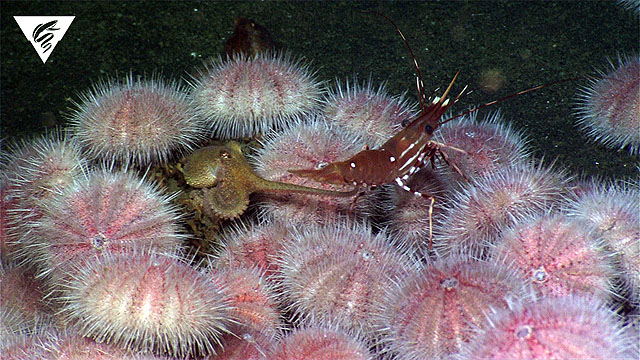 The deep-sea octopus Graneledone boreopacifica is found in all of the world’s oceans, typically at depths of 1,000 to 3,000 meters. It usually moves by crawling over the seafloor, but is also capable of swimming via jet propulsion and/or pumping the arms and flared webs. MBARI marine biologists recently discovered that this octopus may spend up to four and one half years brooding its eggs! 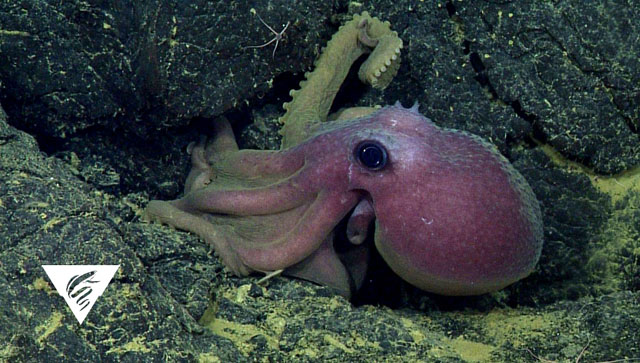 The deep-sea squid in the genus Taonius has large eyes bulging from its head and glowing light organs called photophores underneath its eyes. We see these squids living more than 300 meters below the surface in Monterey Canyon. They often hanging motionless with their arms above their body. 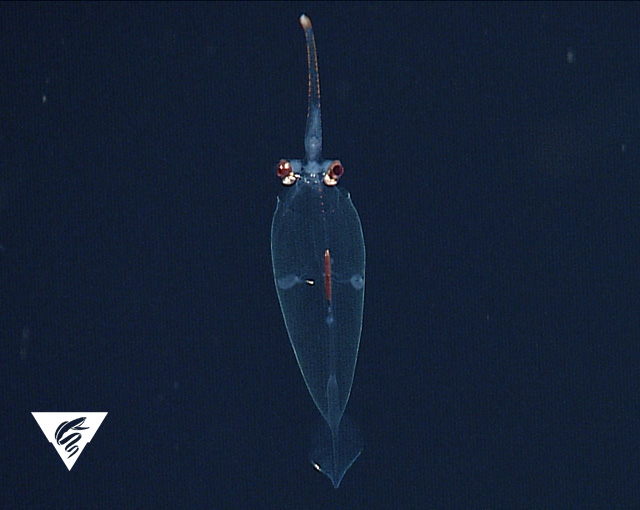 MBARI researchers were diving deep in the Gulf of California when they saw this amazing squid in the genus Heliocranchia. They nicknamed it the “piglet squid” because of its small round body and wiggling tail. Not much is known about this animal.

In addition to the images and videos above, MBARI and the aquarium have been posting other tidbits about cephalopods on social-media sites using the hashtag #CephalopodWeek. Check them out!