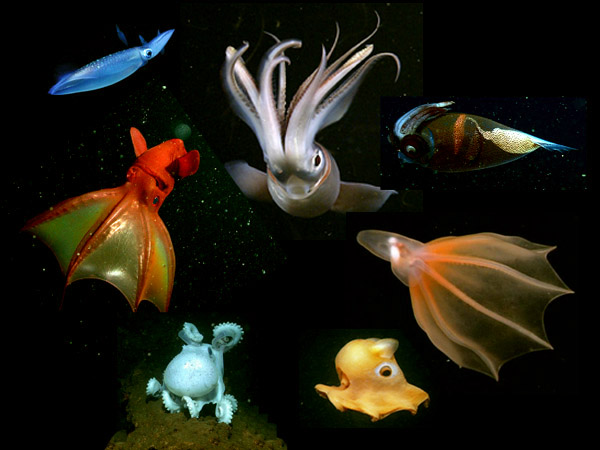 Cephalopods—squids, octopuses, and their relatives—are some of the most beautiful and intriguing animals in the ocean. During the week of June 23-27, 2014, MBARI, the Monterey Bay Aquarium, and Science Friday teamed up to present a wonderful array of videos and still images of these creatures. We’ve compiled a few of the videos that these organizations have posted as part of an informal Cephalopod Week.

In addition to the videos below, throughout the week, MBARI and the Aquarium posted photos of amazing cephalopods on their web and social media sites using the hashtag #CephalopodWeek. Check them out!

Video about deep-sea squids that brood their eggs, carrying hundreds or thousands of their developing young in their arms.

Video about the vampire squid, produced by Science Friday.