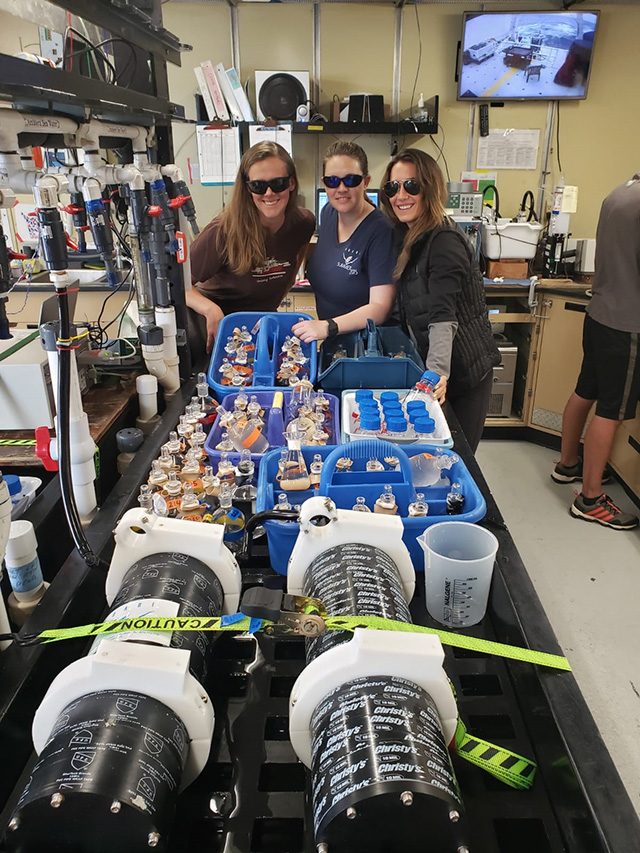 Only a subset of the 2,400 samples collected on this cruise.

All the samples ever!

Someone once asked me to describe my job. In the most sarcastic description I could think up, I said: I poke holes in the ocean to watch them fill back up to see who or what recolonizes the empty area. After a month, I then poke another hole to take them away again. I do this 12 times a year, at least. My primary investigator has been doing this for 30 years.

Thus, I am a water-collecting machine. During this cruise, we are focusing on understanding the chemistry of the ocean. At each station, we collect samples for pH, dissolved inorganic carbon, oxygen, total alkalinity, and nutrients. We use the rosette to take two casts of water samples, which contains 24 samples of water. Each of those samples will be divided into the five samples described previously. Thus, 120 samples per station at 20 stations is 2,400 samples. We also have several other sampling instruments to take various measurements, often while we are underway.

In just this cruise along we will  collect 2,400 samples! We also collected 2,400 samples back in May. Thusly for this year, we have collected 4,800 samples. That’s a lot. For your information, I have two more day cruises, as well as a 12-day cruise, throughout this year. I can multiply that number by double again, and then add another 20+ samples of different varieties per cast/station. By the end of the year, I can collect over 20,000 samples of water.

MBARI is known for being able to collect many, many samples and has a fabulous data-storage policy as well. For 30 years, my primary investigator (Scientist Francisco Chavez) has been collecting water samples at many locations in the ocean. More recently, samples we have been collecting data via autonomous vehicles. We have several multi-terabyte computers that store data and are able to cross compare all that data. We also pride ourselves in being able to collaborate with groups at other institutions, colleges, and private companies. MBARI is a non-profit organization, so we profit by giving as much back to our community as possible.

July 24-29, 2019 – Scientist Yui Takeshita led a cruise on the R/V Western Flyer to observe changes in ocean chemistry along the Central California Coast. 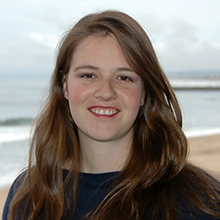