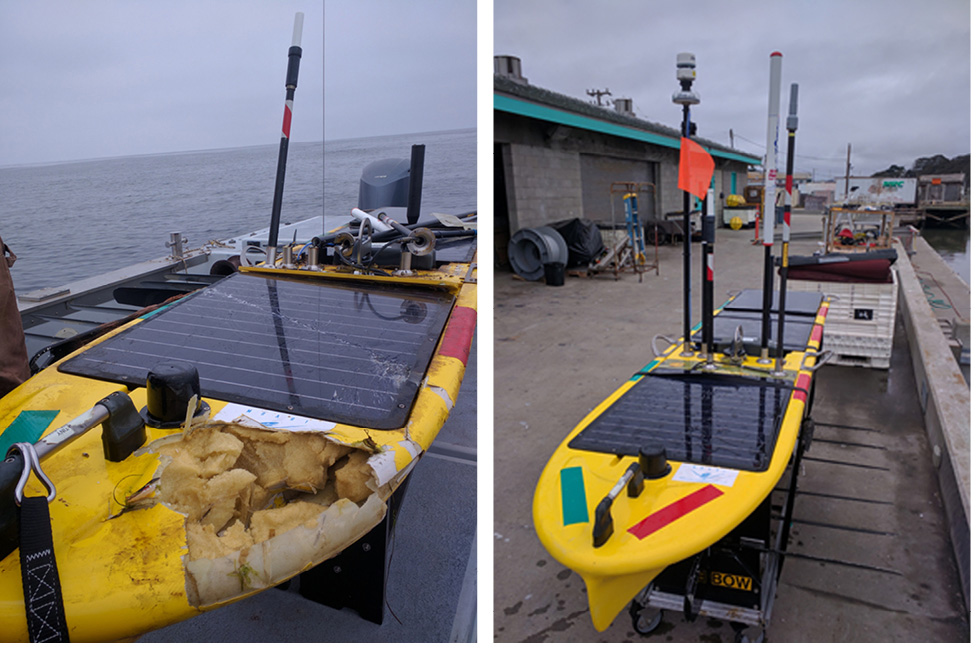 Wave Glider Tiny at recovery and after repairs. Photo: © 2016 MBARI 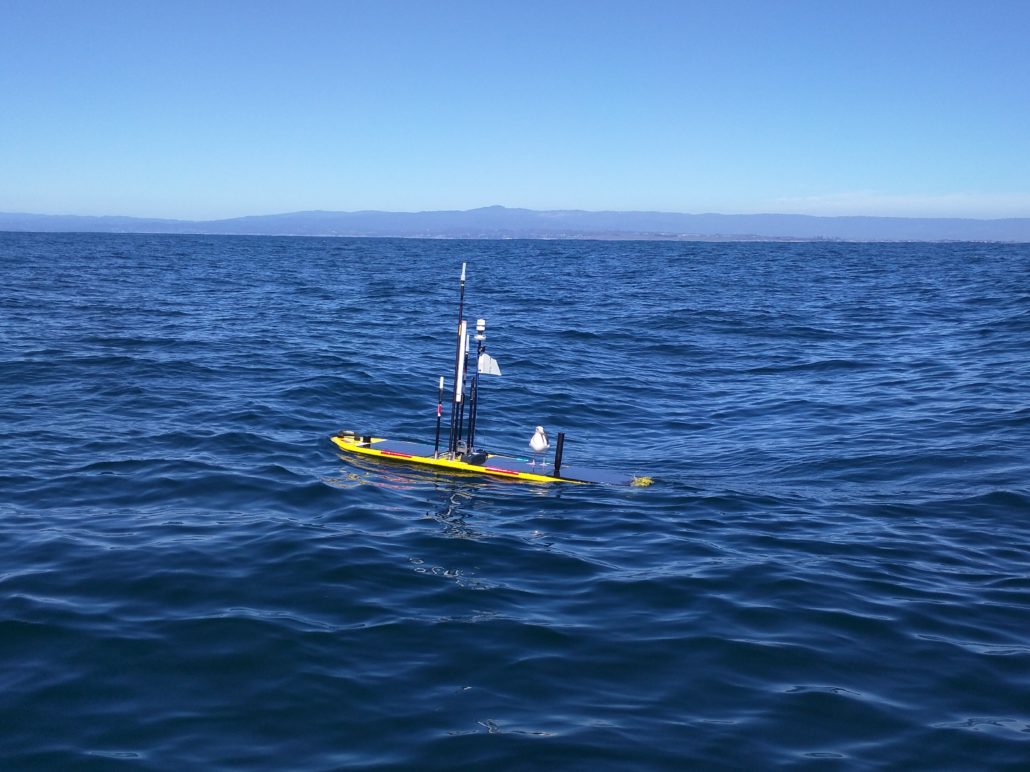 At sea, a Western gull surfs on Tiny giving a perspective of the vehicle’s size. Photo: © 2016 MBARI