Approximately a million microbes can be found in a single milliliter of seawater, which leaves scientists with a vast and complicated array of these single celled organisms to study. Our understanding of the distribution and abundance of marine microbes is largely due to the use of cytometry, which allows scientists to count and characterize microbes.

In a flow cytometer, water is constantly run past a laser or other specifically tuned light source. The way the light reflects off of individual cells reveals cell size and the presence of fluorescent pigments, which together allow the cells to be identified.

When an autonomous camera is added to a cytometer, it automatically takes pictures as water flows through the cytometer. In this way, it functions like an autonomous microscope and produces a large gallery of images for scientists to review.

An MBARI-based team led by Charlie Paull and Brian Kieft created a “smart boulder”- a motion-sensing instrument that can be placed within the sediment or on the canyon floor. This device, called a benthic event detector (BED), can record its motion as it moves down-canyon, providing detailed data on when an event occurred, how far and fast it moved, and the nature of its motion.

Why is a mobile cytometer necessary?

Although single-celled microbes are quite small, cytometers themselves are often large, power-hungry, and complex, making them difficult to bring aboard research vessels. Cytometers also require a human operator, which is costly in terms of time and money. Until recently, marine cytometry studies have usually been limited to widely-spaced and discrete samples collected from ships.

A cytometer that was smaller and able to run without human intervention would be less expensive and could be mounted on a variety of autonomous platforms, ranging from mobile gliders to stationary locations. A mobile cytometer would be able to access previously unavailable locations and stay for longer periods of time to take samples, providing an insight into how marine microbe populations change over location and time, and how they respond to climate change and human influence.

Better understanding of marine microbial communities is important because phytoplankton, just one type of microbe, produce 50 percent of the atmosphere’s breathable oxygen. Phytoplankton also regulate atmospheric carbon dioxide, and are the base of the marine food web. Some marine microbes, such as toxic algae can cause red tides, which can have major effects on the health of humans, coastal ecosystems, and fisheries.

How will we get there?

MBARI’s Cytometer Technology for Autonomous Platforms Feasibility Study (2013-2016) surveyed existing and emerging technologies for small autonomous cytometers and microscopes that could potentially be integrated with autonomous underwater and surface vehicles. After the team borrowed and evaluated several commercially available instruments, they published a review article in the Marine Technology Society Journal. Three working groups were organized to troubleshoot the existing obstacles to a mobile cytometer:

Image processing and identification: Using a machine-learning approach, this group is investigating ways to automatically process cytometer images and identify present species. The group is also exploring open-source technology to allow both software and image databases to be shared, which will assist in calibrating and validating newly developed software.

For example, after a species of interest is identified by the cytometer, its vehicle or device may take additional water samples, measure water temperature, or look for specific chemical signals. One application could be a sensor to detect domoic acid, the harmful neurotoxin linked to red tides. The team will first design and implement simple adaptive sampling experiments where information from one sensor can trigger another. Over time, these experiments will evolve in complexity to include multiple vehicles and sensors/samplers. 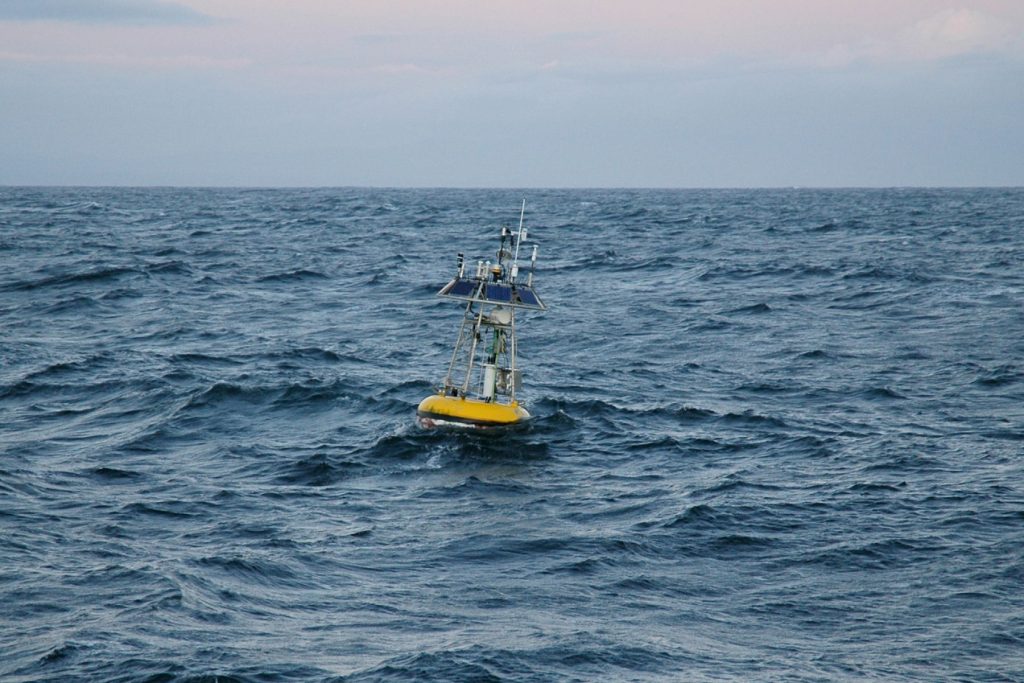