The Ocean Chemistry of Greenhouse Gases is a long-standing MBARI project that first began in 1996 with a simple experiment on an ROV to make gas hydrates in the natural marine environment. The immediate success of this first experiment quickly led to other experiments and the project has continued to evolve over time. At its heart, the project is based upon a simple premise: use MBARI’s advanced technology and ROV platforms to investigate the physical and environmental chemistry of carbon dioxide and methane, which are two of the most prominent and important gases affecting Earth’s changing climate and the health of the ocean. This premise has not only proved successful, it led to a variety of different experiments, discoveries and technology developments.

The project began with a series of experiments investigating the hydrate formation process. This effort required the development of new hardware to transport pressurized gases (e.g., methane, propane, ethane, etc.) and compressed liquids (carbon dioxide) into the deep sea onboard an ROV. Learning how to make controlled releases and conduct in situ synthesis experiments proved both technologically challenging and scientifically rewarding as this work led to new understandings of the clathrate hydrate formation processes. 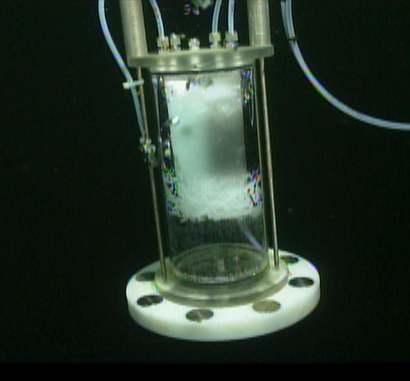 The technology developed for making artificial gas hydrates in the deep sea later enabled investigation of the impact of deep ocean CO2 sequestration. Initially, the project focused on questions related to CO2 hydrate formation, long-term hydrate stability and measurements of hydrate dissolution rates. When this work attracted the interest of biologists who were concerned about the impact of high CO2 levels and low pH on the animals in the deep sea, we partnered with the Barry lab to conduct studies of benthic ecology. This work would eventually lead to the FOCE project. 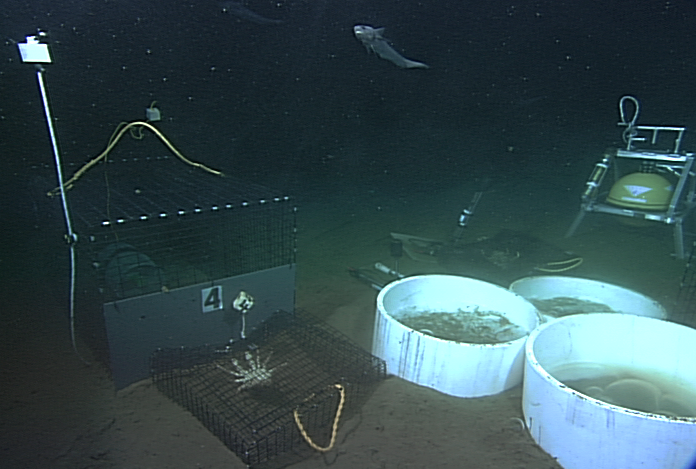 In order to more fully understand the hydrate synthesis process, we developed the first deep ocean Raman in situ spectrometer (DORISS) to allow spectroscopic measurements of the composition and crystal structure of the hydrates formed. Following our successes with synthetic hydrates, we then pursued the investigation of naturally occurring gas hydrates at Eel Canyon, Hydrate Ridge and Barkley Canyon. 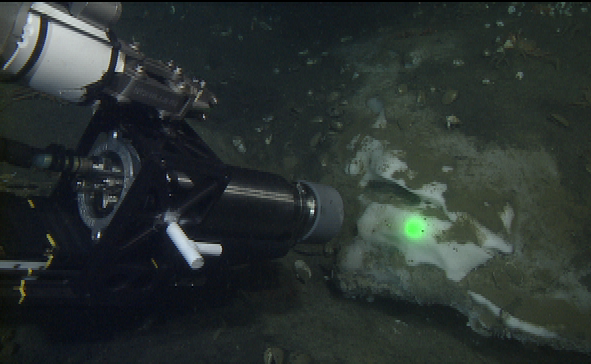 The work with naturally occurring gas hydrates led to physical chemistry studies of the associated gas and oil seeps. With the laser Raman spectrometer we were able to measure the gas composition in situ and study the release of light-weight hydrocarbon gases from rising droplets of oil. In order to further understand the chemistry of these processes, we performed a series experiments to investigate the loss of methane and other gases from small scale releases of surrogate oils in Monterey Bay. 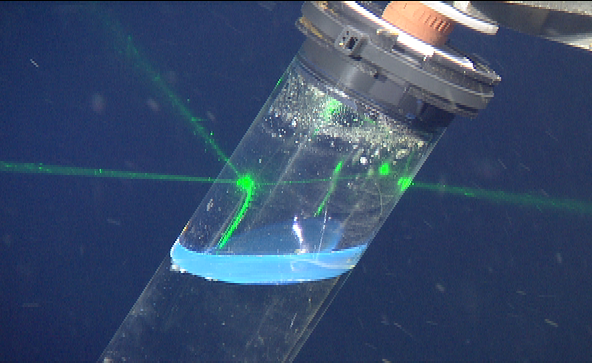 More recently, with the development of a pore-water sampling probe, we have used DORISS to make in situ measurments of the interstitial fluids in reducing sediments. The laser Raman spectrometer allows the determination of sulfate, hydrogen sulfide, bisulfide, and dissolved methane in these fluids. When the concentration of hydrogen sulfide is sufficiently high, we can estimate the pore-water pH from the ratio of the hydrogen sulfide and bisulfide peaks. 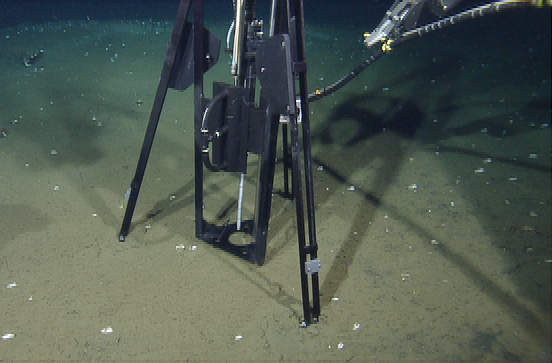 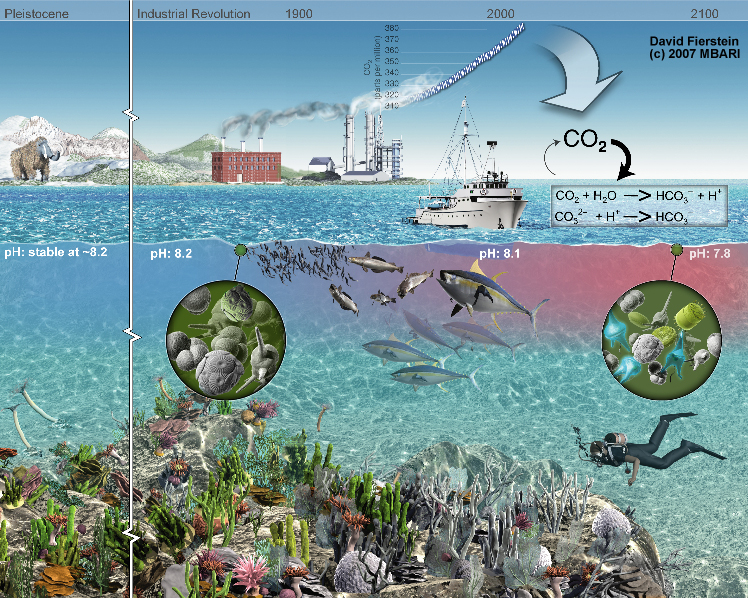 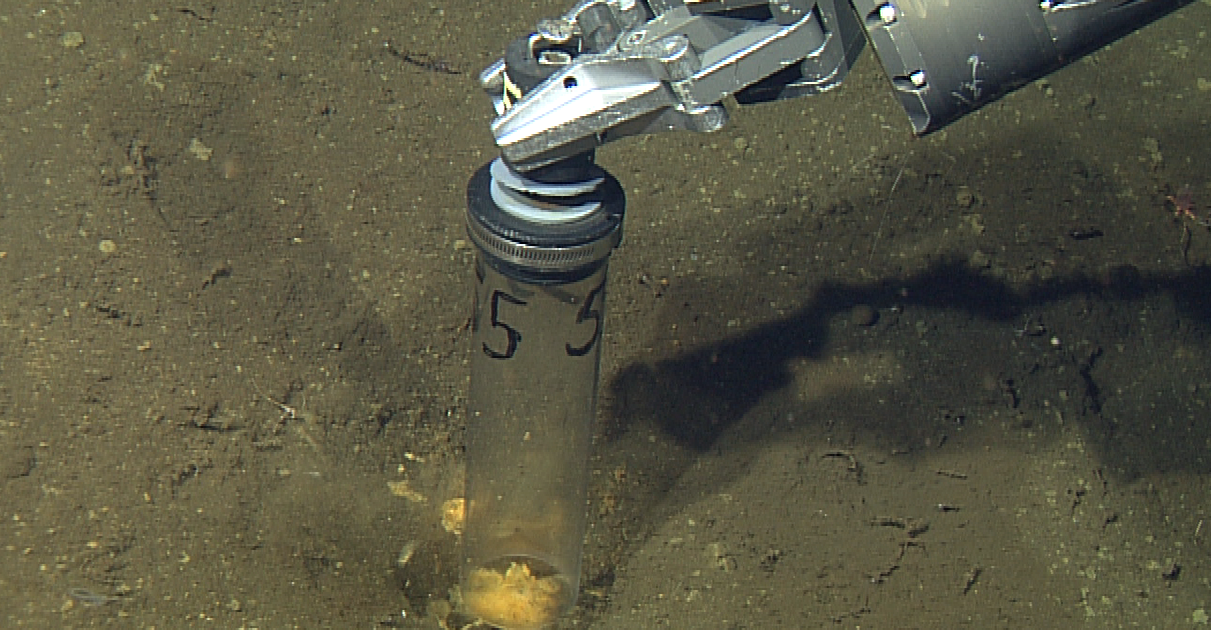