Keep up on the latest MBARI research and findings by following:

You can also subscribe to our monthly newsletter here!

Magical moments with a splendiferous snailfish, Careproctus melanurus. 🐌🐟✨⁠ ⁠ Snailfishes (family Liparidae) are a diverse and thriving group of fishes with over 400 described species. They have tadpole-like bodies with broad pectoral fins and tiny tail fins. They are found globally in all ocean basins, from shallow intertidal waters to the deepest depths of the ocean.⁠ ⁠ These flabby, scaleless fishes are well-adapted to various habitats, including rocky outcrops, the muddy seafloor, and even the midwater. They play an important role as prey and predator in many ecosystems. Most snailfish species are small and feed on tiny invertebrates, but larger species may prey upon other fishes. MBARI has observed over a dozen species of snailfish in the past 34 years of exploration. We suspect there are dozens more out there waiting to be discovered.⁠

Meet the largest family of living sharks—deep-sea catsharks.⁠ ⁠ Deep-sea catsharks are the largest family of living sharks today, with more than 90 species. Catsharks were named for their long, cat-like eyes that are specialized for seeing in low light conditions. These a-meow-zing sharks can be found up to 2,200 meters (7,200 feet) below the surface and grow up to 75 centimeters (30 inches).⁠ ⁠ Most catsharks lay elaborate clusters of egg cases. The eggs can take up to two years to develop. Tough egg cases, made of keratin protect the developing embryos from predators. A changing ocean means an uncertain future for catsharks. Warming waters could affect developing embryos, and expanding low-oxygen zones could displace adult populations.

Swimming through a coral wonderland. ⁠ ⁠ The corals growing on Sur Ridge’s rocky ledges can reach over two meters (six feet) in height and grow as big as a king-size mattress. Deep-sea corals grow slowly, gaining mere centimeters in height each year. The corals at Sur Ridge are likely hundreds, if not thousands, of years old. We don’t know much about growth and longevity in sponges, but the massive sponges one to two meters (three to six feet) across may be just as old. The gardens of corals and sponges at Sur Ridge are like the old-growth forests on land.⁠ ⁠ Joint expeditions between MBARI and the Monterey Bay National Marine Sanctuary have taken stock of the diversity of corals and sponges at Sur Ridge. We’ve found two dozen different coral species here and nearly as many sponges. These come in a dazzling display of shapes and forms—stick-like red rope corals (Swiftia simplex), fanned branched tree corals (Parastenella sp.), funnel-shaped white trumpet sponges (Chonelasma sp.), and rugose stalked ruffled sponges (Farrea truncata). But several more remain unidentified and since the taxonomy of sponges remains in flux, there may be several new or undescribed species at Sur Ridge too.

This squid's got glowing power. ✨⁠ ⁠ The swordtail squid, Chiroteuthis calyx, has a transparent body that reveals its internal organs. This video clip shows the gut and gills inside the squid's body cavity and the light organs around its eyes. This species is relatively common in Monterey Bay between 300 and 600 meters (about 980 to 1,970 feet) but has been observed down to 1,000 meters (3,300 feet). Look closely as the squid swims down in this video, and you'll spot a small siphonophore, Nanomia bijuga, swimming by! ⁠ ⁠

Greetings from the Canadian Beaufort Sea! 🛳️🧊⁠ ⁠ This month, a team from MBARI is participating in an international research expedition on the Korean Polar Research Institute (KOPRI) icebreaker Araon, and you can follow along on their adventures!⁠ ⁠ MBARI is providing state-of-the-art autonomous underwater vehicles and a remotely operated vehicle to study the seafloor under the Canadian Beaufort Sea along the southern edge of the Arctic Ocean. On this expedition, they are investigating the effects of thawing submarine permafrost in this remote area of the Arctic Ocean. ⁠ ⁠ Head to the link in our bio to read more about this exciting expedition.

Let’s take a minute to marvel at this majestic monument made of mucus.⁠ ⁠ The giant larvacean, Bathochordaeus, builds a huge mucous house made up of two filters, which function as an elaborate feeding apparatus. The outer filter can be one meter across (about three feet) and the animal in the center is a few inches from head to tail. They eat tiny particles of dead or drifting plants and animals that float through the water column. ⁠ ⁠ The outer filter traps larger particles too big for the animal to eat, while the inner filter guides smaller food particles into the larvacean’s mouth. Eventually, the filters get clogged and the larvacean abandons them. The sinking houses, packed with food particles, provide an important source of food for animals living on the seafloor.

Fall feels from the Gulf of California ⁠🍂⁠ ⁠ The extraordinary animals that inhabit the Gulf of California have adapted to a world of extreme conditions. The gulf's challenging environments include a large, shallow zone of oxygen-poor water and the scalding, sulfuric outflow of hydrothermal vents. ⁠ ⁠ Over the years, MBARI scientists have participated in various expeditions to the Gulf of California—a 1,130-kilometer-long (700-mile-long) finger of water that separates the peninsula of Baja California from mainland Mexico. ⁠This region holds special scientific appeal because of its nutrient-rich surface waters filled with life, its extensive layer of oxygen-poor water, and the many hydrothermal vents, undersea volcanoes, and zig-zag faults that have shaped its seafloor. ⁠ ⁠ Exploration in the Gulf of California has proven rewarding for⁠ biologists seeking to learn about interactions between species⁠, the range of different species, and to find animals not previously known to science.

Is parasitic an attachment style? 🧐⁠ ⁠ Nearly all hyperiid amphipods have some relationship with other gelatinous midwater organisms (often parasitic). In many cases, it is difficult to observe these associations using trawled specimens because either the amphipod is knocked off its host or the fragile host is destroyed. But seeing this interaction with underwater cameras on our ROVs has given scientists insight into how these animals live and affect the deep-sea community. ⁠ ⁠ This hyperiid amphipod was captured on camera inside its jelly host, Calycopsis simulans, at 365 meters (1,198 feet).

Deep-sea drive-through 🍟⁠ ⁠ Lithodid crabs—also known as king crabs—roam the deep seafloor searching for their next meal. They primarily feed on echinoderms (like sea stars) and other crabs, but when food is scarce, they scavenge for leftovers on the seafloor. 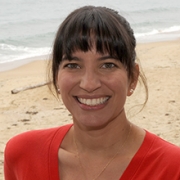 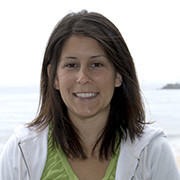 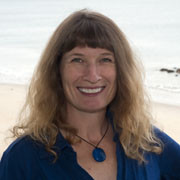 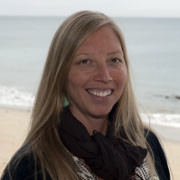