Remotely operated vehicle (ROV) Doc Ricketts completed its one thousandth dive on December 21, 2017, marking a significant milestone for the vehicle and its team of pilots. Since it began operations in February 2009, Doc Ricketts has explored the deep sea as far north as the Juan de Fuca Ridge off the Pacific Northwest coast and as far south as Baja California, Mexico. 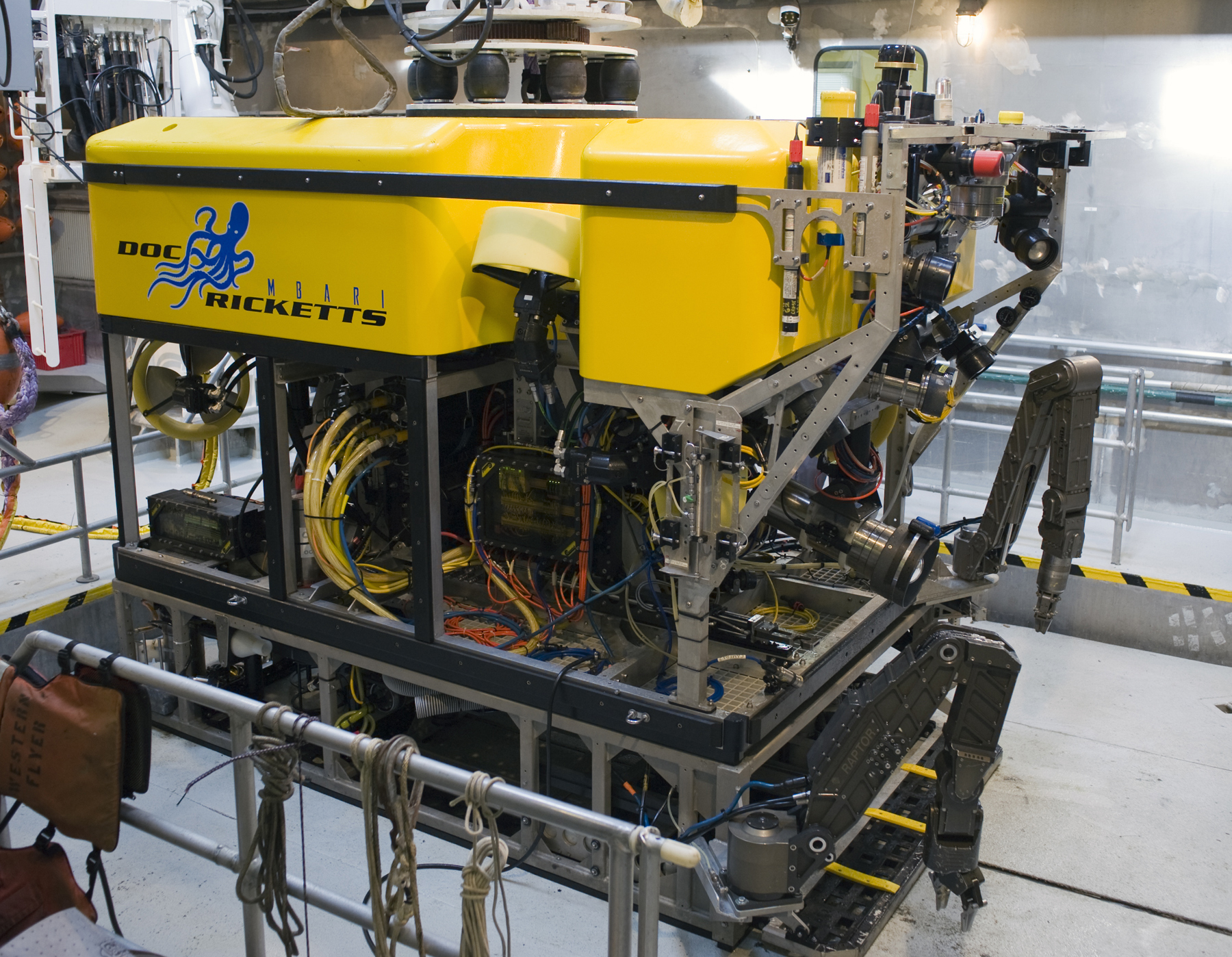 ROV Doc Ricketts is launched through the moon pool of its host ship, the R/V Western Flyer.

The ROV’s thousandth dive could not have taken place in a more picturesque place. MBARI researchers and scientists from the Monterey Bay National Marine Sanctuary were revisiting an area called Sur Ridge, an underwater mountain about 37 kilometers (23 miles) off the California coast. During the dive, Doc Ricketts was monitoring deep-sea corals 1,281 meters below the surface. 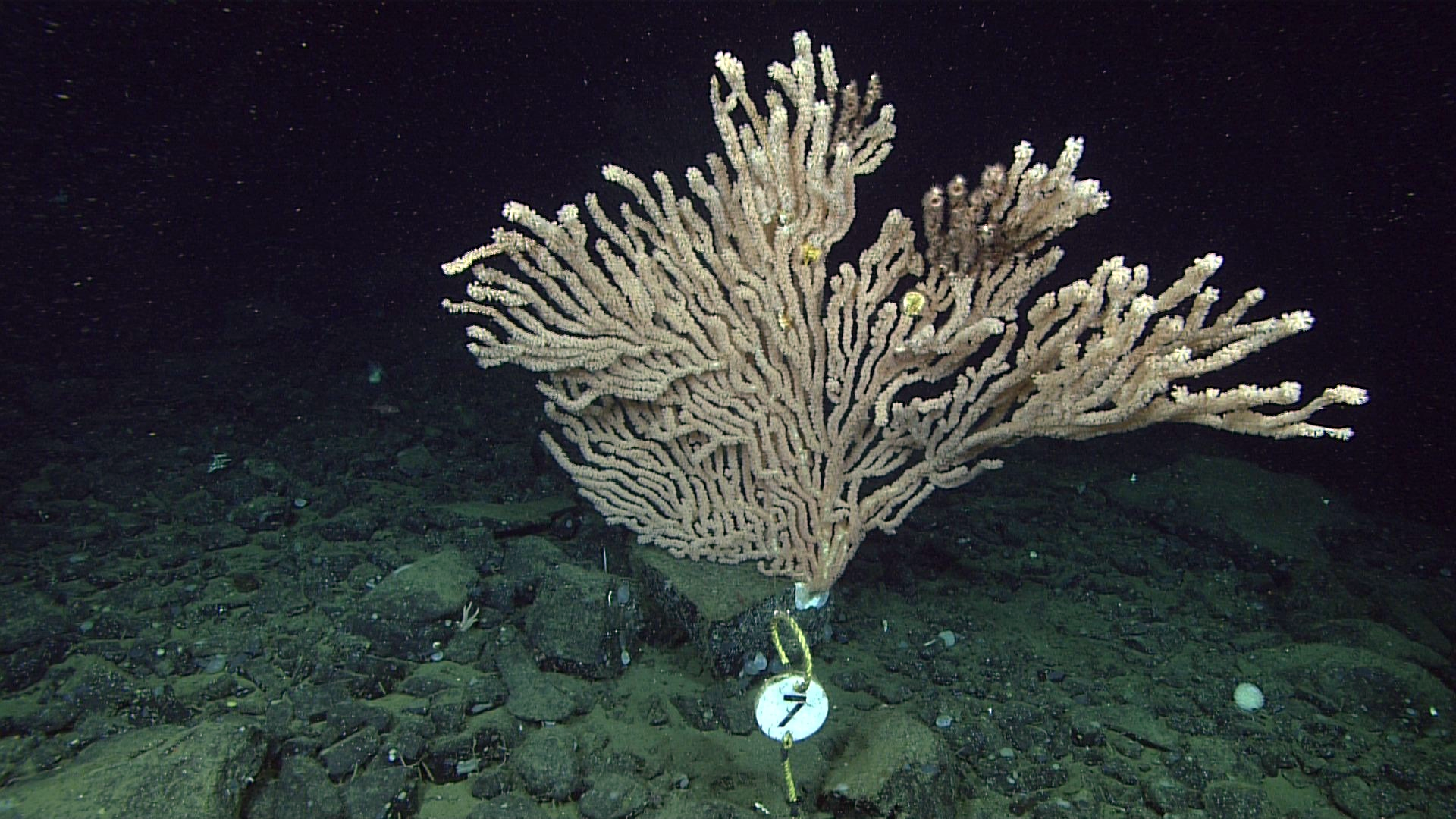 The ongoing studies of deep-sea corals provide important information about the role these animals play within the biological communities they inhabit. Researchers monitor size, age, growth, reproduction, and symbiotic relationships with other animals (including predation). 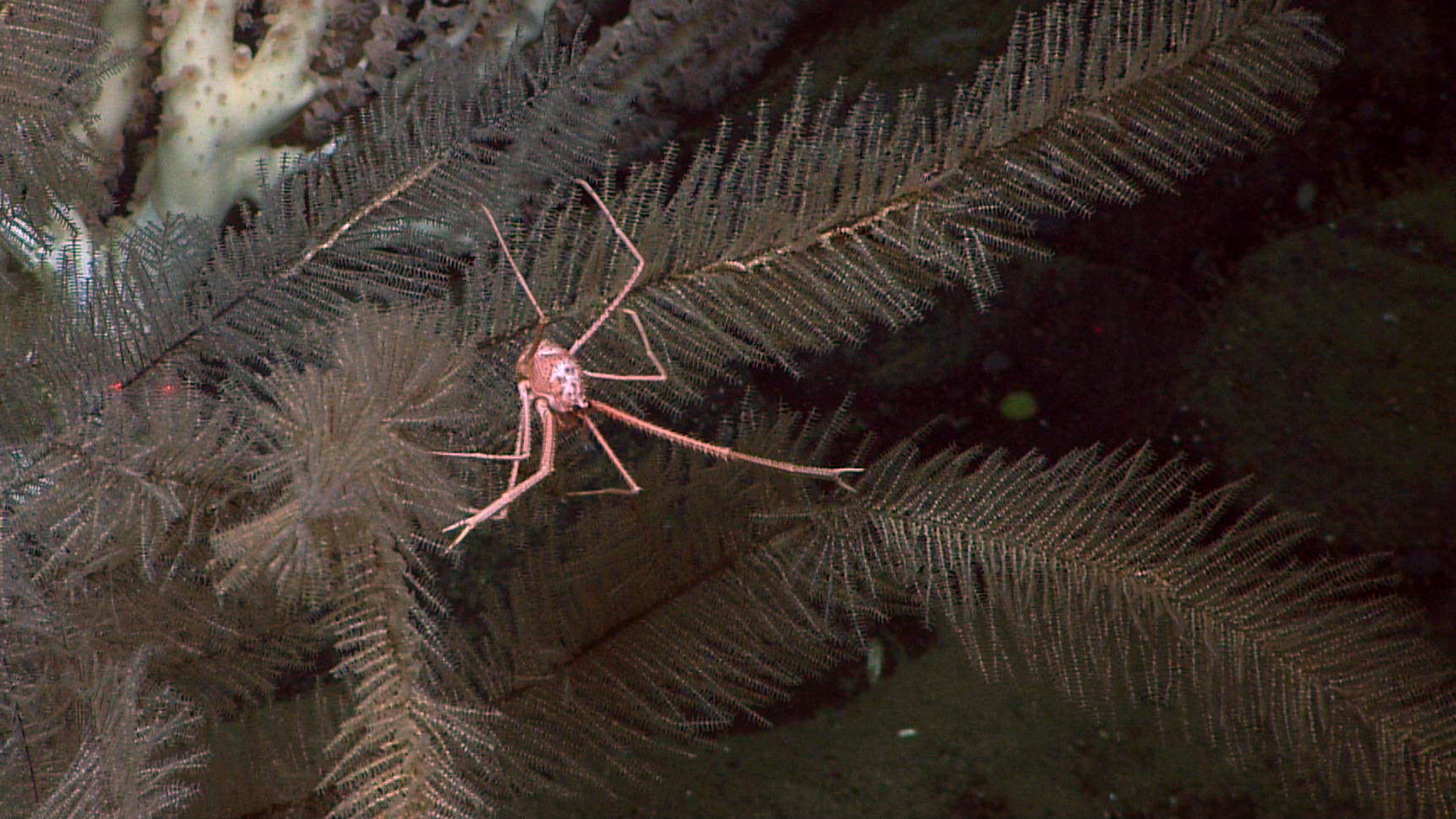 A crab (Gastroptychus iaspis) on a black coral (Lillipathes sp.), also seen during the thousandth dive.

MBARI’s ships and vehicles provide invaluable access to the sea necessary for researchers to conduct continual studies such as those at Sur Ridge. Craig Dawe, MBARI’s technical support manager, commented, “The Doc Ricketts started out as an excellent platform for MBARI’s ocean science. Over the years of operation, it has morphed into an even more capable system. This is no small part due to the efforts of the ROV pilots (Knute Brekke, Mark Talkovic, Randy Prickett, Bryan Touryan-Schaeffer, and Ben Erwin). The ship’s crew contributes to these successes as well because, after all, it does take a team to achieve this kind of accomplishment, and without them, it would not be possible.”

In addition to the ship’s crew, technical and engineering staff play a major role in the success of MBARI’s marine operations. MBARI looks forward to the exploration and discovery Doc Ricketts’ next thousand dives will bring.