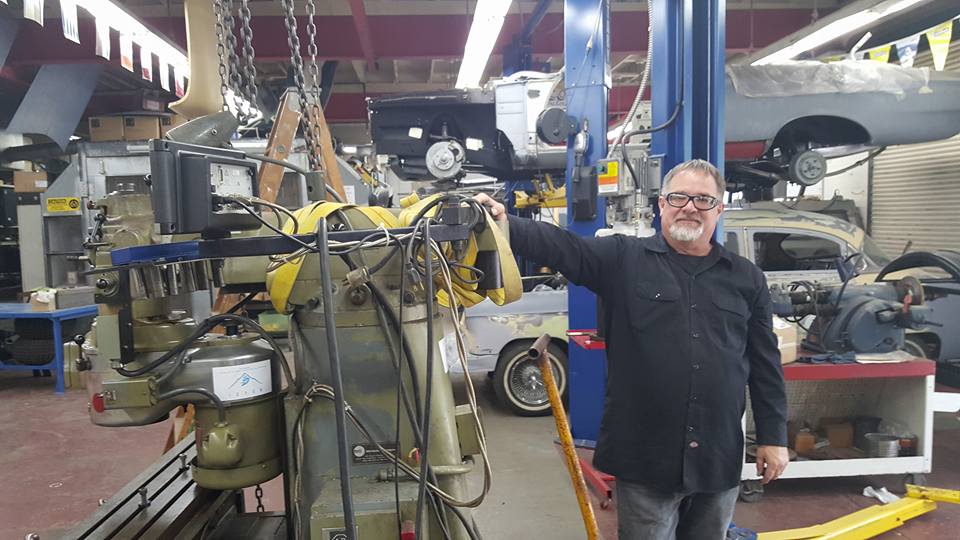 Robin Coyne, an automotive technology teacher and robotics team mentor at Monterey High School, next to a mill donated by MBARI.

A large piece of surplus MBARI equipment will go a long way to helping some local students. In early March, MBARI donated a mill from its machine shop to nearby Monterey High School. Robin Coyne, an automotive technology teacher and mentor of the high school’s robotics team, took delivery of the mill on the school’s behalf. The team, called Robodores, was founded in 2011 and has participated in the CalGames high school robotics competition, making it to the finals in 2015. MBARI engineers Thom Maughan, Kevin Gomes, and Mike Parker helped facilitate the mill donation. Maughan, a software engineer, also volunteers his time and expertise at another local robotics team at Carmel High School called the Robo Rockin’ Bots. He worked with their teacher Paul McFarlin, who began the robotics program that has proliferated to a number of high schools including Monterey High School, to determine the best recipient of the mill.