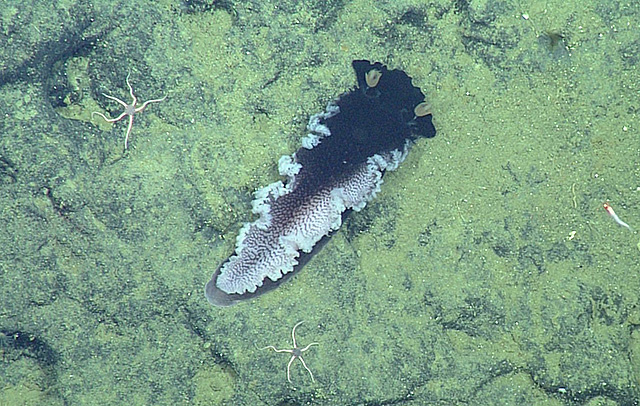 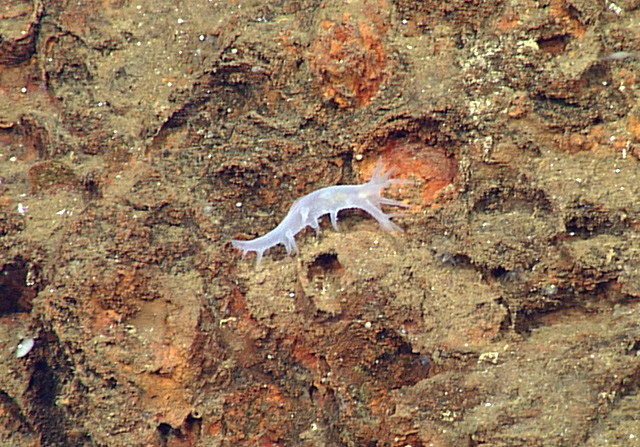 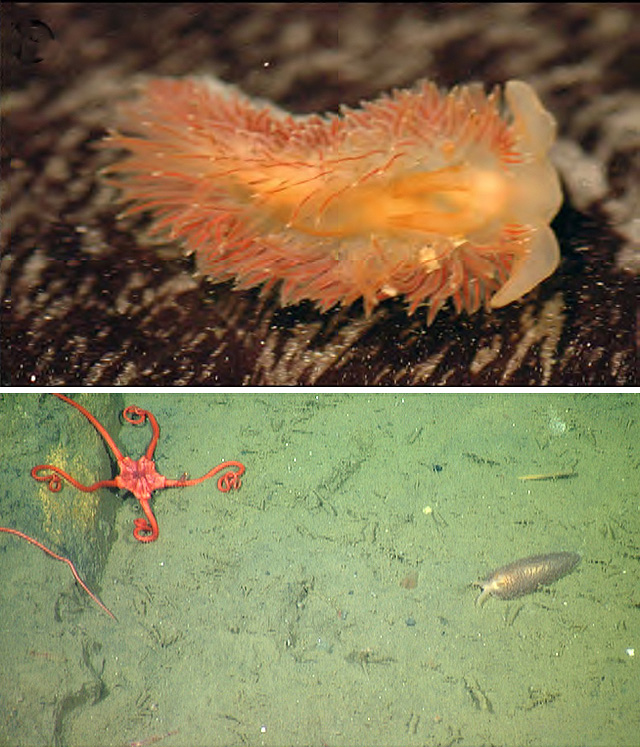 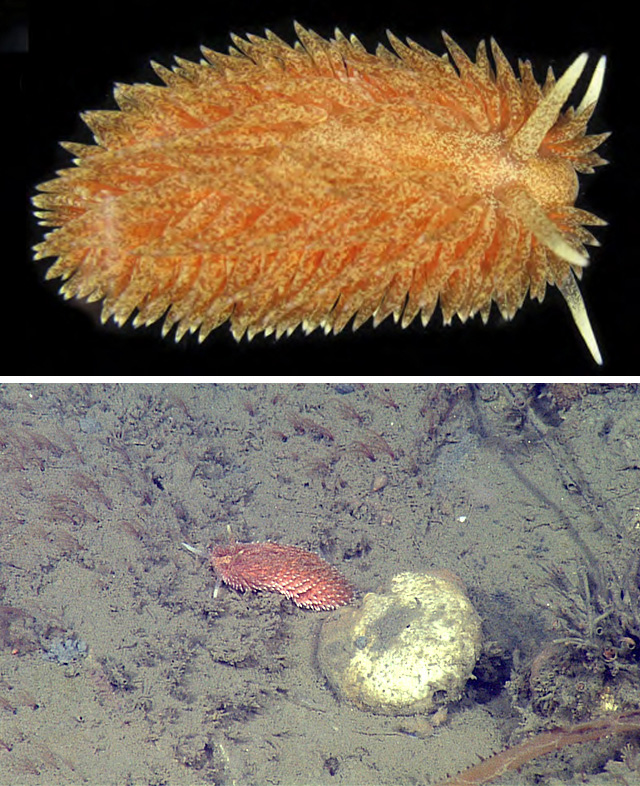 Aeolidia libitinaria nudibranch, in the lab (top; courtesy of Greg Rouse) and near a dead whale in Monterey Bay (bottom; © MBARI). 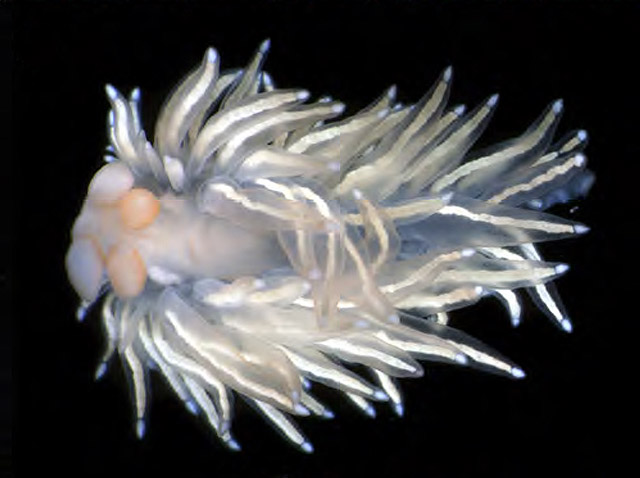 December 7, 2020 – MBARI scientists confirm the first evidence of bioluminescence in a sponge, showing that the sponges contain the chemicals necessary to make light within their bodies.
Nov 23, 2020 – Researchers recently discovered the largest aggregation of fishes ever recorded at abyssal depths (below 3,000 meters or 9,800 feet) in the ocean.
July 13, 2020 – A new research paper shows that some of the most common and iconic deep-sea corals can create their own light.
April 7, 2020 – A 30-year study off the California coast has revealed dramatic fluctuations in deep-sea animal communities.