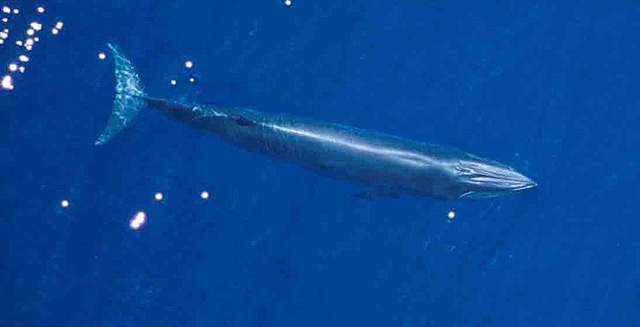 Aerial view of a Bryde’s whale in the Gulf of Mexico. Image courtesy of NOAA; photograph taken under NOAA research permits #14450-05 and 21938.

In an ongoing effort to detect endangered Bryde’s whales, the National Oceanic and Atmospheric Administration (NOAA) and MBARI have teamed up to deploy an Environmental Sample Processor (ESP) in the Gulf of Mexico. Researchers from NOAA will analyze environmental DNA (eDNA) collected by the ESP to see if Bryde’s whales can be detected. They will compare the eDNA results with data from an underwater sound-recording device that can capture the distinct calls of these elusive whales.

Bryde’s (pronounced “broodus”) whales are relatives of blue and humpback whales and are found in temperate and warm waters around the world. However, the subspecies of Bryde’s whales that lives in the Gulf of Mexico is one of the most endangered whales in the world, with fewer than 100 living individuals. It was not until 2014 that genetic testing showed that Gulf of Mexico Bryde’s whales were a separate subspecies from other Bryde’s whales. These whales face ongoing threats from oil and gas development, vessel strikes, increasing ocean noise, and entanglement in fishing gear. They were declared endangered by NOAA in 2019.

Unlike some whales, which migrate seasonally, Gulf of Mexico Bryde’s whales typically remain in the northeastern corner of the Gulf all year long, feeding along the continental shelf break at depths of 100 to 400 meters (about 330 to 1,300 feet). Currently, this is the only place where these whales are known to live, but historical whaling records suggest they may have once ranged more widely across the Gulf.  This project aims to investigate whether the whales utilize areas outside the northeastern Gulf of Mexico. 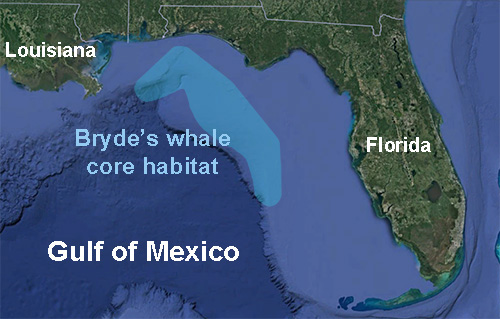 Approximate boundaries of core habitat for Bryde’s whales in the northern Gulf of Mexico. Image: NOAA and Google Earth.

Bryde’s whales spend much of their time within 15 meters (49 feet) of the sea surface, but they likely forage for food (including small fish and crustaceans) on or near the seafloor. Like most baleen whales, they produce distinctive low-frequency calls underwater, presumably as a means of communicating with one another.

Although they may grow up to 15 meters (49 feet) long, Bryde’s whales are extremely hard to spot at sea. They surface at irregular intervals and sometimes have small, inconspicuous spouts. Occasionally they will even exhale underwater rather than making a spout that is visible above water. They also have long, narrow streamlined bodies and their flukes rarely break the surface of the ocean. 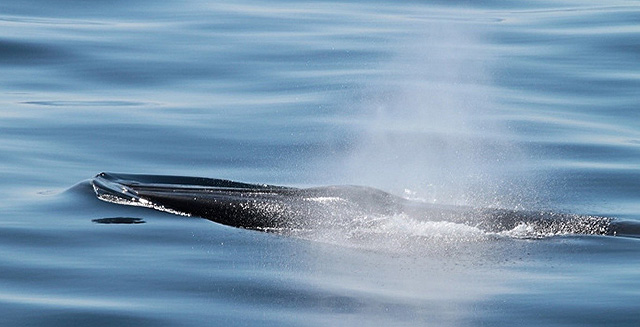 A Bryde’s whale surfaces to breathe in the Gulf of Mexico. Image courtesy of NOAA; photograph taken under NOAA research permits #14450-05 and 21938.

Because Gulf of Mexico Bryde’s whales are so rare and difficult to observe, scientists have had a hard time getting an accurate estimate of their abundance.  Researchers at NOAA have used ships, aerial drones, eDNA, and hydrophones (underwater microphones) to study them.

As part of NOAA’s most recent study, MBARI researchers deployed an Environmental Sample Processor in a new area in the western Gulf to explore whether the whales use any habitats in this region. The ESP was deployed in late February 2020. If all goes well, it will operate for four months.

The ESP is attached to a deep-water mooring in water 240 meters (790 feet) deep and far from shore. The instrument itself is moored about 15 meters (49 feet) below the sea surface for protection from ship traffic. However, it uses a long hose to collect seawater from just three meters below the surface. Researchers believe Bryde’s whales are likely to release eDNA into the surface waters when they come to the surface to breathe.

Each day, two hours before sunrise, the ESP collects water samples and then filters and preserves the eDNA in these samples. This time of day was chosen because Bryde’s whales are thought to spend the nighttime hours relatively close to the surface.

After the ESP is recovered, NOAA researchers will analyze the samples collected by the ESP to look for eDNA from Gulf of Mexico Bryde’s whales. They will then compare these eDNA results with data from a High Frequency Acoustic Recording Package (HARP)–an underwater sound-recording device–deployed about two kilometers (one and one-quarter miles) away from the ESP. Among other things, the researchers hope to find out if whale eDNA was detected on the same days when whales were heard on NOAA’s hydrophone. 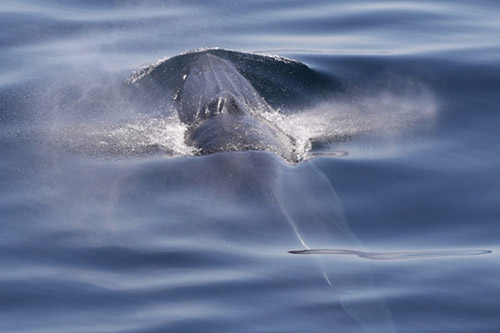 A Bryde’s whale pierces the clear water of the Gulf of Mexico. Image courtesy of NOAA; photo taken under NOAA research permit #14450-05 and 21938.

NOAA conceived and funded this project and provided about $70,000 to MBARI for mooring design and engineering costs. The agency also provided ship time for the deployment. MBARI donated the second-generation ESP and the mooring, as well as additional engineering time.

“This was a very complicated mooring deployment,” explained Birch. “The ESP team put in a lot of effort to make this work. Scott Jensen designed the mooring string and built it on the back deck of the R/V Pelican, a UNOLS research vessel. Brent Roman developed a new communications method using a satellite phone instead of the cell phone system we’ve used previously for nearshore deployments. A similar system could be used for future MBARI deployments in remote locations.”

Like MBARI’s ongoing research on coho salmon in California, this experiment will allow researchers to compare eDNA data with other methods for environmental monitoring. In both cases, the Environmental Sample Processor will provide an automated method for collecting clean, well-preserved samples of eDNA at regular intervals in remote locations. If these pilot projects are successful, they will provide scientists and resource managers with new methods for monitoring and studying endangered species. 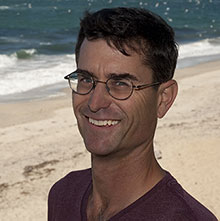 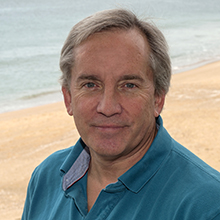 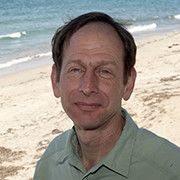