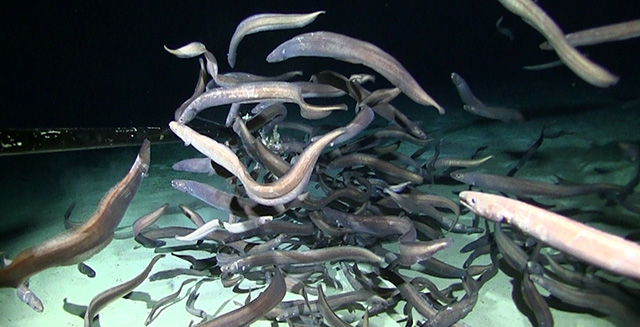 Cutthroat eels (Ilyophis arx) swarm around a small bait package deployed on the summit of an unnamed abyssal seamount in the southwestern Clarion-Clipperton Zone. Image courtesy of the Deep Sea Fish Ecology Lab, University of Hawaii.

Researchers recently discovered the largest aggregation of fishes ever recorded at abyssal depths (below 3,000 meters or 9,800 feet) in the ocean. The team of oceanographers from the University of Hawai‘i, MBARI, and the UK National Oceanography Centre published their findings today in the journal Deep-Sea Research.

“Our observations truly surprised us,” said Astrid Leitner, a postdoctoral fellow at MBARI and lead author on the study. “We had never seen reports of such high numbers of fishes in the sparsely-populated, food-limited deep sea.”

Leitner conducted this work as a graduate researcher at the University of Hawai‘i School of Ocean and Earth Science and Technology (SOEST). She and her colleagues made the observations during an expedition to the Clarion-Clipperton Zone (CCZ), a large region in the Eastern Equatorial Pacific between Hawai‘i and Mexico. The CCZ has been proposed as an area for the deep-sea mining of nodules containing metals such as copper, cobalt, zinc, and manganese. 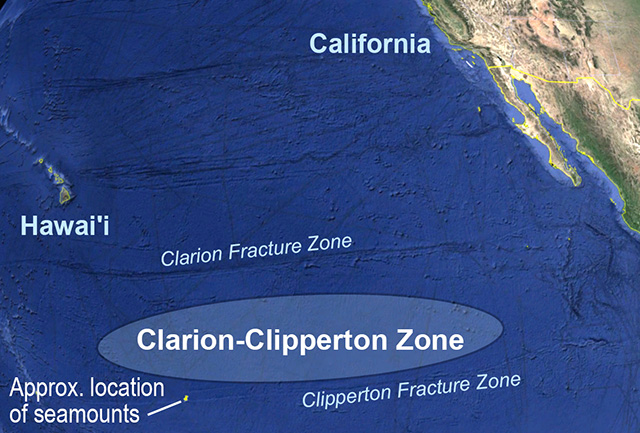 This map shows the approximate location of the Clarion-Clipperton Zone and the seamounts where eel swarms were photographed. Base image courtesy of Google Earth.

During their expedition to the CCZ, the research team studied three abyssal seamounts and the surrounding abyssal plain as part of an effort to establish an ecological baseline before deep-sea mining begins. Abyssal seamounts are deep underwater mountains whose summits are at least 3,000 meters (9,800 feet) below the sea surface. They dot the deep seafloor and are some of the least explored habitats on the planet.

On the summit of one of these previously unmapped and unexplored seamounts, the team placed one kilogram (about two pounds) of mackerel as bait, then videotaped a swarm of 115 cutthroat eels feasting on the easy meal. A few of these eels were caught in a baited trap and brought to the surface. They were identified as Ilyophis arx, a poorly known species, with fewer than ten specimens held in research collections worldwide.

The researchers observed these eels near the tops of all of the seamounts they studied, but not on the surrounding abyssal plain. These findings suggest that abyssal seamounts may support much higher numbers of animals than their surrounding habitats and that the eels are probably seamount “specialists.”

After returning from their expedition, the team confirmed they had documented the highest number of fishes ever recorded at one time in the abyssal ocean—almost double the previous record.

“If this phenomenon is not just isolated to these seamounts in the CCZ, the implications for deep-sea ecology could be widespread,” said Leitner. “Our findings highlight how much there is still left to discover in the deep sea, and how much we might lose if we do not manage deep-sea mining appropriately.”

Article adapted from a news release from the University of Hawaii.

December 7, 2020 – MBARI scientists confirm the first evidence of bioluminescence in a sponge, showing that the sponges contain the chemicals necessary to make light within their bodies.
Nov 23, 2020 – Researchers recently discovered the largest aggregation of fishes ever recorded at abyssal depths (below 3,000 meters or 9,800 feet) in the ocean.
August 14, 2020 – Today the New York Times ran an editorial highlighting the potential effects of deep-sea mining on midwater animals.
July 13, 2020 – A new research paper shows that some of the most common and iconic deep-sea corals can create their own light. 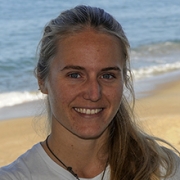