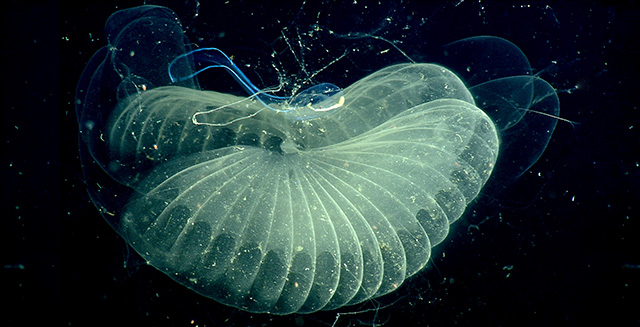 Living in an essentially zero-gravity environment, many deep-sea animals have evolved soft, gelatinous bodies and collect food using elaborate mucous filters. Until now, studying these delicate structures has been virtually impossible. A new study published in the journal Nature describes a unique laser-based system for constructing 3D models of diaphanous marine animals and the mucous structures they secrete.

According to Kakani Katija, MBARI Principal Engineer and the lead author on the new paper, “Mucus is ubiquitous in the ocean, and complex mucous structures are made by animals for feeding, health, and protection. Now that we have a way to visualize these structures deep below the surface we can finally understand how they function and what roles they play in the ocean.”

This animation shows the first ever 3D reconstruction of a giant larvacean, and revealing the complex structure of its inner filter. The animation was made in collaboration with the Digital Life Project at the University of Massachusetts. Image © 2020 MBARI

For this study, the researchers focused on one of the most prolific mucus architects, deep-sea animals called larvaceans. Larvaceans are abundant throughout the world’s ocean basins and range from less than one centimeter to about 10 centimeters in length. So-called “giant” larvaceans create balloon-like mucous webs that can be up to a meter across. Inside these outer filters are smaller, fist-sized inner filters that the animals use to feed on tiny particles and organisms, ranging from less than a micron to a few millimeters in size. 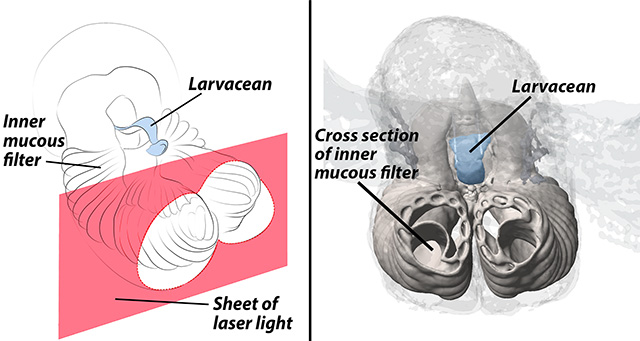 These illustrations show how a sheet of laser light illuminates the inside of a larvacean filter, revealing internal structures. Image: © 2020 MBARI

Despite their insubstantial bodies, larvaceans remove vast amounts of carbon-rich food out of the surrounding water. When their mucous filters become clogged the animals release the mucus, which sinks rapidly to the seafloor. This helps the ocean remove carbon dioxide from the atmosphere and carries microplastics from the water column down to the seafloor.

Researchers, like MBARI Senior Scientist and co-author Bruce Robison, have long been interested in how larvaceans can filter a wide variety of particles while processing very large volumes of water (up to 80 liters an hour). Previous studies have looked at smaller larvacean filters in the laboratory, but this is the first study to provide quantitative data about these mucus structures in the open ocean.

These illustrations show 3D reconstructions of a larvacean filter, as well as fluid flow-paths within the filter. The right image shows a view from the perspective of the red “eye” in the left image. Images: © 2020 MBARI

To gather these data, Katija, who heads MBARI’s Bioinspiration Lab, worked with a team of engineers, scientists, and submersible pilots to develop an instrument called DeepPIV (PIV stands for particle imaging velocimetry). Mounted on a remotely operated vehicle (ROV), the DeepPIV instrument projects a sheet of laser light that illuminates particles in the water, like dust motes in a sunbeam. By recording the movement of these particles in video, researchers can quantify tiny currents around marine animals as well as water flowing through their filters and their transparent bodies.

During field deployments of the DeepPIV system, Katija and her colleagues discovered that, as the ROV moved back and forth, the sheet of laser light revealed a series of cross sections through the transparent, gelatinous bodies and the mucus filters of giant larvaceans. By assembling a series of these cross-sectional images, the team was able to create three-dimensional reconstructions of individual larvaceans and their filters, much as radiologists do following a CAT scan of a human body. 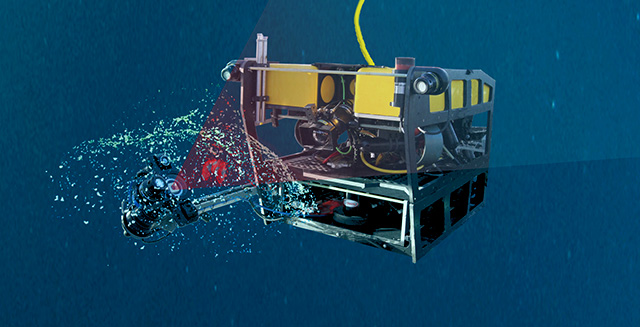 This illustration shows MBARI’s MiniROV carrying a DeepPIV system that illuminates a larvacean filter (lit in red by a sheet of laser light) in the depths of the ocean. Image: Kim Fulton-Bennett © 2017 MBARI

Collecting high-fidelity video imagery required skilled piloting of MBARI’s ROVs. “Using DeepPIV to collect these 3D cross sections is probably the hardest thing I’ve ever done with an ROV,” said Knute Brekke, chief pilot for ROV Doc Ricketts. “We were using a 12,000 pound robot to move a millimeter-thick laser sheet back and forth through a larvacean and its fist-sized mucous filter that was drifting hundreds of meters below the ocean surface.”

Combining three-dimensional models of larvacean filters with observations of flow patterns through the filters, Katija and her collaborators were able, for the first time, to identify the shape and function of different parts of the larvacean’s inner filter. Using 3D rendering software, they were able to virtually “fly through” the inner filter and study the flow of fluid and particles through different parts of the filter.

“Now we have a technique for understanding the form of these complex structures, and how they function,” Katija explained. “No one has done in situ 3D reconstructions of mucous forms like this before.”

“Among other things, we’re hoping to understand how larvaceans build and inflate these structures,” she continued. “This could help us design better 3D printers or build complex inflatable structures that could be used in a number of environments,” including underwater and in outer space. 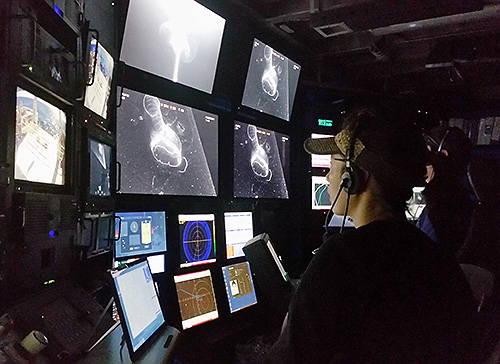 Expanding on this work, members of the Bioinspiration Lab are experimenting with new 3D plenoptic imaging systems that can capture highly-precise information about the intensity, color, and direction of light in a scene. They are also collaborating on the development of new underwater robots that will be able to follow gelatinous animals through the water for hours or days at a time.

“In this paper, we have demonstrated a new system that operates well with a variety of underwater vehicles and midwater organisms,” said Katija. “Now that we have a tool to study the mucus filtering systems found throughout the ocean, we can finally bring to light some of nature’s most complex structures.”

“DeepPIV has revealed a marvel of natural engineering in the structure of these complex and intricate filtering webs,” said Robison. “And in DeepPIV, human engineering has produced a powerful new tool for investigating these and other mysteries of the deep ocean.”

Video showing a complete “fly-through” of a larvacean filter based on the 3D models created as part of this research:

Feb 28, 2018 – Two of MBARI's newer researchers—Kelly Benoit-Bird and Kakani Katija—are being featured in a program at the American Museum of Natural History.
Aug 16, 2017 – A new paper by MBARI researchers shows that filter-feeding animals called giant larvaceans can collect and consume microplastic particles, potentially carrying microplastics to the deep seafloor.
May 3, 2017 – New laser technology is allowing MBARI scientists to look into the structure of giant larvaceans--tadpole-like marine animals that are important players in ocean ecosystems.
Nov 21, 2016 – A century after its first discovery, the existence of the giant larvacean, B. charon, was confirmed by MBARI scientists when a routine sample collection turned extraordinary. 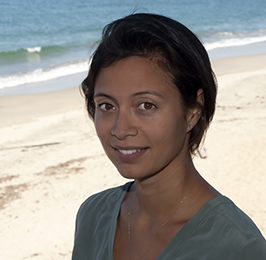 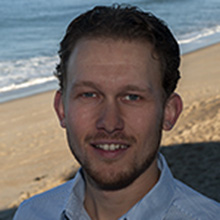 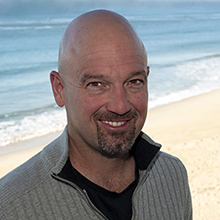 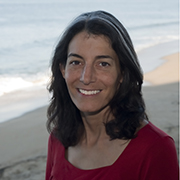