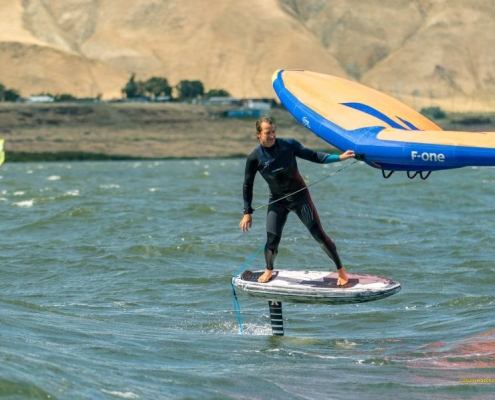 Chris will be presenting his plans to solo wing-foil 2,750 nautical miles across the Pacific Ocean, from Half Moon Bay, California, to Oahu, Hawaii, in June and July of 2021. It will require him to complete two marathons per day, non-stop for fifty days, unsupported and completely unassisted, with only his trusty GPS and a global social media audience for company. An established ambassador for ocean sport and high adventure, Chris Bertish has already built a faithful audience hundreds of thousands strong. In 2017 he soloed across the Atlantic Ocean—7,500 kilometers of unassisted paddling—and in the process, forged his unique adventure-media model with fans clamoring for his Captain’s Log updates posted on every stroke of his heroic journey, garnering 721 million impressions in the United States alone. Chris and his team are also building an eight-part, 23-minute, short-series documentary built for a National Geographic/ Discovery Channel global audience. The series will showcase the world’s first Trans-Pacific Wing Project, highlighting research and science and the link back to education, conservation, and sustainability. It will also include interactive videos and educational initiatives for the Two Oceans Aquarium and Monterey Bay Aquarium. Chris is interested in research and outreach partners that might want to add sensors to the craft as it travels across the Pacific Ocean.