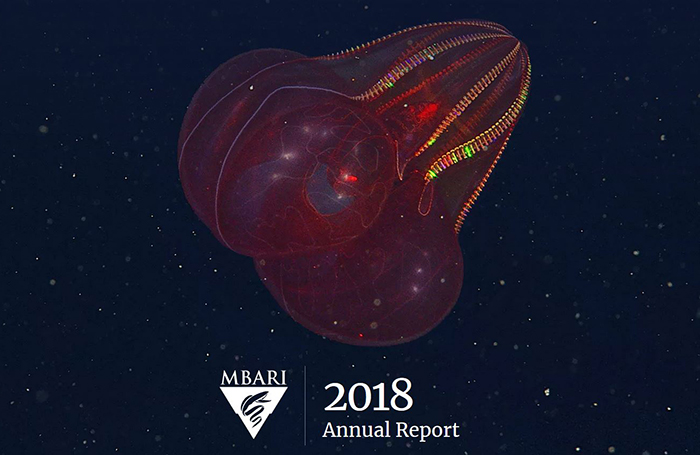 MBARI’s 2018 Annual Report has been released online, providing a multimedia view of the institute’s latest research and technology developments.

The report also features in-depth articles about recent and ongoing MBARI research projects, as well as previews of some exciting ocean-observation projects in the works in the coming year.

Research highlighted in this report includes major advances in ocean imaging technology, the application of MBARI expertise toward evaluating a potential clean-energy project, applying advanced genomic techniques to uncover ocean biodiversity, and developing a camera to clip on to a shark’s fin to learn about its behavior.

Other articles show how technology developed for use in the ocean is having a big impact on such issues as safe drinking water and invasive species, and give readers a chance to listen to the sounds of the sea, which are being identified with the help of new machine-learning techniques. 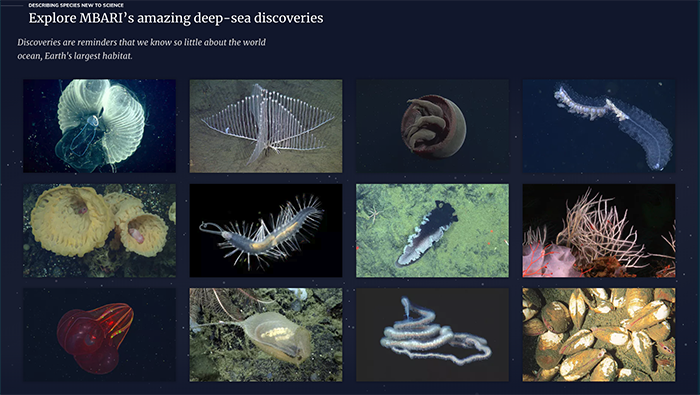 Many of the species discovered on MBARI expeditions are part of an interactive feature including stunning video clips. 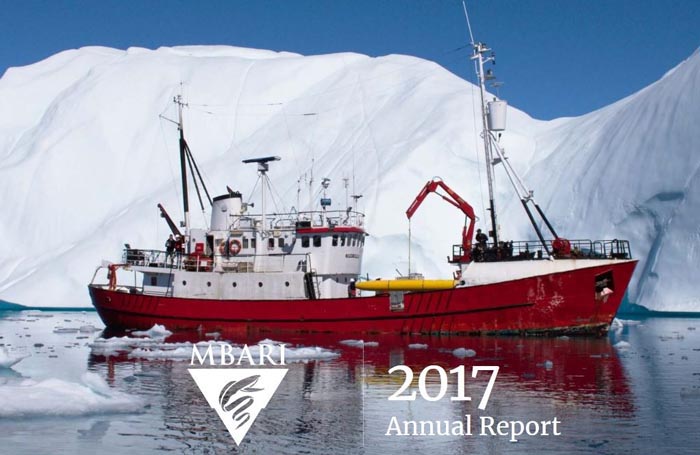