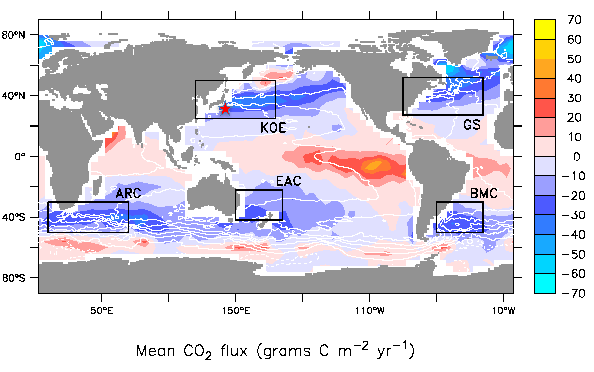 Western boundary current regions, such as the Gulf Stream, are highly dynamic with respect to ocean physics, biology, and chemistry and mark the transition between the subtropical gyres and subpolar regions. They exhibit some of the largest air-sea fluxes of heat, moisture, momentum, and carbon dioxide in the global ocean. The connection between large and small-scale physics and the resulting impact on biological productivity and biogeochemical tracers is a key area of ocean research in western boundary currents. Of particular interest to our group is the role that these regions play in anthropogenic (human-caused) carbon uptake and storage facilitation, as about 80 percent of anthropogenic carbon in the ocean is thought to have passed through tropical and subtropical waters before transfer into deeper, higher-density water masses for storage (Iudicone et al., 2016).

In fall of 2017, Stuart Bishop and Andrea Fassbender hosted the Ocean Carbon Hot Spots Workshop at MBARI through the support of US Climate Variability and Predictability Program (US CLIVAR),  the Ocean Carbon and Biogeochemistry Program (OCB), MBARI, and the Ocean Mixing Processes Program. The goal of the workshop was to coordinate an interdisciplinary community of biological, physical, and chemical oceanographers and modelers studying western boundary current carbon cycling to identify critical observing and modeling needs to guide future operational efforts. Many participants from the workshop are now contributing to a white paper on the topic of Ocean Boundary Observing Systems as part of the decadal OceanObs’19 effort.

In addition to these activities, our group is collaborating with the MBARI Coastal Biogeochemical Sensing Group (Yui Takeshita) and scientists at JAMSTEC, the University of Tokyo, and Tokyo University of Marine Science and Technology to study physical-biogeochemical interactions during the spring stratification period in a region south of the Kuroshio Extension. The Marine Biogeochemistry Group is also part of an effort to test performance of the Saildrone platform equipped with pCO2 instrumentation in the Gulf Stream western boundary current during spring of 2019.

To learn more about western boundary current research, check out the Frontiers in Western Boundary Current Research joint US CLIVAR Variations and OCB News collection of articles as well as our Workshop Report. 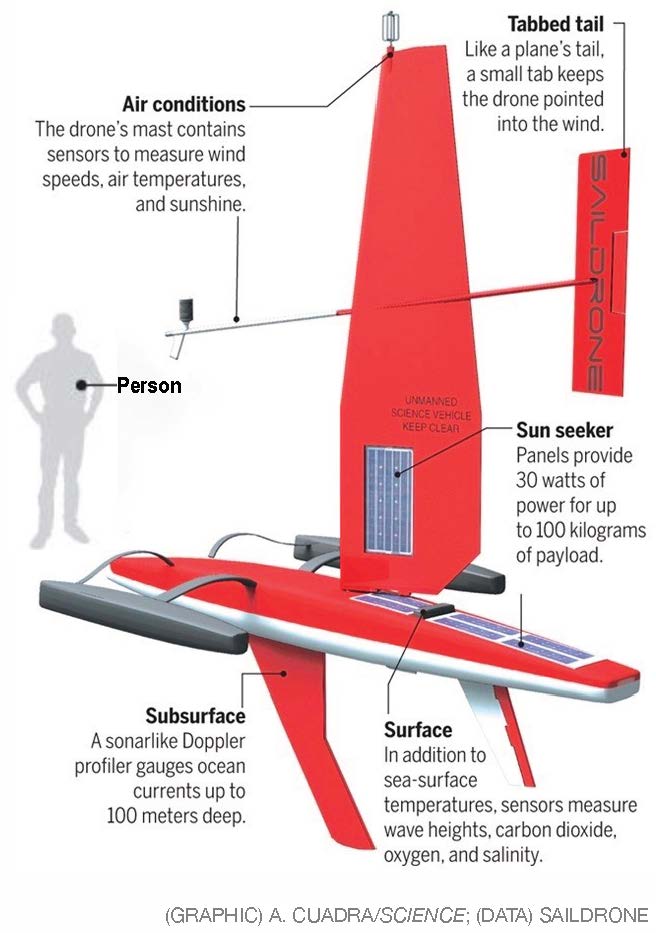