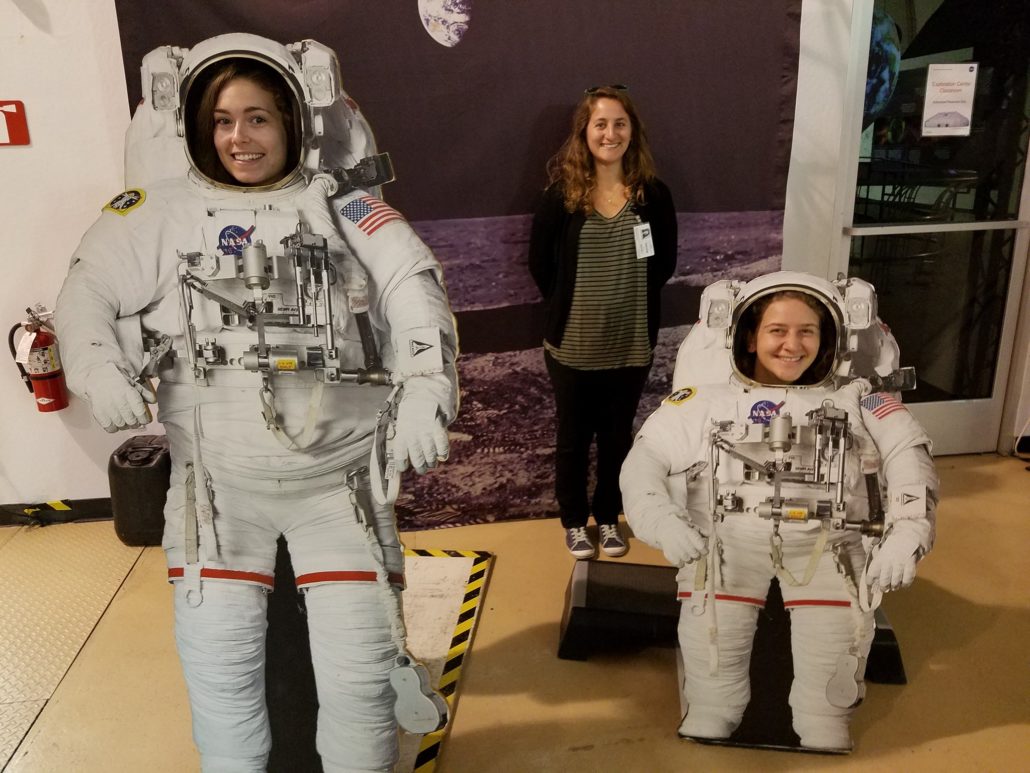 Interns Emma (left) and Ellie pretend to be astronauts, while Rachel holds her breath on the moon! Image courtesy Danielle Fabian.

Although the internship was entering its penultimate week, the interns were able to find the time for one last tour this summer—this time at NASA’s Ames Research Center

Armed with passports to prove our identities and ready for the two-hour drive up to NASA Ames, the interns piled into the carpool van. George put on some NPR and within seconds, most of the van fell into a deep sleep.

Upon arriving, the interns had the chance to explore the public visitor center. Then our tour guide, Onalli, took us beyond the gate and into the NASA Ames compound.

The compound itself is so large that rather than walk, we drove from stop to stop, the first of which was to visit NASA’s Advanced Supercomputing Division (NAS). The interns had to see a giant computer known as the Pleiades, which is what NASA uses to aid its most high-powered research. Afterwards, we had a chance to see some of the extensive demos that the Pleiades is able to run, ranging from modeling how a rocket lifts off to the current patterns of the entire Earth. 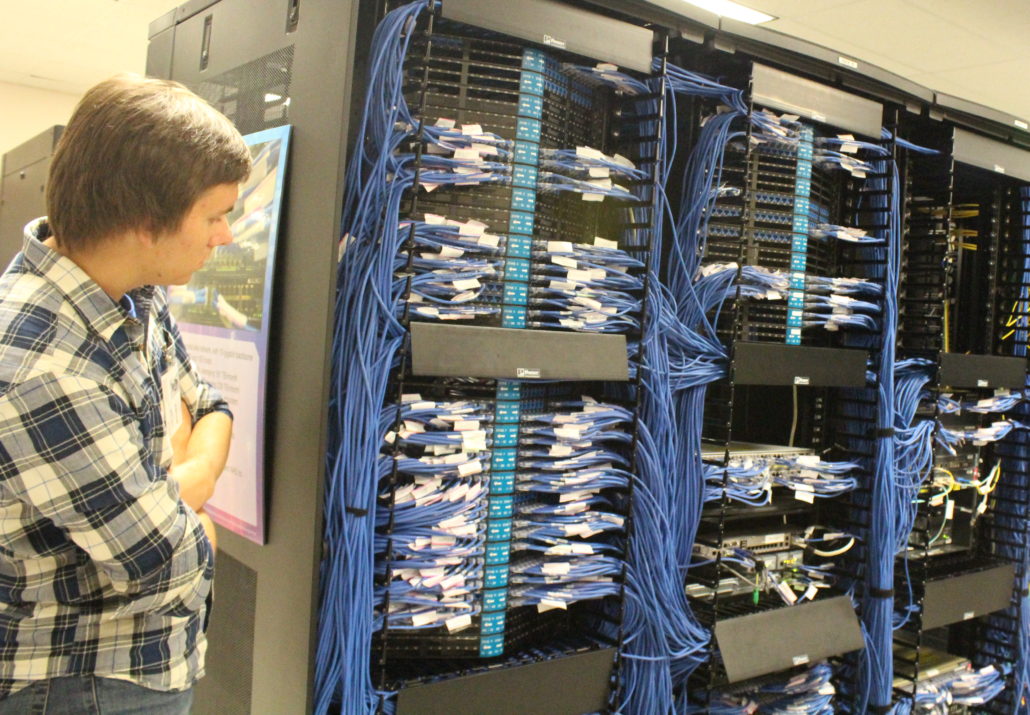 We also had a chance to drive by Mars— that is, the simulated Mars terrain field. Before sending the Mars rover, Curiosity, to the planet, engineers made sure it was well designed and capable of maneuvering around on Mar’s rocky terrain. 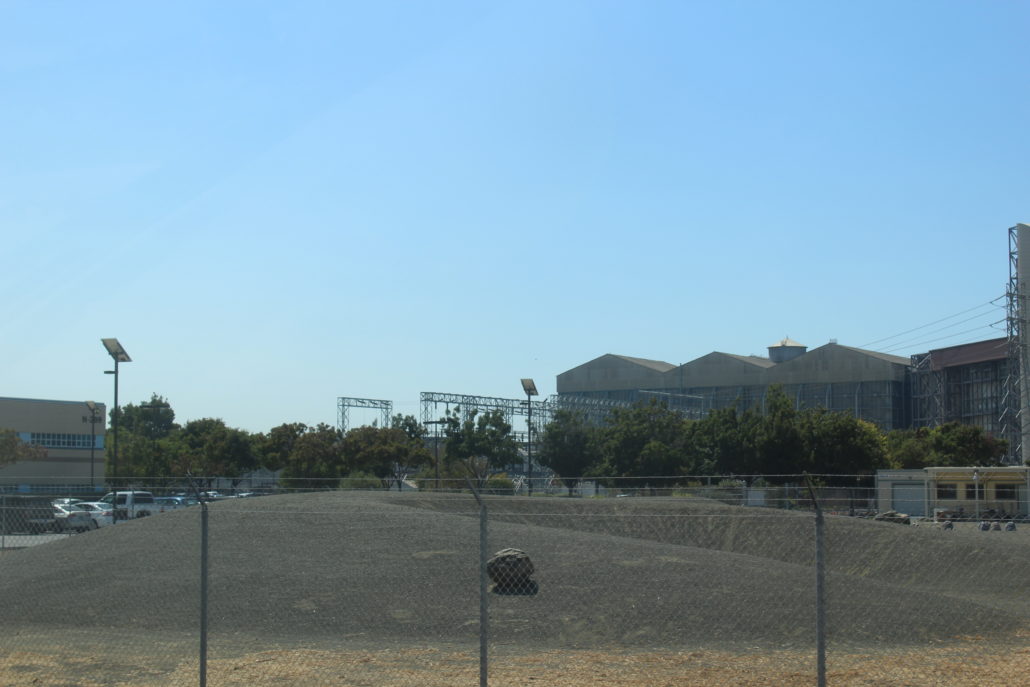 Next was a lunch where we met several of the NASA interns, who had a chance earlier this summer to see both MBARI and the Jet Propulsion Lab (JPL). We traded stories before the MBARI interns took an extensive (and expensive) detour to the NASA gift shop, where glow-in-the-dark star shirt, stickers, and key chains were all purchased with wild abandon. 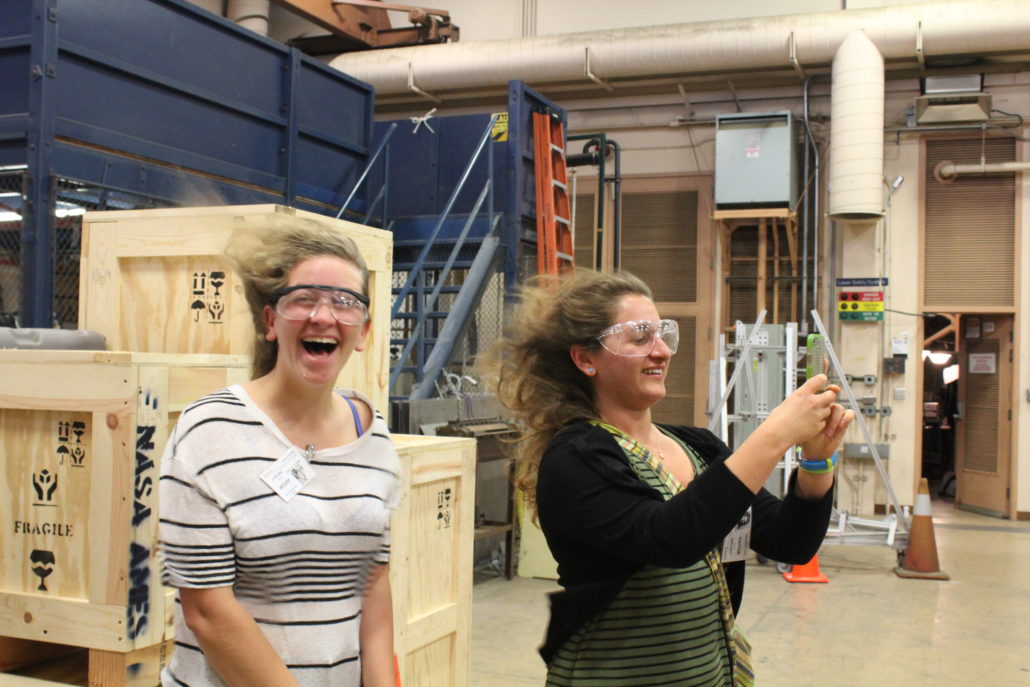 The final part of the tour, and for many interns, their favorite, was a trip to the Fluid Mechanics Lab (FML). There we had a chance to stand in front of the wind tunnel and learn about how NASA’s role in studying the aerodynamics of sports equipment. With windswept hair and now understanding why dogs like to stick their heads out of car windows, we went to the backroom of the FML to watch several fluid mechanics demos. 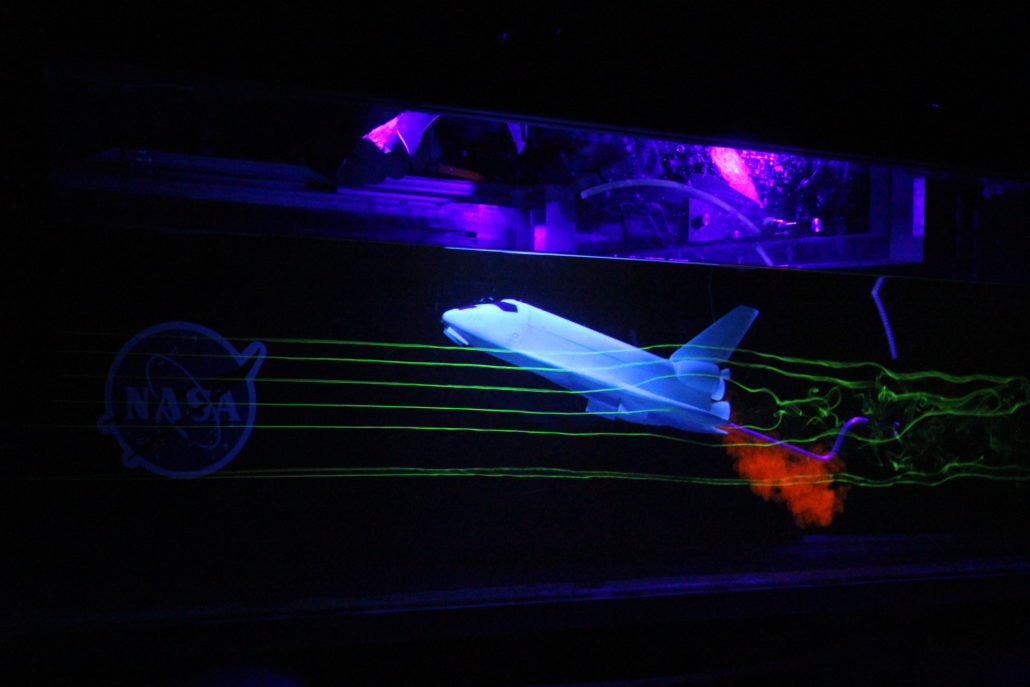 Finally, it was time to go home. The ride back was much less sleepy, but all the interns fell into quiet contemplation about the wonders of fluid mechanics and supercomputers.