A tour at Liquid Robotics 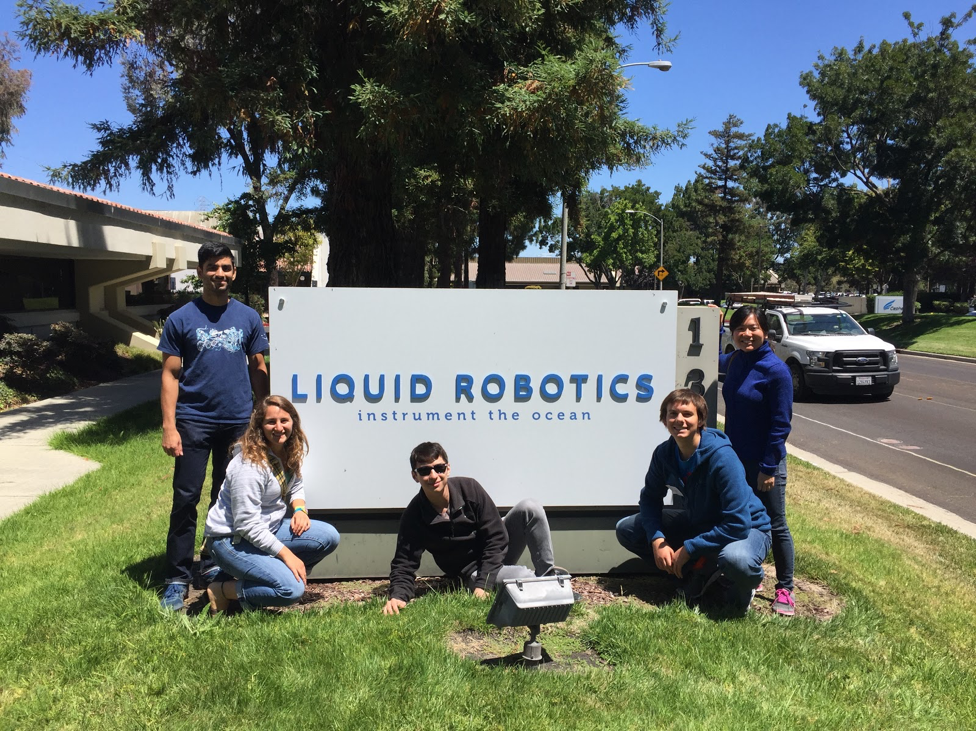 A 2009 intern, Devin Bonnie (far left) gave a few of the 2017 interns (left to right) Rachel, Nathan, David, and Beverly, a tour of Liquid Robotics.

Hello again, readers! It’s me, Rachel (check out my previous contribution here). This blogging thing is pretty fun, so I’m back for another post.

Interning at MBARI makes us part of a growing network of past MBARI interns, all doing awesome things. Lucky for us, past intern Devin Bonnie (2009), now a software engineer at Liquid Robotics, offered to give us tour of their headquarters in Sunnyvale last weekend.

Liquid Robotics is a Boeing company that makes an autonomous unmanned surface vehicle called the Wave Glider. MBARI use Wave Gliders to collect observational oceanographic data. Powered entirely by the ocean waves and the sun, the Wave Glider is autonomous and can spend up to a year at a time at sea! The instrument itself consists of a floating surface reminiscent of a surfboard and is tethered to a “sub” that translates the up-and-down motion of the waves into forward propulsion. Scientists can mount a wide range of sensors to the Wave Glider to customize it for their own needs, and the Wave Glider uses cell and satellite communications to provide real-time data. We think that the Wave Glider is totally cool! For more info, check out the Liquid Robotics website.

Current MBARI interns David, Nathan, Beverly, and I made the trek up to the Silicon Valley on Friday morning. Sunnyvale was, indeed, sunny – a welcome change in weather from the fog and chill around Moss Landing. We spent our morning at Liquid Robotics looking at Wave Gliders up close and learning about how they work from the engineers who created them and continue to make them better. None of us had ever seen a Wave Glider up close before, except for Beverly, who had a chance to help deploy one in the Monterey Bay (which you can read about here). 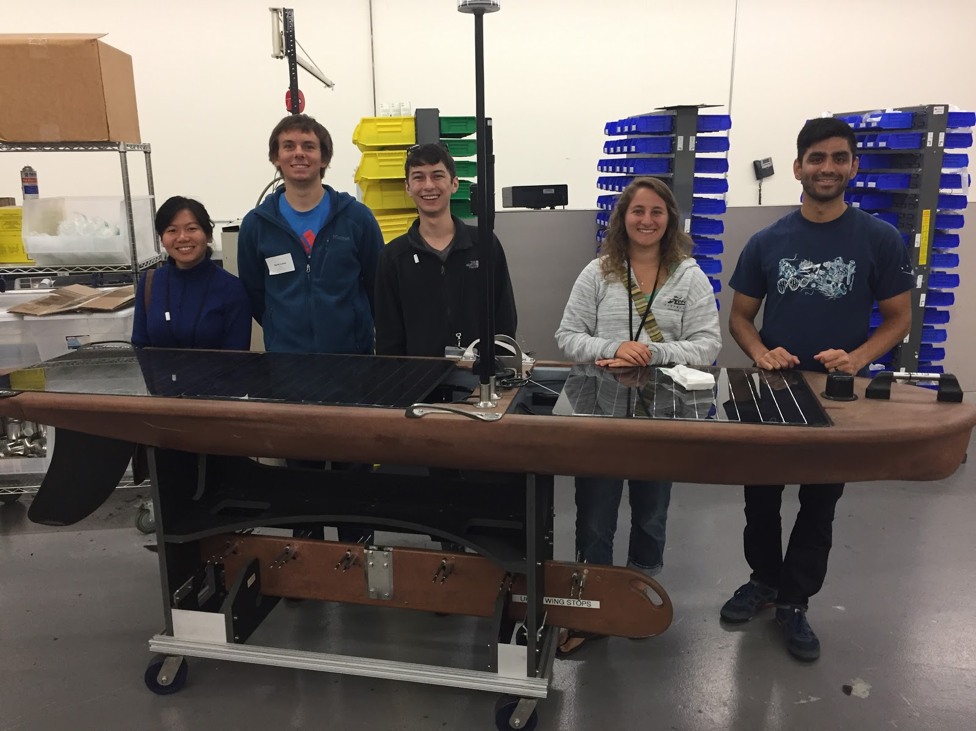 From left to right, Beverly, David, Nathan, and Rachel stand with 2009 intern Devin behind parts of a Wave Glider.

After admiring all the pretty Wave Gliders, we sat down with Devin to chat about the software that goes into them. We also got to hear about Devin’s experience as an MBARI inter and the positive impact that MBARI has had on his career.

All four of us walked out of Liquid Robotics feeling inspired. Like most early career scientists and engineers, we hope to eventually be able to make significant contributions to our fields. We are so grateful to have had the opportunity not only to connect with a past intern who is doing just that, but also to see and learn about an amazing company first-hand. Thank you so much, Devin and the rest of the staff at Liquid Robotics!

“Interning at MBARI was the main reason why I came to California. It further validated my career choice to be a part of engineering driving ocean exploration.”