The Answer to Animal, Plant, Mineral, or Man-Made: #3 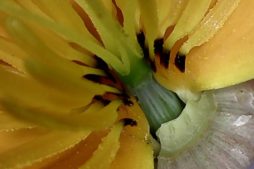 Clue: You’ll deserve a gold medal for guessing this one right! 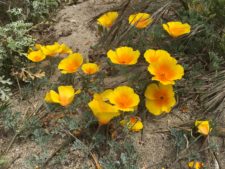 The California poppy is often called a “cup of gold” flower. Image courtesy of Alia Thompson.

It’s a California poppy (Eschscholzia californica), which grows along the beach at MBARI.

The California poppy is known by many names: California sunlight, flame flower, golden poppy, and cup of gold. Although it was designated the state flower of California in 1903, the flower can be found well outside of its original west coast range. Its popularity in wildflower gardens, combined with its hardy nature, means it can often be found in most of the United States, as well as abroad. Historically, the California poppy was used as an herbal medicine.

Congratulations to David Jumes for correctly guessing it was a golden poppy!