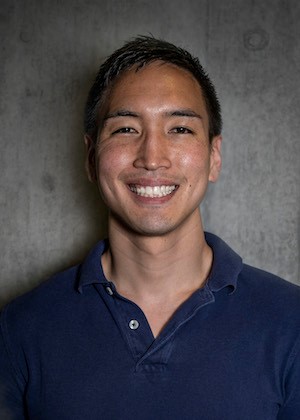 During the 2014–2016 North Pacific marine heatwave, unprecedented sightings of juvenile white sharks (Carcharodon carcharias) emerged in Central California. These records contradicted the species established life history, where juveniles less than 2.5 meters in total body length (TBL) remained in warmer waters in the Southern California Current. This spatial shift is significant as it creates potential conflicts with commercial fisheries, protected species conservation, and public safety concerns. We integrated community science, photogrammetry, biologging, and mesoscale climate data to describe and explain this phenomenon. We found a dramatic increase in white sharks from 2014–2019 in Monterey Bay that was overwhelmingly comprised of juvenile sharks less than 2.5 meters TBL. Next, we derived a thermal niche from 22 million tag measurements of 14 juvenile sharks and used this to map the cold limit of their range. Consistent with historical records, the position of this cold edge averaged 34° N from 1982–2013 but jumped to 38.5° during the 2014–2016 marine heatwave. In addition to a poleward shift, thermally suitable habitat for juvenile sharks declined 223.2 kilometers squared per year from 1982–2019 and was lowest in 2015 at the peak of the heatwave. In addition to advancing the adaptive management of this apex marine predator, we discuss this opportunity to engage the public on climate change through marine megafauna.