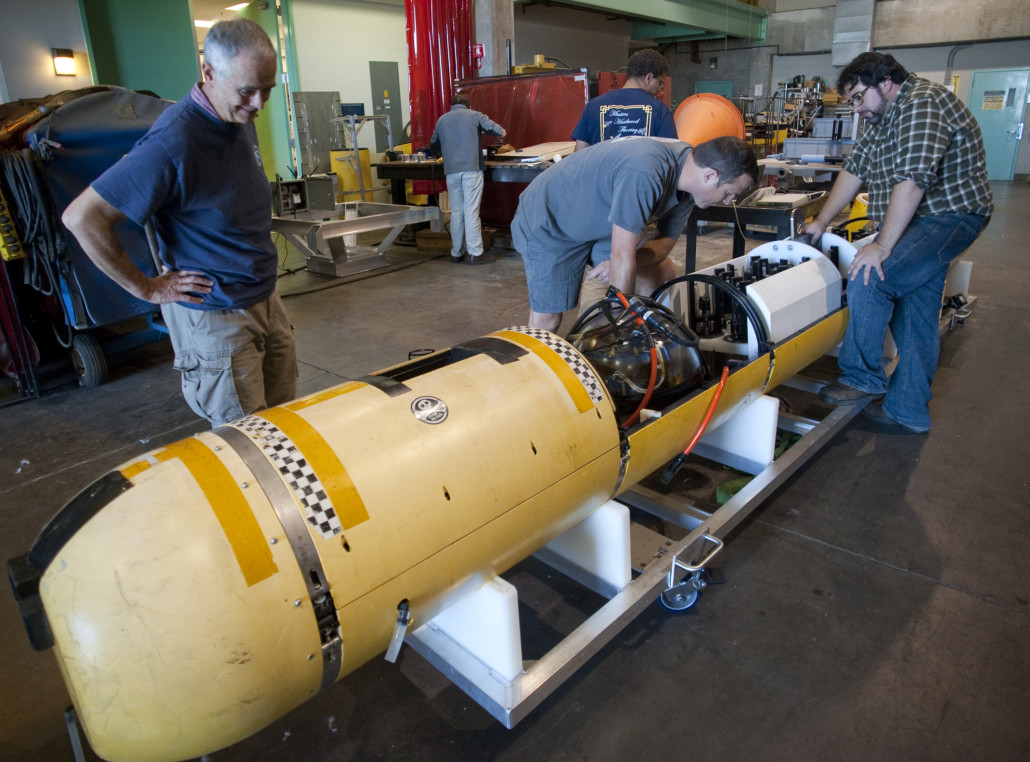 Zooplankton can be subdivided into two major groups. Holoplankton (for example, copepods and krill) spend their entire lives as plankton, and thus provide major food sources for pelagic fisheries. Meroplankton (for example, the larvae of barnacles, mussels, annelids, and fish) spend only part of their life as plankton. These larvae and juveniles typically provide the dispersal mechanisms for sessile adult organisms, such as reef-building corals, shellfish and worms, or for economically important benthic species such as crabs, lobsters and rockfish. Knowing when (seasonally) and where (inshore or offshore) dispersal occurs is essential to maximizing the productivity of commercial species and designing marine protected areas. Traditionally, surveys of zooplankton abundance and diversity are conducted from research vessels. More economical and efficient methods are needed to guide the recommendations of fisheries managers and conservation agencies.

Zooplankton are notoriously difficult to sample. Despite opportunities for mixing, individual zooplankton are tiny and species are often patchily distributed. Coastal oceans are physically dynamic, high-energy environments. Winds, currents and upwelling fronts affect the availability of nutrients and distribution of food that control zooplankton growth and dispersal. To address the difficulties posed by spatial patchiness and temporal variability, we developed the SIMZ program to explore more efficient methods for zooplankton sampling and identification. 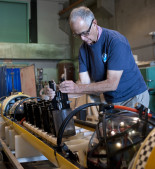 Traditionally, tow-nets are used to sample plankton along paths through the water. Because these paths often traverse smaller environmental patches, they frequently lack the precision needed to associate the distribution and abundance of zooplankton species with particular physical and biological processes. To better assess the spatial patchiness in zooplankton abundance, MBARI engineers have equipped the Dorado AUV with 20 gulpers, 1.6 L bottles that rapidly inhale discrete water samples. The AUV is equipped with sensors (for example, temperature, salinity, and chlorophyll fluorescence) and onboard computer software can then instruct the Gulper AUV to recognize and autonomously sample specific environmental patches, such as upwelling fronts or chlorophyll thin layers. This “surgical” approach to ocean sampling allows SIMZ researchers to study the effects of specific physical processes on zooplankton distribution and diversity.

Visual identification and enumerate of zooplankton species under a microscope is time consuming and requires considerable taxonomic expertise. We have developed high-throughput molecular methods to quickly identify the diverse taxa present in marine samples. Yet, metagenomic methods based on a limited number of genetic markers are not perfect. We still need to vet these methods by comparing our results with data obtained by morphological taxonomic assessments. Likewise, small sample volumes obtained by the Gulper AUV system also tend to miss low-abundance organisms and some organisms with behaviors aimed at escaping predators. Despite the present shortcomings, these new sampling and molecular methods have succeeded in obtaining very precise data on zooplankton associations with specific environmental features.

The SIMZ program has generated massively diverse molecular and physical oceanographic data that are difficult to manage and analyze in traditional contexts. The molecular data alone from a single Gulper sample can return hundreds of thousands of DNA sequences, and 20 to 40 samples can be taken in a single day. The need to combine the metagenomic and environmental data in a comprehensive database has played a large role in motivating development of the Spatial Temporal Oceanographic Query System (STOQS) at MBARI. This system enables researchers to more easily visualize, manage and analyze data from the diverse sources employed under SIMZ.