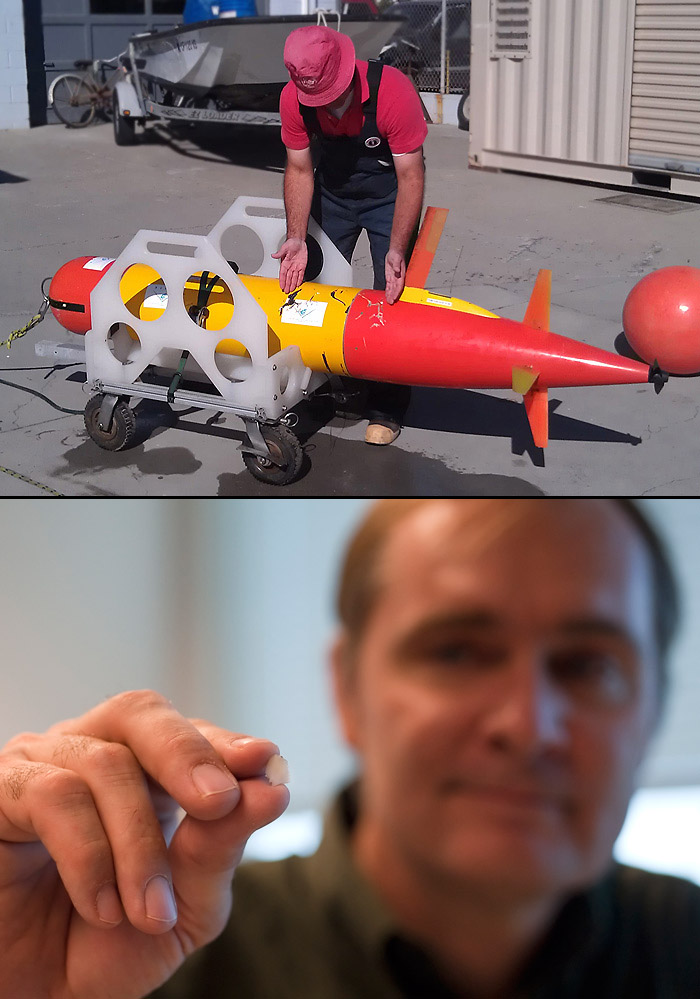 MBARI’s underwater robot, Tethys, just came back from two continuous weeks at sea, where MBARI scientists used it to study harmful algal blooms as part of the Fall 2013 CANON experiment. When the researchers pulled the long-range autonomous underwater vehicle (LRAUV) from the water, they discovered large scrapes on its sides. At first they thought it had been damaged by a boat propeller, but when they looked closer, they discovered several large teeth embedded in the sides of the vehicle. In the top photo (by Jim Bellingham), instrumentation technician Thomas Hoover shows the width of the bite marks on the vehicle, which were probably created by a 12- to 15-foot-long white shark. The lower photo (by Todd Walsh) shows Jim Bellingham holding one of the shark’s teeth that was embedded in the LR-AUV. The aluminum shell and carbon-fiber fairing of the vehicle were badly scratched, but held up to the crushing bite—a testament to the design skills of MBARI’s engineers.