Water pollution can easily spread and effect areas far from its initiation point. This behavior makes tracking the source time-consuming and expensive because samples collected from different areas of a watershed must be returned to the laboratory. Thus, water-quality monitoring is a problem perfect for application of ESP technology. 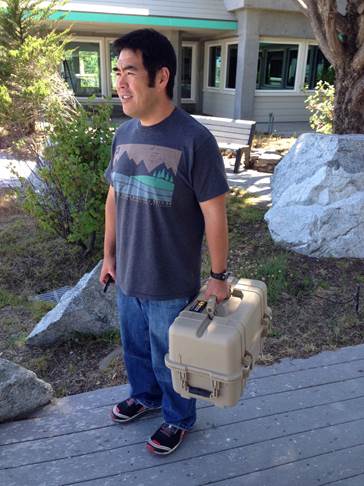 Monitoring the water quality of local beaches is crucial for keeping beachgoers safe. If a beach is found to be polluted with indicators of sewage, a complicated series of sampling, lab analysis, and re-sampling must occur to pinpoint the source of the contamination. Tracking these points of contamination is made easier with a portable device that utilizes ESP technology. MBARI collaborated with the Southern California Coastal Water Research Project (SCCRP) to develop a portable sample-processing instrument that allows workers to process water samples in the field rather than bring them back to the lab. This allows more complicated procedures to begin immediately upon returning to the lab, thus more quickly providing results.

Read more about the Southern California Coastal Water Research Project at their website.

Naturally occurring microbes often serve as indicators when something has happened in their environment. In Norway, resource managers are interested in monitoring microbial populations to know if and when oil is leaking from decommissioned subsea oil wells. Some microbes specialize in eating hydrocarbons (i.e. oil), so watching their population grow or shrink may be a highly sensitive indicator of whether oil could be present. This work is funded by the International Research Institute of Stavangar, and we have deployed two lab-based ESPs in some preliminary work to identify which microbes might be the best indicators of oil in the water. 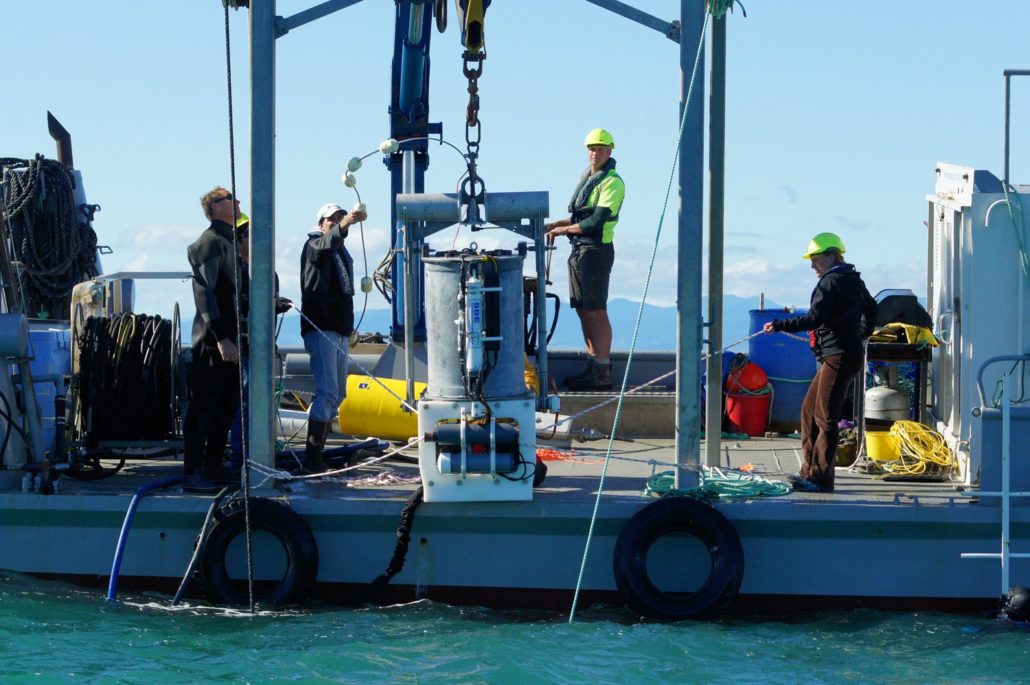 A 2G ESP being deployed into the waters of Tasman Bay, New Zealand.

New Zealand has strong ranching (cattle, sheep) and aquaculture (various shellfish) operations, but river and rain runoff from pastures can contaminate shellfisheries. To test the efficacy of the ESP at detecting fecal runoff in aquaculture farms, we collaborated with the Cawthron Institute in Nelson by deploying an ESP in a shellfish farm near the mouth of the Motueka river. Using the ESP, researchers were able to identity large amounts of fecal bacteria within the river, but during the deployment, due to the lack of rain, the aquaculture areas remained relatively free of contamination.

Read more about the New Zealand deployment of an ESP here.

The Environmental Sample Processor web portal provides near-real time access to the results of molecular assays conducted at sea as well as data on the environmental conditions during sampling.
Publications