What processes form and modify volcanoes in the sea?

Volcanic eruptions and flank collapses are significant geologic hazards. While volcanic events and deposits in the ocean are largely concealed from view and more difficult to sample than volcanoes on land, submarine volcanoes are an integral part of the way the Earth works and may cause destructive tsunami.

The roles of mid-ocean ridges in plate tectonics and hydrothermal circulation are concepts that were only discovered in the last half century. We are now learning how often the ridges erupt, how big those eruptions are and how explosive they might be, and how much they contribute to global gas and mineral cycles. The Alarcon Rise and recent eruptions at Axial Seamount have been of particular focus.

The seamounts offshore of California, such as Davidson Seamount within the Monterey Bay National Marine Sanctuary, were slowly built over abandoned mid-ocean spreading ridges. They now offer rocky habitat for dense populations of deep-sea corals and sponges, high above the muddy abyssal plain. Near-ridge seamounts are chains of seamounts that formed off-axis of spreading ridges. They are influenced by ridge processes but have large calderas so might be capable of especially violent behavior.

Hot spot mantle plumes have built many of the thousands of seamounts and islands in the ocean, which are important for species biodiversity, fisheries and other human uses. They can also produce destructive eruptions and landslides.

Why are we studying submarine volcanoes?

Our goal is to better understand volcanic processes in the deep sea environment and gain insight into potentially destructive eruptions on land or in shallow water. We are studying:

How do we study submarine volcanoes?

Most mid-ocean ridges and seamounts lie far below sunlit and SCUBA-accessible depths. At MBARI, our group uses remotely operated vehicles (ROVs) for sampling and video observations and autonomous underwater vehicles (AUVs) to map the seafloor at resolutions of 1 m or better. 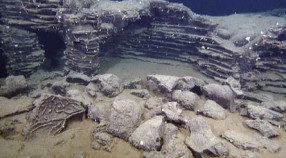 The great majority of the Earth's volcanism occurs at spreading centers, most of which are under the ocean, forming the mid-ocean ridge system where new ocean crust is being created. 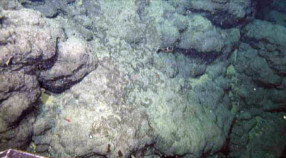 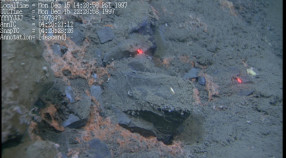 Our continental margin is being deformed by the generally strike-slip motion of the San Andreas fault, as the Pacific plate moves north-west relative to the North American plate, carrying the sliver of coastal California with it.

The Hawaiian Islands and Emperor Seamount chain of volcanoes are the product of a mantle hot spot in the middle of the Pacific Plate. 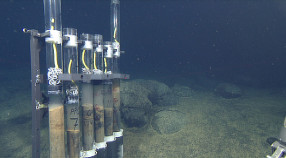 Our research takes us to places such as Hawaii, the Gorda Ridge, the Alarcon Ridge in the Gulf of California, and the seamounts off California. 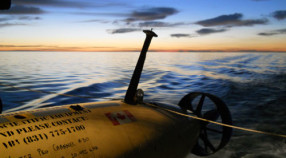 Links to MBARI video and news stories related to our work and other on-line resources on plate tectonics, volcanoes, and earthquakes.