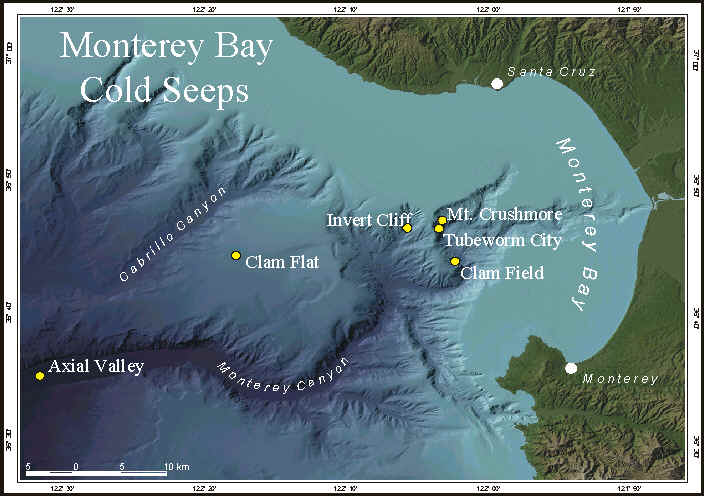 Cold seeps are places where methane- and sulfide-rich fluids seep out of the ocean floor.  Unlike most life on earth (which depends on the sun and photosynthesis) cold seep communities are light independent.  Cold seep organisms depend on bacteria that utilize the sulfide from the seeps for their metabolism.  The chemical energy produced by bacterial metabolism is then used by other seep organisms.  Organisms in cold seeps include vesicomyid clams, bacterial mats, and vestimentiferan tube worms. 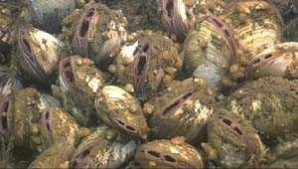 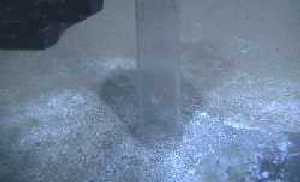 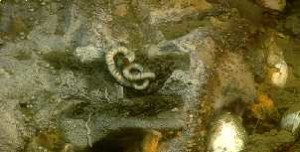 In the 1980’s it was discovered that invertebrate communities were living in association with sea floor seepage in the Monterey Canyon (Monterey Bay, California). In these areas of tectonic activity, an unusual environment is created. In a typical environment at 600-1000 m depth animals are exposed to moderate oxygen levels (near 100 µM) and no sulfide. In these cold seep environments, however, animals often experience low oxygen concentrations (as low as 20 µM) and, more importantly, very high sulfide concentrations (up to 20mM). High sulfide levels at these seeps are thought to result primarily from microbial sulfate reduction and, perhaps secondarily, from geothermal sources. Sulfide can be very poisonous and exposure to even micromolar concentrations is fatal for most organisms because it can bind to the cytochrome c oxidase complex of the electron transport chain, effectively inhibiting respiration. Despite this, animals have been found living in areas of high sulfide, including reduced sediments, anoxic basins, and areas of tectonic activity, such as hydrothermal vents and cold seeps. These animals encompass a wide range of phyla, including vestimentiferans, molluscs, annelids, and arthropods. Few animals colonizing sulfide-rich environments, however, can tolerate sulfide levels as high as the clams living in the Monterey seeps.

In the 1970’s it was discovered that invertebrate/bacterial associations could thrive in sulfide-rich environments, using the oxidation of sulfide for survival. Many of these invertebrates rely entirely, or primarily, on their chemoautotrophic symbionts for nutrition. Thus, they are able to live in areas where phototrophic contributions are minimal and, consequently, to occupy niches which aren’t available to other animals. In the Monterey seeps there are six vesicomyid clams present, living in such symbiotic arrangements with carbon-fixing, sulfide-oxidizing bacteria. The two predominant clams in the area are Calyptogena kilmeri and C. pacifica, and the four species that are less abundant include C. packardana, C. phaseoliformis, Vesicomya stearnsii, and V. gigas . Like all vesicomyids, these clams have reduced digestive systems and rely on their internal chemoautotrophic symbionts for nutrition, therefore sulfide must be available to these animals.

Chemosynthesis is different from photosynthesis in that hydrogen sulfide is the energy source, rather than light, and is either taken up either by free-living bacteria or is absorbed by the invertebrate host, such as the vesicomyid clams, and transported to the symbionts. The bacteria use the energy from sulfide oxidation to fuel the Calvin-Benson cycle, which results in the production of organic carbon. The paradox surrounding such invertebrate/bacterial arrangements is that the host must be able to supply the symbionts with the sulfide necessary to support carbon fixation, yet it must also protect itself, and it’s symbionts, from sulfide toxicity. In order for chemosynthetic symbioses to thrive, symbionts must have access to an electron donor used as an energy source (sulfide), an electron acceptor (oxygen), and inorganic carbon. In such invertebrate/bacterial arrangements the host must supply its symbionts with sulfide necessary to support inorganic carbon fixation, and also protect itself and its symbionts from sulfide toxicity. Vesicomyid clams accomplish the uptake of both sulfide and oxygen, which don’t normally exist in the same water mass due to rapid oxidation, by spatially bridging the gap sulfide-rich sediments and O2-laden seawater. They take up CO2 and O2 from the surrounding water through their gills and take up sulfide (and possibly CO2), via unique serum-borne sulfide-binding proteins, from the reduced sediments through their highly vascularized foot. The anatomy of these animals is quite unique and very different than typical bivalves. They have a large volume of hemoglobin-rich blood, hypertrophied gills harboring large numbers of endosymbionts, a special protein in the body fluids which binds sulfide and prevents poisoning of the animal’s tissues, and a highly extensible foot, used for locating sulfide-rich sediment.

Since their discovery, many researchers have studied a variety of environmental and ecological aspects of the Monterey seeps. For instance, it is known that the dominant clams, C. kilmeri and C. pacifica, live in varying densities depending upon the pore water chemical conditions of the sediments in which they are found. C. kilmeri dominates in areas of high sulfide concentrations (5-10 mM) and lower sediment oxygen levels (16-41 µM). C. pacifica, on the other hand, dominates in areas of lower sulfide levels (<1 mM) and slightly higher sediment oxygen levels (around 50 µM). In some cases there are even "barren zones" within the aggregations in which no clams are found. These zones are thought to be even higher in sulfide and lower in oxygen levels than within clam aggregations. Despite numerous dives to these seep locations, little is known about the physiology of these animals, including C. kilmeri and C. pacifica. Research directed at understanding the unusual physiological adaptations of these animals is necessary for understanding how these clams are able to live in such a hostile environment, largely unavailable to other animals.

Most studies of invertebrate–bacterial symbioses have focused on hydrothermal vents, where diversity is generally lower than found at cold seeps, and most genera are limited to a single species. The greater within-genera diversity of cold seep habitats provides a unique opportunity to contrast physiological adaptations among closely related species that inhabit similar habitats, but display different strategies for survival. Vesicomyid clams, in particular, are often the dominant chemosynthetic megafauna of seeps worldwide and, due to their size and abundance, are assumed to be involved in numerous interactions with the surrounding environment and organisms. Limited ecological and physiological data from two species of vesicomyids inhabiting Monterey Bay seeps provides evidence for unique physiological patterns that may be representative of the physiological breadth of vesicomyids in general. Closer study of the physiological ecology of these very different congeneric species is expected to be indicative of the range of adaptations within vesicomyid clams in general, and perhaps will serve as a model for other chemosynthetic taxa.

The fields of chemoautotrophic symbioses and deep-sea physiology are dynamic fields full of unexpected discoveries. In recent years, sulfide-rich environments have revealed new ecosystems, new habitats, and entirely new animals, even at the level of phyla and genera. In many ways, these new discoveries have challenged existing dogma, and are perhaps a prelude to a new paradigm in our understanding of rules governing life on earth. Advances in our understanding of processes underlying life in such extreme environments are very likely to contribute a new model for limits or guidelines regulating metazoan life.