Hydrodynamics and morphodynamics of the Carmel River bar built estuary 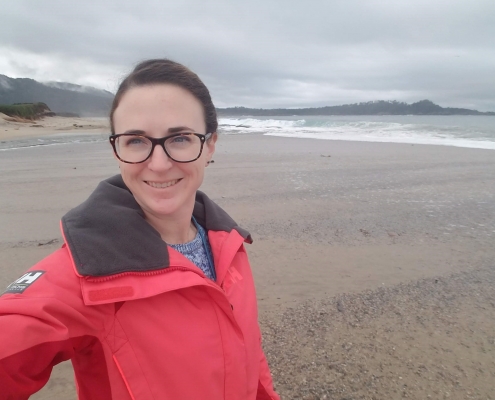 The Carmel River is an ephemeral river/bar built estuary located in southern Carmel Bay that is bounded by rocky headlands to the south and north of the 700-meter-long (2296-feet) pocket beach.  Observations show the hydrodynamics during breaching and closure events that occurred during the transition from dry to wet seasons during winter 2016-2017.  These observations suggest no correlation for breaching events with either tides or waves.  However, each closure event occurs during high tide with large waves.  Morphological measurements made during the 2017-2018 winter show a net influx of sediment to the system during the winter months along with an onshore migration of the beach.  In addition, the hydrodynamic and morphodynamic response of the system to mechanical breaching is assessed.