Ocean dance program flows out into the community 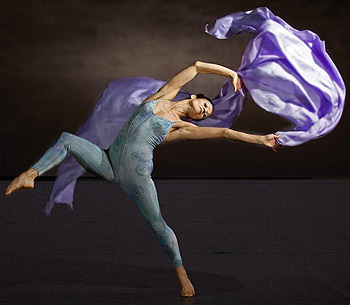 The evocative dance media piece Ocean, a collaboration between MBARI and the Monterey Bay-area dance company SpectorDance, is venturing into new waters this year. Following a successful premiere in November 2011, an upcoming performance at the Steinbeck Center on March 1, 2012 raises the curtain on the project’s next act—its expansion into the community. “We’re embarking on a new phase of the project, and we want to maximize its capacity for impact,” says Fran Spector Atkins, SpectorDance artistic director.

Ocean blends dance, music, and science in an effort to convey the ocean’s beauty, its importance to life on earth, and the many threats it faces. Spector Atkins created the piece to explore how a dance performance could exert positive change in a community. “It’s meant to engage people on a variety of levels, and to be educational and entertaining,” she says. The show features interviews with MBARI scientists, and MBARI researchers continue to support the project’s outreach efforts by speaking at performances and school events.

This year, the project will expand in two main areas: educational outreach and audience participation. On the education front, Spector Atkins and her team are hoping to work with elementary and middle schools across Monterey County, and are currently developing classroom activities in science and art that relate to the show. Spector Atkins plans to invite school groups to see performances of Ocean at local venues, and is applying for funding to support underserved parts of the community. About 1,200 students from eight schools will attend a morning performance of Ocean on March 1st before the public show at 7:30 p.m. 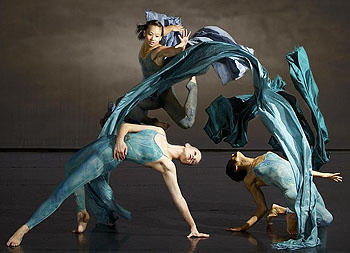 At the Steinbeck Center shows, Spector Atkins will also launch two new audience participation projects. Through the first, called “Arts and Action,” Spector Atkins will invite audience members to submit their own piece of artwork inspired by the show. She hopes to display these artistic responses online or in the lobby of future performances. For the second project, called “The Time is Now,” Ocean team members with video cameras will ask people coming into the theater for their ideas of how to help the ocean. These interviews will be edited into a video to be displayed online.

Spector Atkins says engaging in this dialogue with the audience helps complete a “circle of communication,” and also opens up the arts to new demographics. “I think young audiences today are different than the over-50 crowd that dominates live performances and cultural events,” she says. “Younger audiences do not want to sit passively. Research tells us young audiences want to be involved.”

The March 1st show is just the first of a series of regional and national Ocean performances planned for the coming year. Spector Atkins is currently finalizing plans with the Smithsonian Institution to present Ocean on June 3rd as part of Capitol Hill Ocean Week in Washington, D.C. In addition to other performances in the D.C. area, Spector Atkins is pursuing venues in San Francisco, Los Angeles, Santa Barbara, and Grass Valley. “It’s just the beginning,” she says. “We have the goal of very broad exposure over the next three to five years.”