Steaming to port in Newport, Oregon

We began steaming for port as soon as the dive on August 2nd was completed and the ROV was on deck. The wind has kicked up again so our transit will be slow and would take too long to have allowed us to get a dive at another vent field today. We sashayed east with the swell on our stern quarter all day. The mapping team aboard the R/V Rachel Carson, which is also steaming in to port, was surveying the seafloor with two mapping AUVs up on the north rift of Axial Seamount while we were diving with the ROV Doc Ricketts on the south rift. 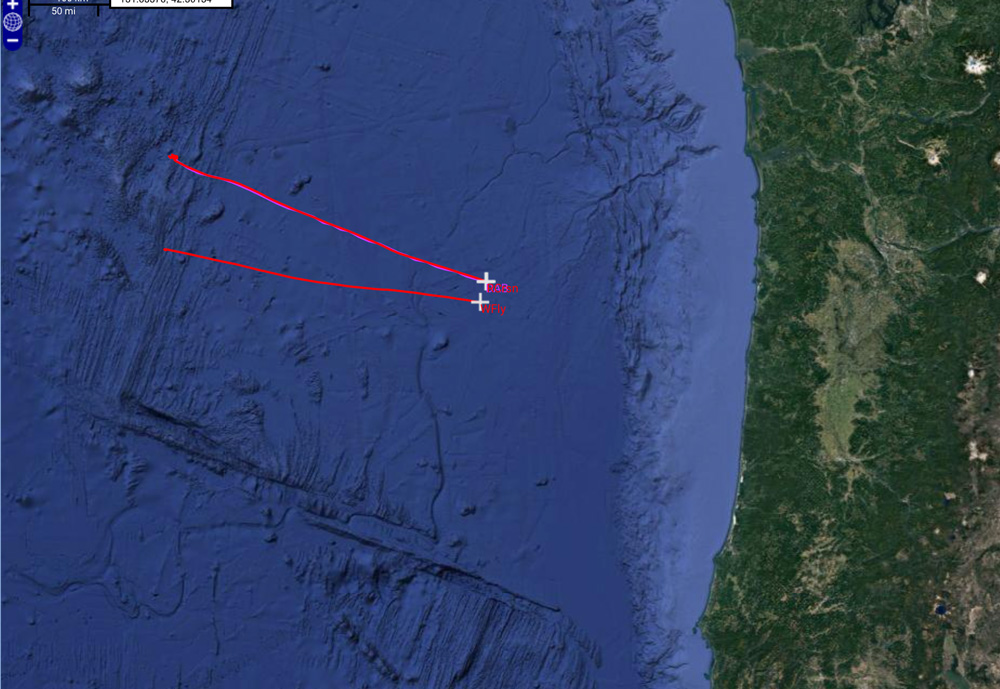 The ship tracks of the R/V Western Flyer (southern red line) and the R/V Rachel Carson (northern red line) with the mapping AUVs onboard (the barely visible pink line) as we steam together from Axial Seamount toward our next port in Newport, Oregon.

The video below shows the view down into the moon pool of the R/V Western Flyer while the ROV Doc Ricketts is working 2,400 meters below on the far end of the cable amid the washing machine-like motion of the water. 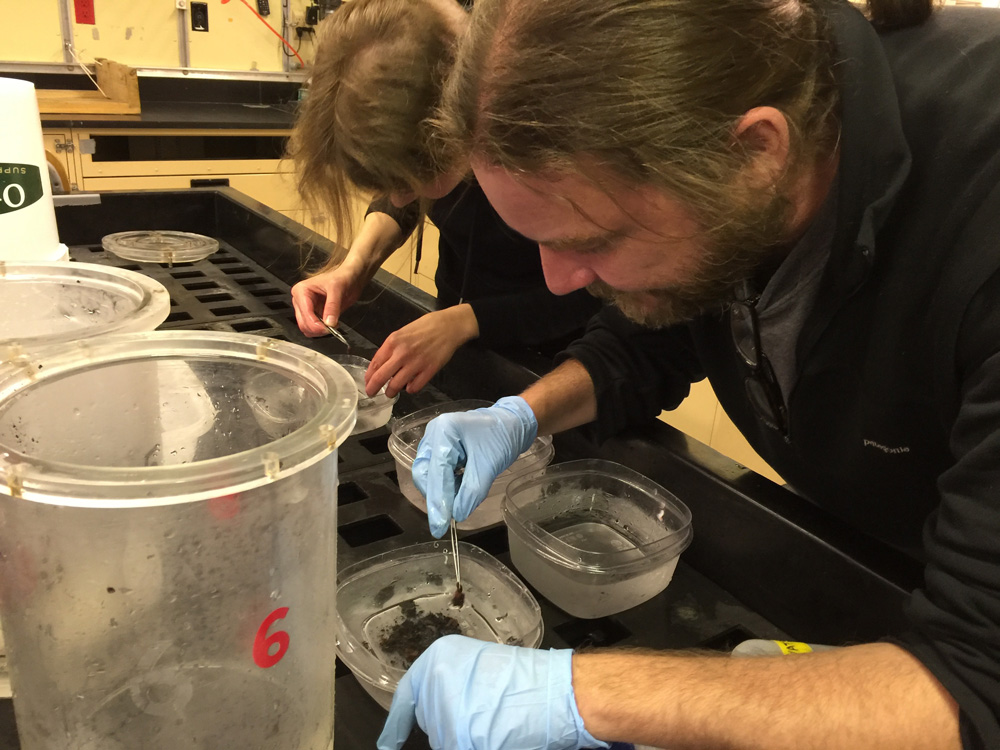 Corinna Breusing and Robbie Young picking polychaete worms (Paralvinella spp.) from a sample taken at the hydrothermal vents that were written about in the August 1 blog. 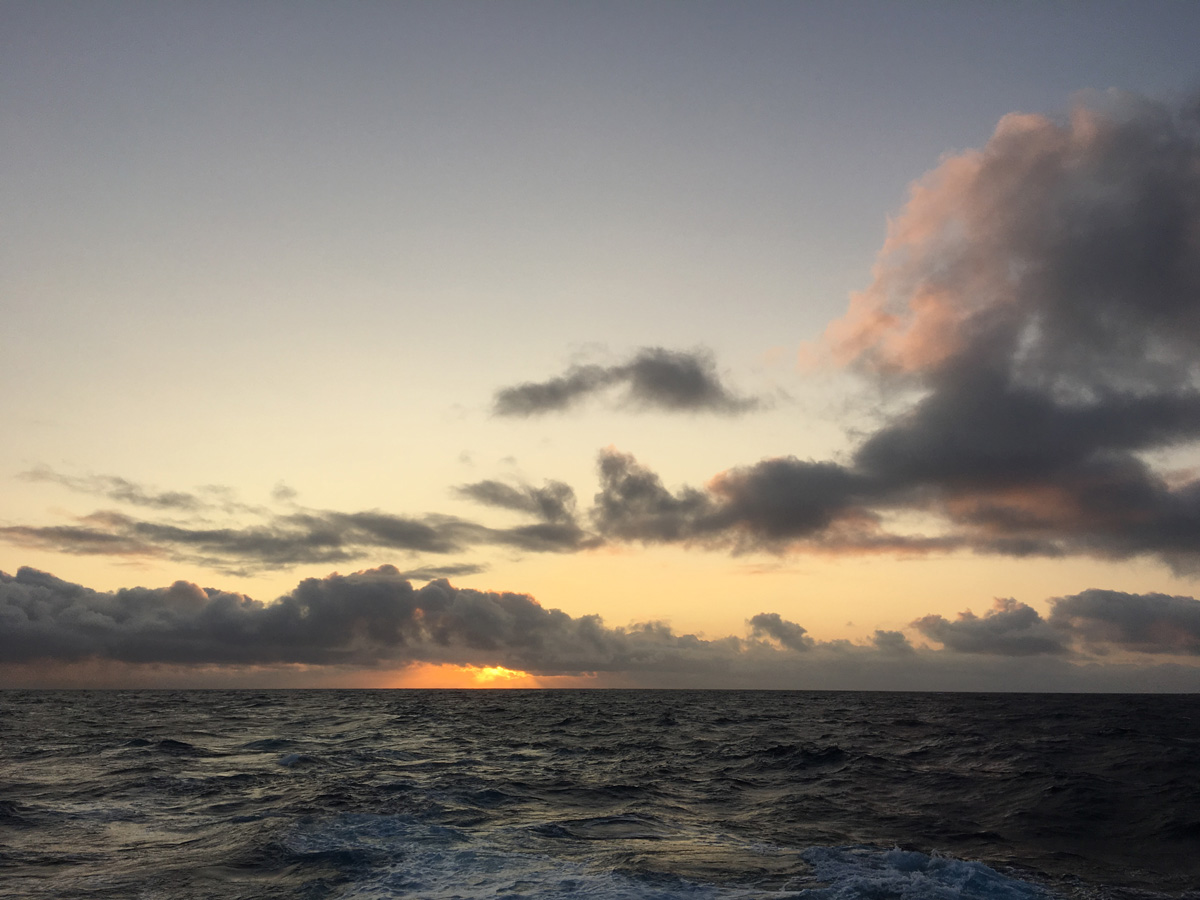 Sunset to stern as we steam toward port.