Departure from Newport to Axial Seamount

We left the pier in Yaquina Bay, Newport at 7:00 A.M sharp. It was sunny in the bay but as soon as we left the harbor channel we hit a soupy wall of fog, which we were in for much of the day as we steamed west. We are expected to arrive at Axial Seamount just after noon tomorrow. We had the obligatory safety briefing and drill, when among other things we learned to don the immersion suits that will help us survive in the cold water should we happen to abandon ship in an emergency. We used the time to prepare our equipment for the dives, and to create GIS maps from the high-resolution bathymetry acquired over the past few weeks by the MBARI mapping AUV. 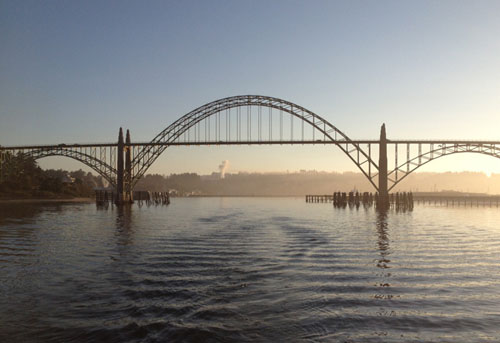 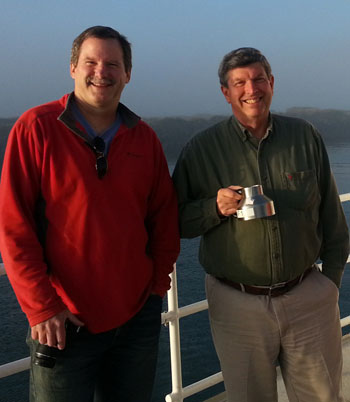 Bill Chadwick (left) and Chief Scientist Dave Clague on the aft upper deck of the Western Flyer as we depart Newport. 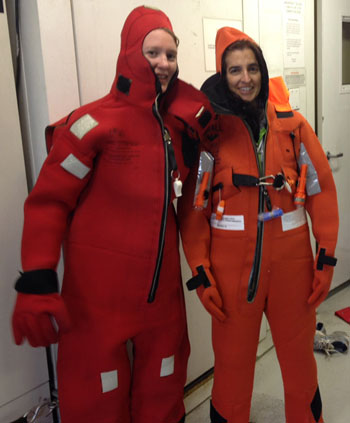 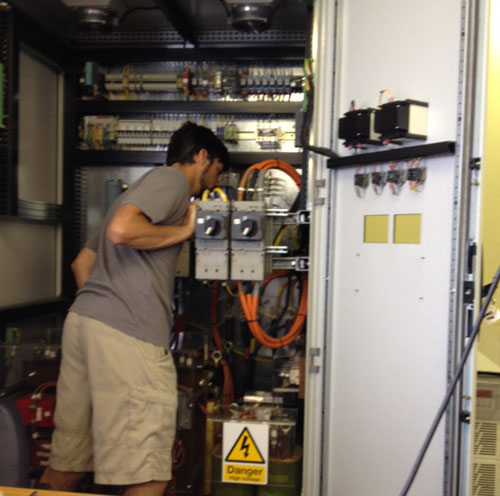 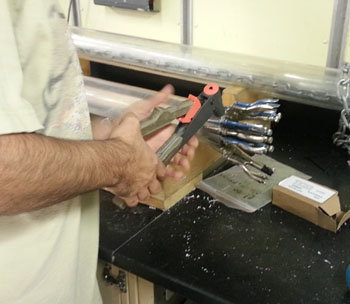 Riveting in a core catcher (well-clamped, center) onto the bottom end of a piston core barrel. The mid-section of another core is behind the one being worked on. The cores will be used to collect thick sediments on the flank of the volcano. The chain running through the clear plastic core barrel connects the piston (not pictured) with a tag-line that is held by a manipulator arm of the ROV while the other manipulator arm inserts the core barrel into the sediment. A drawing and photos of this system can be seen in our cruise logs from last year.