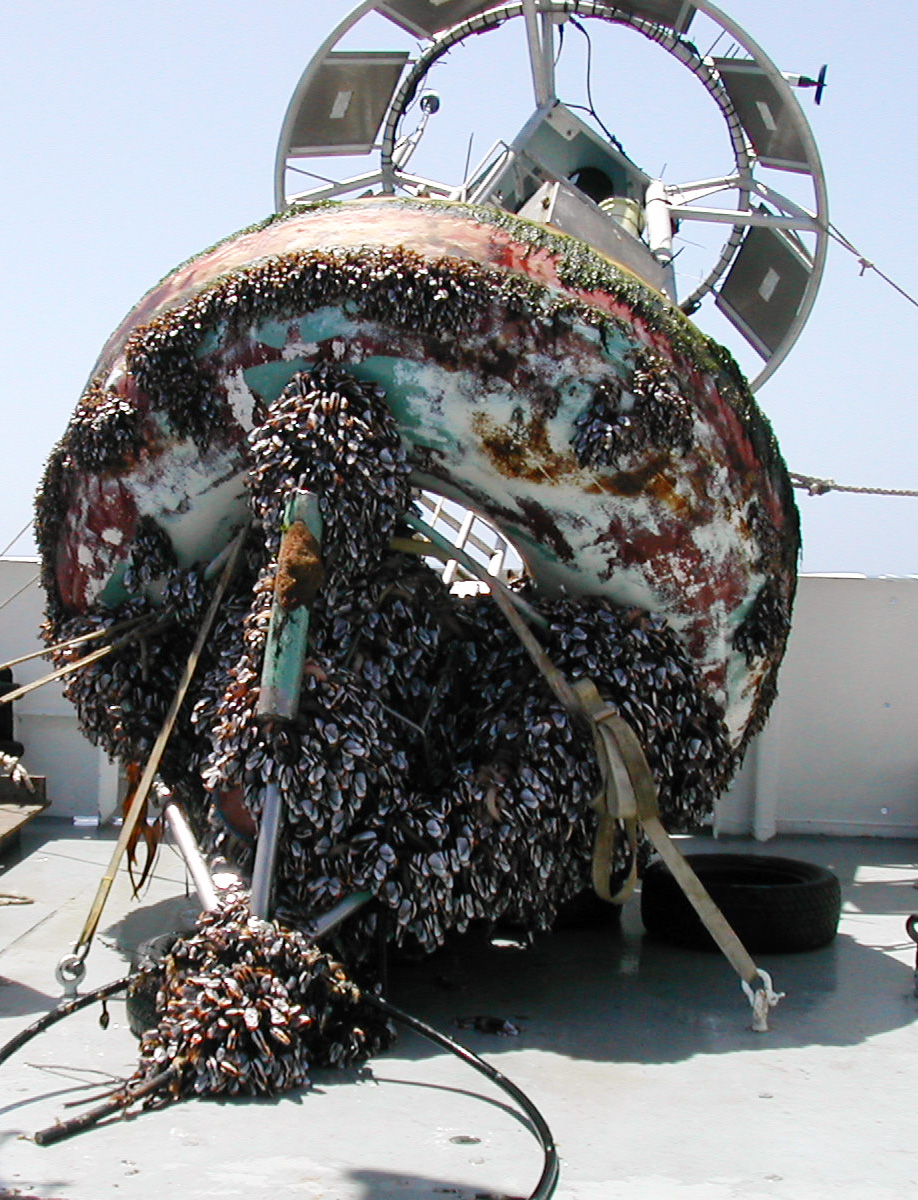 MBARI has collected seawater data using monitoring buoys, called moorings, in the outer waters of Monterey Bay for over 20 years. Two moorings, M1 and M2H, are currently in operation and equipped with many instruments that analyze over a dozen properties of its surroundings. M1 is located within Monterey Bay, whereas M2H is positioned 56 kilometers (35 miles) offshore in the California Current. The data are sent back via radio to scientists eager to find out about winds, water temperature, currents, carbon dioxide and chlorophyll levels, nutrients (such as nitrate, silicate, and iron), and more. The buoys require regular maintenance and are replaced annually with new buoys that take several months to assemble.  In the image, the M2 buoy was covered in barnacles when it was recovered from the now decommissioned vessel, R/V Point Lobos.