The expedition this week includes staff from the husbandry department at the Monterey Bay Aquarium who are working on a potential new exhibit. The Monterey Bay Aquarium and the Monterey Bay Aquarium Research Institute are separate organizations but often work closely together on exhibit development, education, and outreach. This week, the aquarists are looking for cephalopods and have been able to collect several different species. Alicia Bitondo and Chris Payne spent some time last night trying to come up with a way to avoid exposing these animals to light. We were hoping to get a chance to try this out by collecting a squid or Vampyroteuthis on our ascent, but unfortunately high winds cut our dive today short. 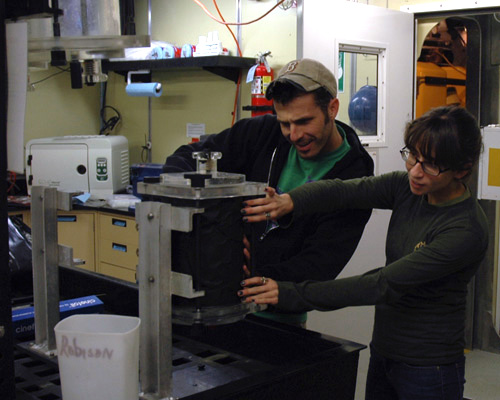 Alicia and Chris experimenting with a possible redesign of a detritus sampler. 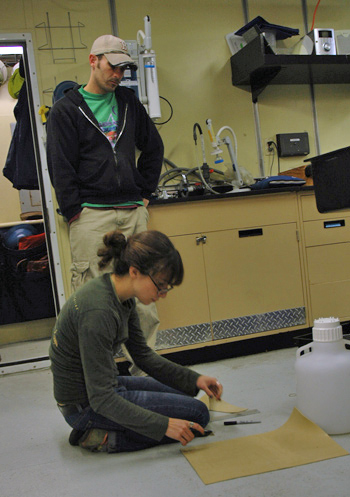 Alicia working on a second design while Chris watches. 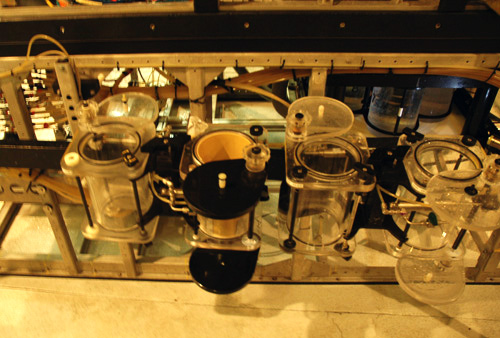 The completed detritus sampler on the swing arm (the second one from the left).

We were able to collect a deep-sea octopus and bring it back on deck where it was whisked away in a dark bag by Chris and Alicia. We were also fortunate enough to see some yet-to-be described species that researchers have been working on for a while: a beautiful white ctenophore that lives just above the ocean floor and the mystery mollusc. 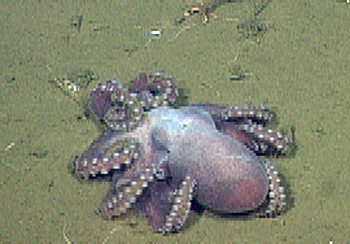 A benthic octopus collected by the MBA for evaluation for exhibit potential. 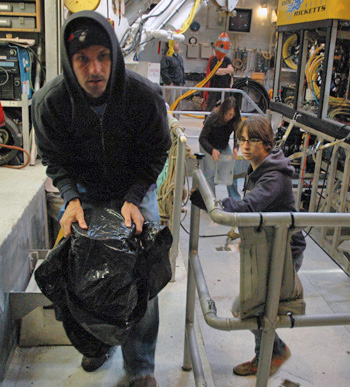 Chris carries the covered suction sampler bucket with Alicia right behind. Kris Walz is in the background removing another bucket from the carousel. 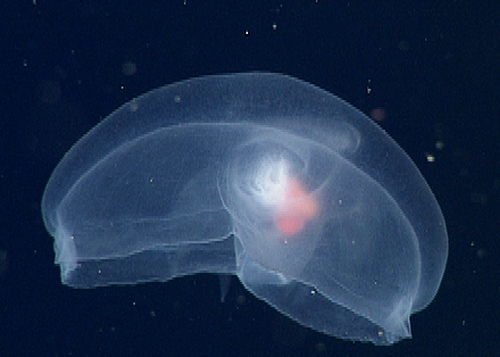 The marvelous mystery mollusc is a species currently being described by the midwater research group. 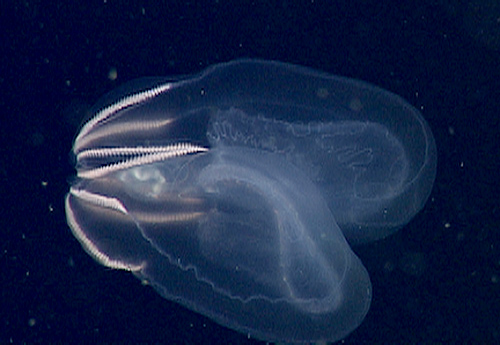 Another undescribed species, this ctenophore lives just above the ocean floor.

Unfortunately we also saw evidence of humans in the ocean. Down on the ocean floor we spotted a couple of different aluminum cans and the remains of a balloon that may look suspiciously like a jelly to some unsuspecting predator. 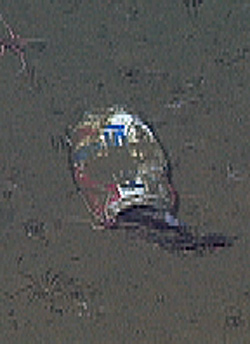 A soda can sitting on the bottom of the ocean. 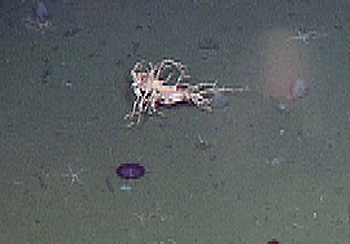 Does this look like an animal to you? It is the remains of a balloon lost at sea.

The high winds are predicted to stay throughout the day on Saturday so we are leaving this deep water site and moving in closer to shore where hopefully the weather conditions will let us dive tomorrow at our Midwater 1 site.