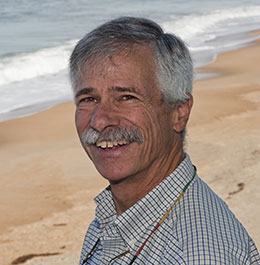 My objective at MBARI is to develop guidance, navigation and control systems for Autonomous Underwater Vehicles (AUVs). I have had the good fortune to work on many exciting and interesting projects here at MBARI. Some of them are:

I came to MBARI in 1998 from an aerospace background, where my principal project was attitude control of the MSTI spacecraft.