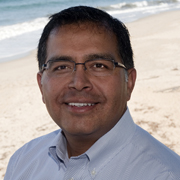 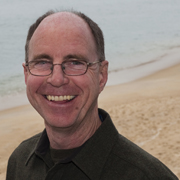 In late 2015, MBARI hired Michael Kelly as director of marine operations and Basilio Martinez as chief financial officer. These individuals will replace senior MBARI staff who are retiring.

Martinez comes to MBARI with over 10 years of senior-level experience in financial and accounting management and several years in auditing. He was previously vice president of finance and accounting at Peninsular Packaging in Hollister, California. During his 10-year stint there, company grew from a $10 million to a $180 million dollar business.

Martinez will replace Mike Pinto, who has served as MBARI’s CFO since 1999. Before that Pinto was CFO for the Monterey Bay Aquarium, a position that he held for 16 years.

Director of Marine Operations Michael Kelly was previously with the Consortium for Ocean Leadership, where he served as director of the Ocean Observatory Program and senior program manager. Prior to that he was vice president of Operations at Ocean Power Technologies, a wave-energy technology company. He has worked extensively on seafloor cables and cabled ocean observatories, and has served as captain of civilian and military cable-laying ships.

Kelly is taking the position formerly held by Steve Etchemendy, who first joined MBARI in 1989 as Operations Engineering Manager. Etchemendy was previously a pilot for the human-occupied vehicle Alvin and vice president of Deep Ocean Engineering.

Etchemendy and Pinto will be sorely missed, but the institute will continue to move forward with the help of Martinez’s robust accounting skills and Kelly’s firm hand on the helm of the Division of Marine Operations.