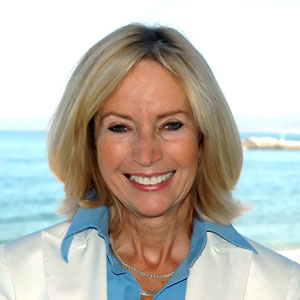 On October 21, 2009 Marcia McNutt was confirmed by the U.S. Senate as director of the United States Geological Survey. In accepting the directorship, McNutt is leaving her position as president and CEO of the Monterey Bay Aquarium Research Institute (MBARI), which she has held since 1997.

During her tenure at MBARI, McNutt oversaw a 50 percent increase in the institute’s staff, to over 200 employees. During this same period, the institute’s flagship research vessel, the Western Flyer, performed ground-breaking research from Canada to Baja California, and as far afield as the Hawaiian islands. Under McNutt’s leadership, MBARI also developed a highly successful autonomous underwater vehicle program and constructed the first deep-sea cabled observatory in the continental United States—the Monterey Accelerated Research System (MARS).

A geophysicist, McNutt studied processes within the Earth’s crust and mantle, focusing on how those processes contribute to the formation of mountain ranges and volcanoes. McNutt has participated in 15 major oceanographic expeditions and authored or co-authored over 90 peer-reviewed scientific articles. She has conducted research at the Scripps Institution of Oceanography, the U.S. Geological Survey, and the Massachusetts Institute of Technology. She also served as president of the American Geophysical Union.

As the first female director of the U.S. Geological Survey, McNutt will benefit from extensive experience serving on advisory boards for national organizations such as the American Association for the Advancement of Science (AAAS) and the Consortium for Ocean Leadership. Secretary of the Interior Ken Salazar also expressed his confidence in her background: “Dr. McNutt is a world-class scientist whose professional expertise, government experience and leadership qualities will be invaluable in guiding the government’s premiere scientific agency.”

Regarding her appointment, McNutt said, “Scientific information from the U.S. Geological Survey is crucial to solving the most important problems facing our society—finding sufficient supplies of fresh water and clean energy, and providing accurate information that allows citizens to prepare intelligently for climate change. I look forward to leading such a respected institution at this critical time.”